An Off-Grid Treehouse in Maine

An Off-Grid Treehouse in Maine 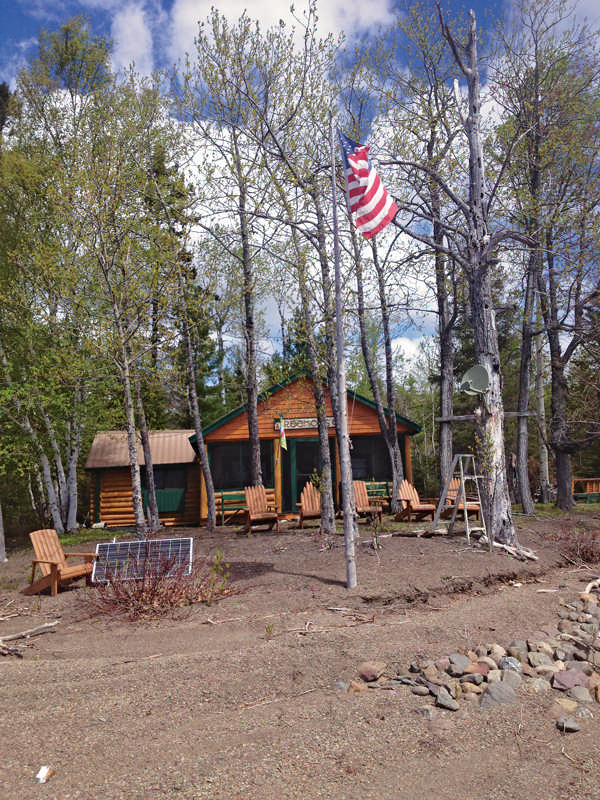 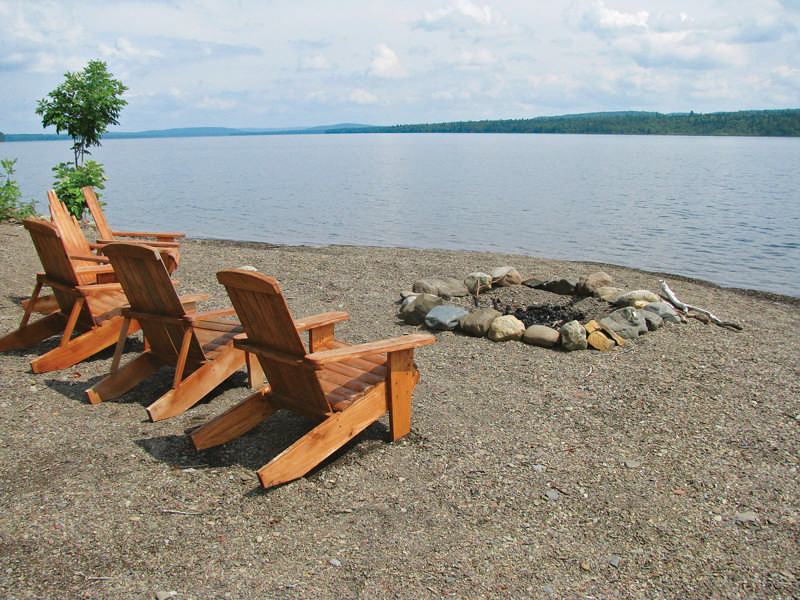 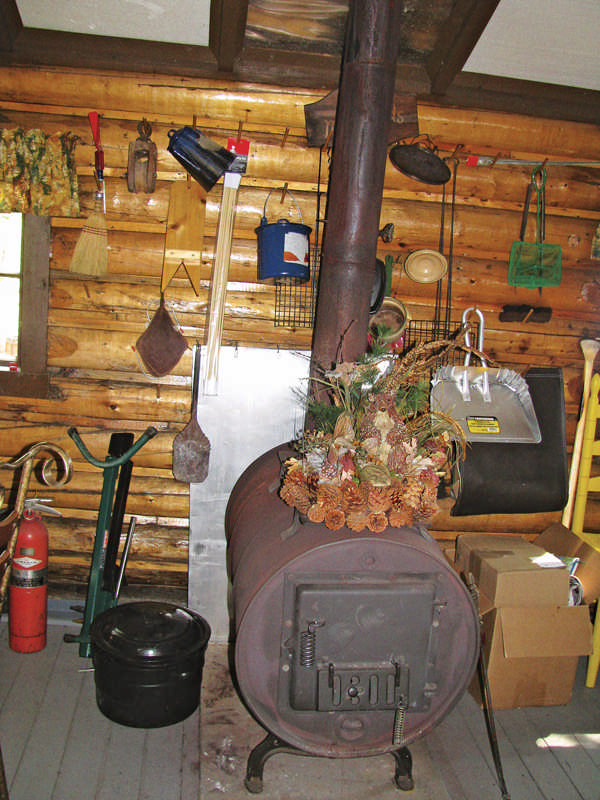 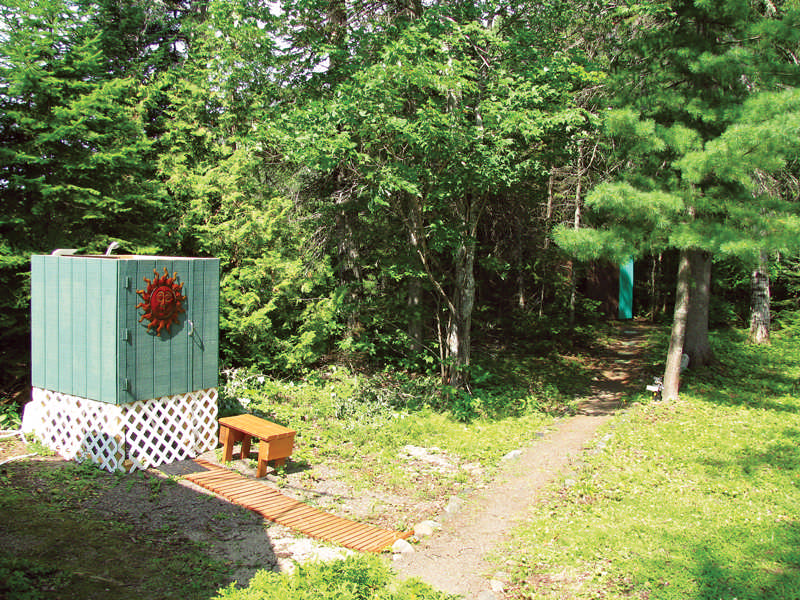 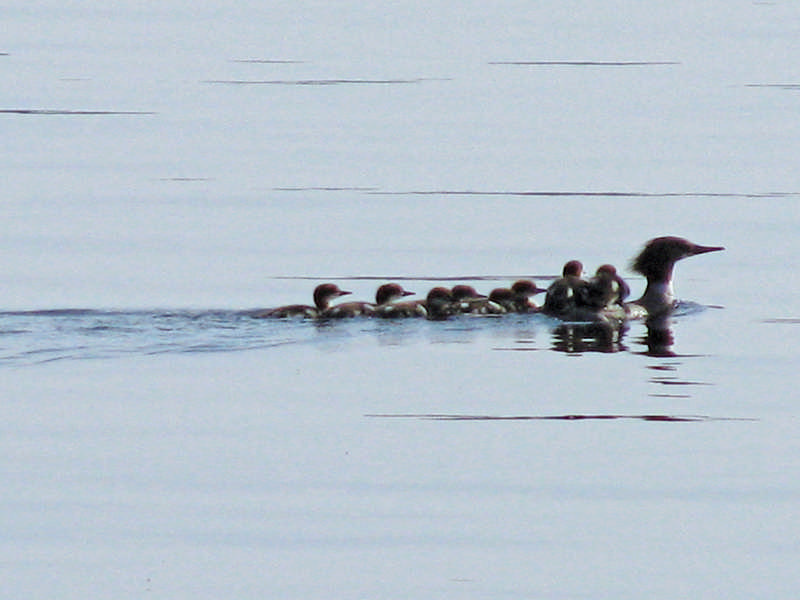 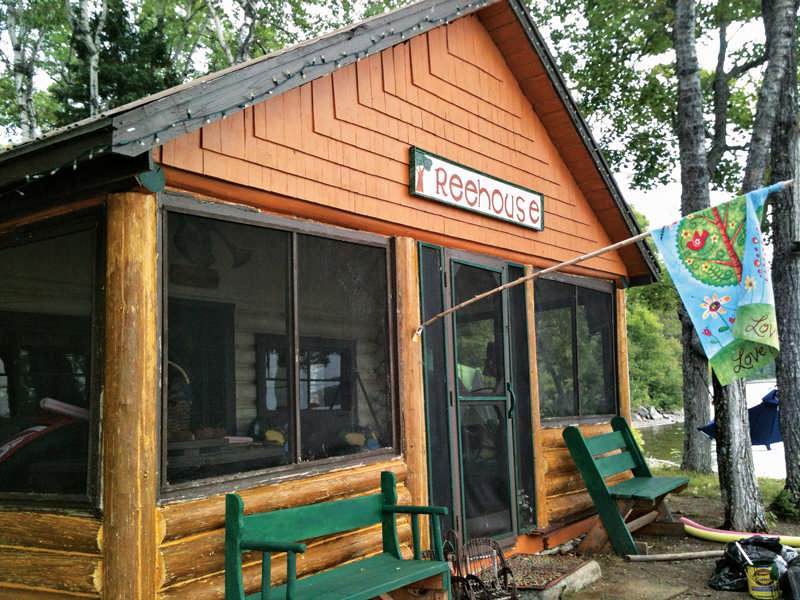 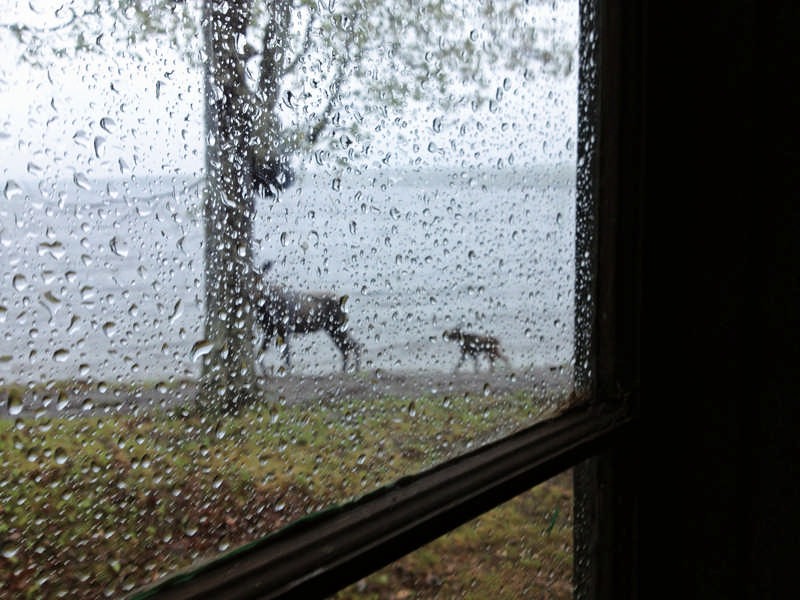 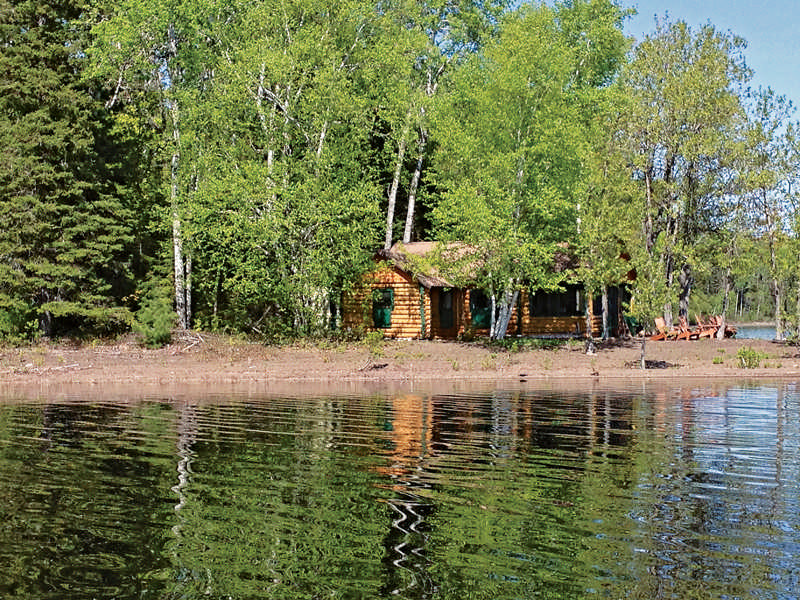 Previous Next
By Fran Sigurdsson
Growing up in New York City, Nanc Dumond always dreamed of owning a treehouse. In 2007 her dream came true. That fall, Nanc (the ‘c’ is soft) and husband, Rick, purchased an off-grid cabin on Eagle Lake in northern Maine. At the time, the couple was staying at the Dumond family cottage on the lake.
Rick hails from nearby Fort Kent in the St. John River Valley. As a boy, he recalls fishing on Eagle Lake with cousins. Part of the Fish River Chain, the 18-mile long lake teems with landlocked salmon and trout. Bald eagles soar overhead, and great blue herons and the occasional moose wade in the shallows. The Dumonds were riding PWCs in late summer when Nanc saw a “For Sale” sign on the point.
“I pounded on Rick’s back to pull over,” she laughs.
A yellow log cabin nestled among the trees close to the water’s edge. Located on the lake’s uninhabited eastern portion, the only access is by water. But when you’re surrounded by wilderness reserve – “23,000 acres of pure loveliness,” as Nanc puts it – who needs roads or utilities?
“The spot was just too spectacular to let it go,” she says.
Without even seeing the 800-square foot interior, they signed the contract. As luck would have it, a 100-year flood swept the valley in the spring of 2008. The Dumonds arrived in late May to find their new retreat 16 inches under water.  Fortunately, there was no structural damage.
“Being a log cabin with no drywall, it just had to air out,” Rick says. All the furnishings were ruined, though, except a 55-gallon steel drum woodstove used by the previous owner during ice-fishing season.
“The Treehouse,” as the Dumonds call it, is a summer getaway now. (These recent retirees divide the rest of the year between two daughters’ homes in Massachusetts and Florida.) But the barrel stove comes in handy on raw days.
Built in 1929 from trees felled on site, the Treehouse features a 24x20-foot great room. A 10x10-foot bedroom and a full kitchen (equipped with propane stove) were added on sometime later. The Dumonds lease their acre of land from the state. Everything is conveyed by the couple’s 24-foot pontoon boat.
“When we go grocery shopping, that’s a 3-hour trip,” says Rick. “We try not to forget anything.” At first, the Dumonds used coolers to store food. “Every other day, we had to run out and buy ice,” he says. Now, a propane refrigerator makes remote living easier. The couple purifies lake water for drinking with a gravity-fed Berkey filter system: Basically, water drips through a carbon filter from a big jug into another below. “The state [of Maine] is very strict,” explains Rick. “Water has to be hand-pumped or carried into the cabin.”
When they’re not toting lake water, they’re in or on it. Nanc, a co-founder of a swim school in Maine, regularly swims a ¾-mile lap to the lone neighboring cabin. The Dumonds also love to hike and kayak. Every summer, they paddle from Eagle Lake down the Fish River to Fort Kent on the Canadian border, portaging around a 12-foot waterfall.
“We’ve paddled to two of the five adjoining lakes so far with visiting friends,” says Nanc. With two trundle beds and a big queen, the Treehouse can sleep six. The Dumonds joke with guests that the cabin has a “detached” bathroom (aka outhouse). Rick added an outdoor shower stall with an Eccotemp tankless water heater for instant hot water.
Winter temperatures in these parts can plummet to a battery-numbing minus 40ºF. So Rick, an electrical engineer by trade and all-round handyman, rigged up a portable power system to supply electricity. A battery, charge controller and inverter are installed on a hand truck that can be rolled on and off their boat. A 12-volt solar panel is connected by an extension cord. When the Dumonds close the cabin in fall, the 160-pound battery is brought home to Massachusetts. There, it’s hooked up to a trickle charger until the ice breaks and the couple can return to their cozy nest.
★