There are many ways to remodel a kitchen. If you’re satisfied with your current layout, you can simply work with your current footprint. On the other end of the spectrum, you can turn your layout on its ear while removing walls, soffits and more. In this article, we tour three very different cabin kitchen remodels in
Washington, Michigan and Wisconsin that yield great ideas that you might be able to use in your own kitchen makeover.
KITCHEN #1: COUNTRY CHARM
Does your cabin kitchen feel dated and dreary? You might find inspiration in Bernice’s kitchen redo.

Bernice wanted to move from Idaho to southwest Washington to be closer to her children and grandchildren, and she found her dream retirement home on a beautiful 10-acre site near Hockinson, Wash., an area with rolling hills and dense forest. On her land, Bernice pastures her horses and sometimes her nearby daughter’s horses.

The dreamy log home has three bedrooms plus a mother-in-law apartment above the garage, so it’s made for hosting.

The kitchen was not dreamy, however. Bernice wanted to update the dated finishes. So she contacted Joel Fraley of Neil Kelly Company, a design/build firm with an office in Lake Oswego, Ore.

Bernice now has a kitchen that can keep up with her cooking and hosting. She frequently has her grandchildren over, and hosts many family events.

The light, bright and colorful new kitchen is a far cry from its predecessor. “Lighting was one of our biggest challenges,” Fraley says. His team added surface-mounted fixtures between the island and wall cabinets for general lighting. To do that, they had to go upstairs, pull the carpet back and rout a channel into the wood subfloor that would hold the new wiring. Task and under-cabinet lighting was also added. All of the decorative lighting was custom made by Meyda Lighting.

The kitchen layout was left mostly intact. “The original kitchen layout worked very well,” Fraley says, “so we left all of the major elements as is.” The only significant changes were adding an island prep sink and removing a closet that blocked a picture window that offers stunning views of the property.

The project went smoothly, which Fraley says is the norm for his team. “That’s what we excel at. Foremost is communication – setting and managing expectations, asking the right questions, getting to know your client, understanding them and what they’re going for.”
KITCHEN #2: COTTAGE-STYLE PLUS
When you entertain a gaggle of family and friends at your place, do your kitchen walls seem to move in on you, making you feel claustrophobic? If so, check out this kitchen that was remodeled to make it more effective for hosting a crowd. Bill and Denise Bull are among about 900 people who have places on 4,270-acre Walloon Lake, which is just south of Petoskey, Mich.

This glacier-fed, sandy bottom lake is quite a draw, so it’s no wonder the couple’s friends and family, as well as their teenage daughter’s friends, travel north to enjoy Bill and Denise’s hospitality at their vacation home.

The problem when they bought the place: The kitchen wasn’t quite up to the task. So they sought help from Liz Firebaugh of Signature Kitchens in Petoskey, Mich., and Vee Mossburg and Jill Nuding, both of Cottage Company Interiors in Harbor Springs, Mich.

Bill and Denise travel about four hours from their suburban Detroit home to their lake cabin, which has four bedrooms plus a guest suite over the garage. They named their cabin “Bull’s Den” after they purchased it about two years ago. Mossburg explains, “There are bulls sprinkled throughout the cabin, including bulls carved  into the great room fireplace, master bathtub, outdoor fireplace and a ‘Bull’s Den’ sign with a bright red bull on it that greets visitors at the beginning of the driveway.”

The previous kitchen felt tired to Bill and Denise, and it didn’t meet their hosting needs. “The owners are accomplished hosts for the multitude of guests they share their beautiful home with, including family and friends,” explains Firebaugh. “They wanted a space for entertaining and easy cleanup, plus a fresh look with a pop of color.”
KITCHEN #3: NORTHWOODS FLAVOR
Does a pint-sized cabin kitchen have you steaming? Before you go knocking down walls, consider Eric and Lori Lorenz’s kitchen update.

The couple makes tracks for their retreat on Whitefish Lake, Wis., every chance they get. They gladly make the four-plus-hour drive from their home in greater Milwaukee because Whitefish teems with year-round outdoor fun.

Whether snowmobiling or paddleboarding, Eric and Lori are sure to have a crowd in tow. In addition to their three grown children, the couple regularly hosts large gatherings of family, friends and church groups. But when mealtime came, the old existing kitchen peninsula led to bottlenecks.

The Lorenzes sent an SOS to Anna and Jeff Burns of the design/build firm Brookwater Construction (Delafield, Wis.).

“Now we have a terrific gathering space that exudes warmth and charm,” says Eric. Best of all, there’s no need to change out of swimsuits or miss sunsets to go out to eat; they can just stay at the cabin for meals. 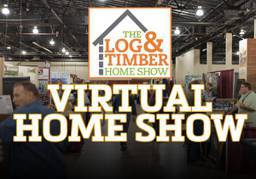