Plus 11 Smart design ideas from the experts! 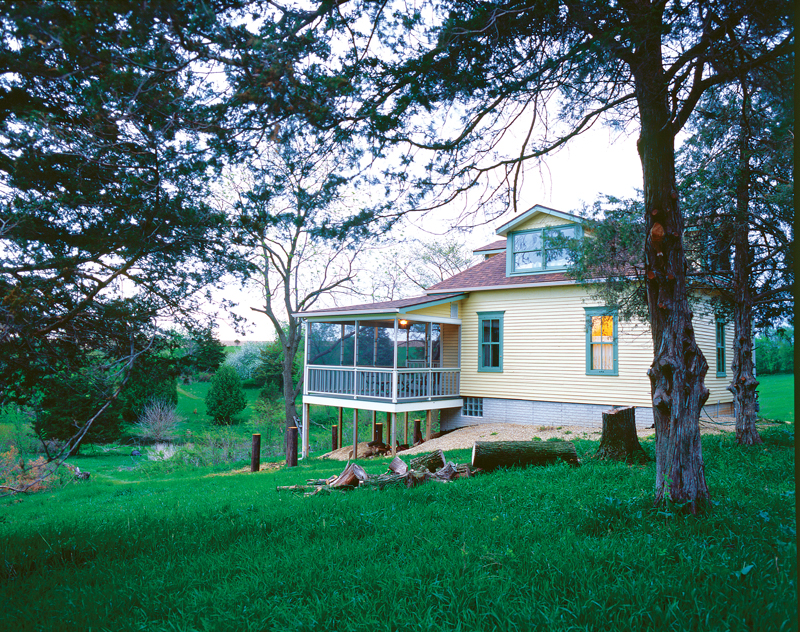 This screen porch almost equals the size of the enclosed cabin thus greatly expanding the cabin’s summer livability.
I would never claim to fully understand carpenter logic, but after working with numerous builders for the past three decades, I can attest to how often they critique my designer logic. 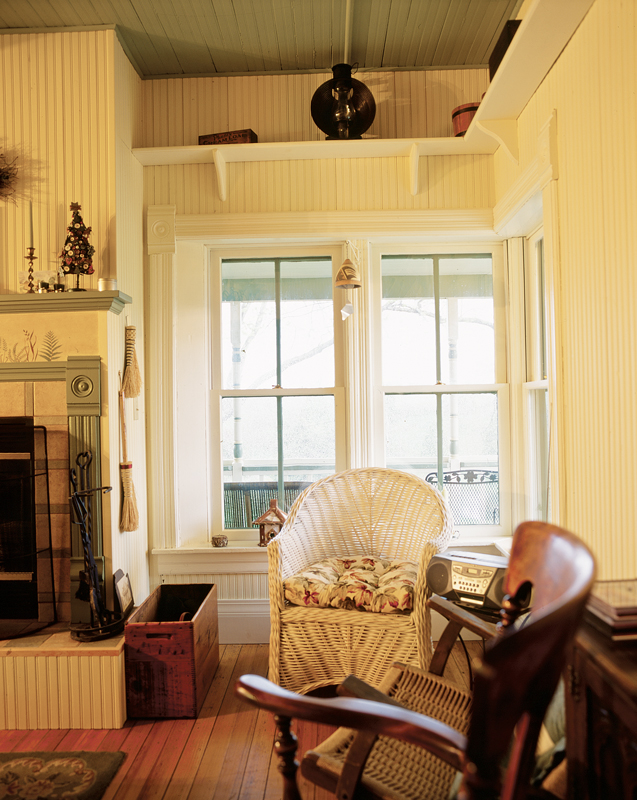 This 24x24-foot pattern book home was built in a small town and later picked up and moved to a rural area to serve as a cabin.
We architects perceive an end state: an ideal, beautiful cabin. On the other hand, a builder sees a process: a foundation first, then a frame, then a roof and so on. Architects and builders engage in design and construction “speak.”Each needs to understand the other exactly. And the instructions need to be clear to the many subcontractors who play their part in the final structure. Mechanical installers need a space for ducts, horizontally and vertically, and electricians need room for switch boxes next to doors and power supply into beams when decorative lights hang over dining tables.

Building materials in North America have a 16-inch, 4-foot and 8-foot modularity, construction lengths/widths/spacing are standardized so they can easily work with each other. Sixteen inches is the common modularity or spacing of studs and joists. 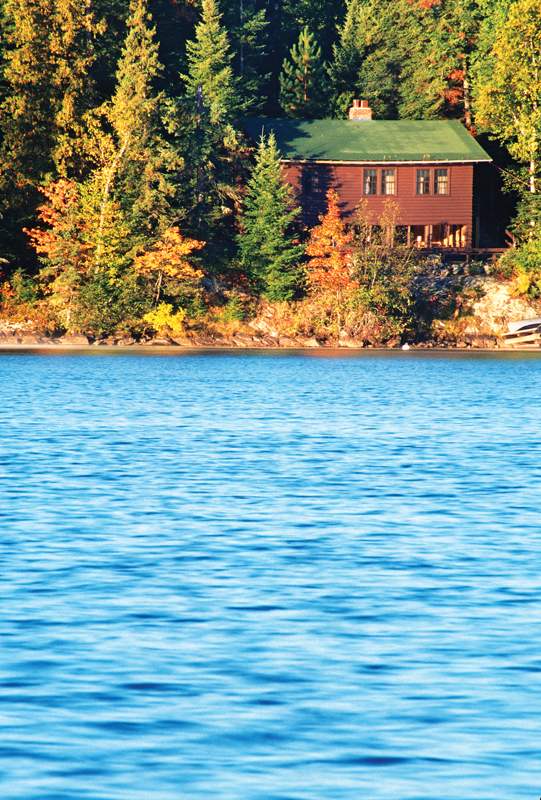 The setting is all that’s needed to enrich this 20x30-foot, two-level cabin.
For sheet goods of all kinds, plywood, sheet rock, interior paneling, floor underlayment and more, 4x8 feet is standard. Concrete blocks are 8x16 inches, which when multiplied equal a 4-foot modularity. Lumber is available in 8-, 12- and 16-foot lengths. It’s, therefore, not surprising that many house and cabin plans have dimensions divisible by 4 feet. At the turn of the previous century, pattern books were a common means of finding house, cabin, barn and even chicken coop plans. Radford Details of Building Construction of 1903 highlights a summer cottage with outside dimensions of 34x40 feet. Structures of that era modularized horizontally, using the standard sizes, but not vertically, as balloon framing was employed in the walls. Balloon framing involves longer studs that extend from one story to the next as one piece. After World War II, plywood and drywall became commonly used in residential construction, and 8-feet ceiling heights were the norm. Sheets of 4x8 feet remain common today, but 4x9 foot and 4x10 feet have been added as homes have become taller. 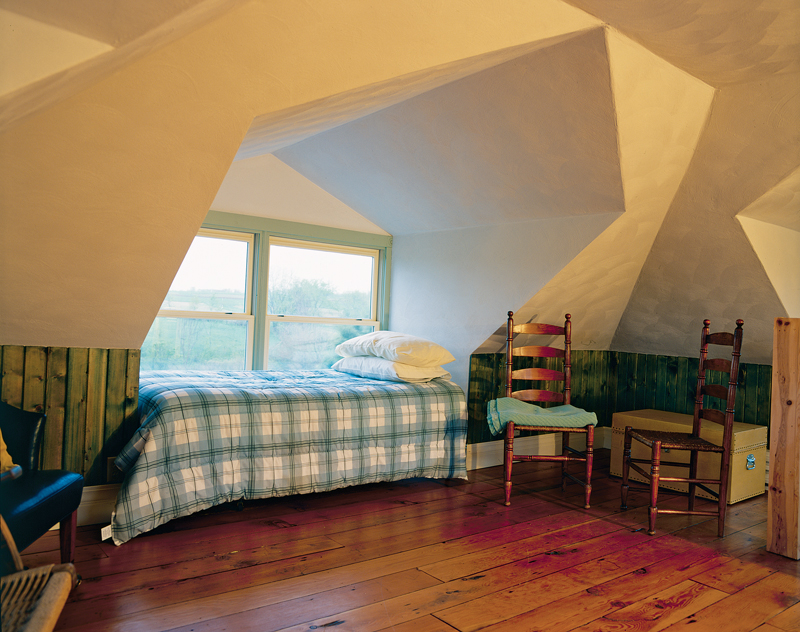 A roof dormer becomes a special guest sleeping alcove through the inclusion of a bed.

Even though all architects and builders are using standardized elements, there are many design and building components that can vary. So to make the process easier, a few builders I work with and I created a list of some smart ideas we could employ in our projects when laying out a cabin design. Here are a few suggestions to keep in mind if you’re thinking of building and working with an architect and builder: 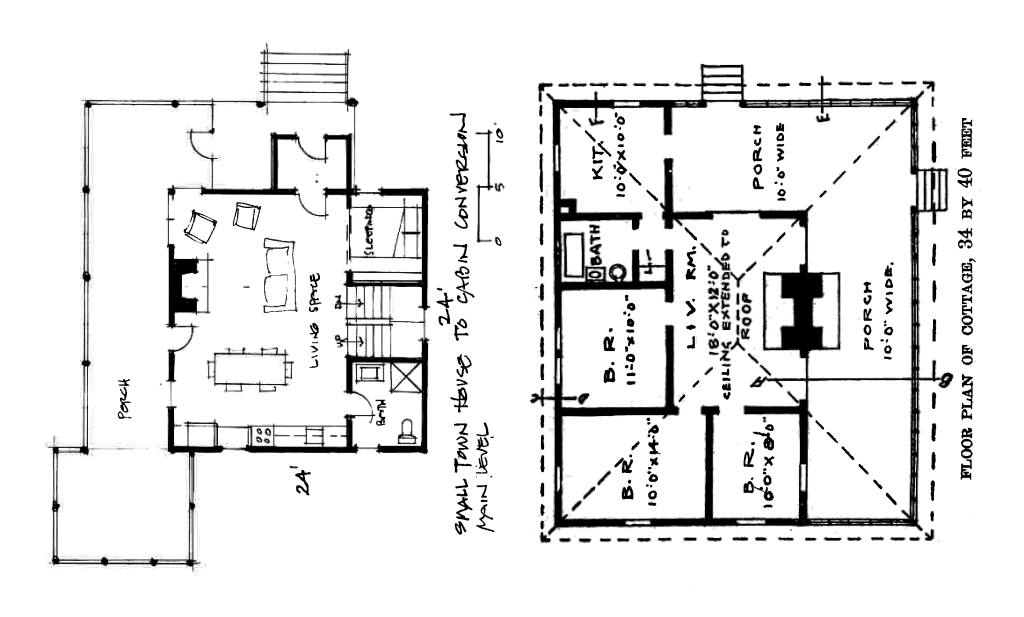 This 24x24-foot pattern book home was built in a small town and later picked up and moved to a rural area to serve as a cabin. 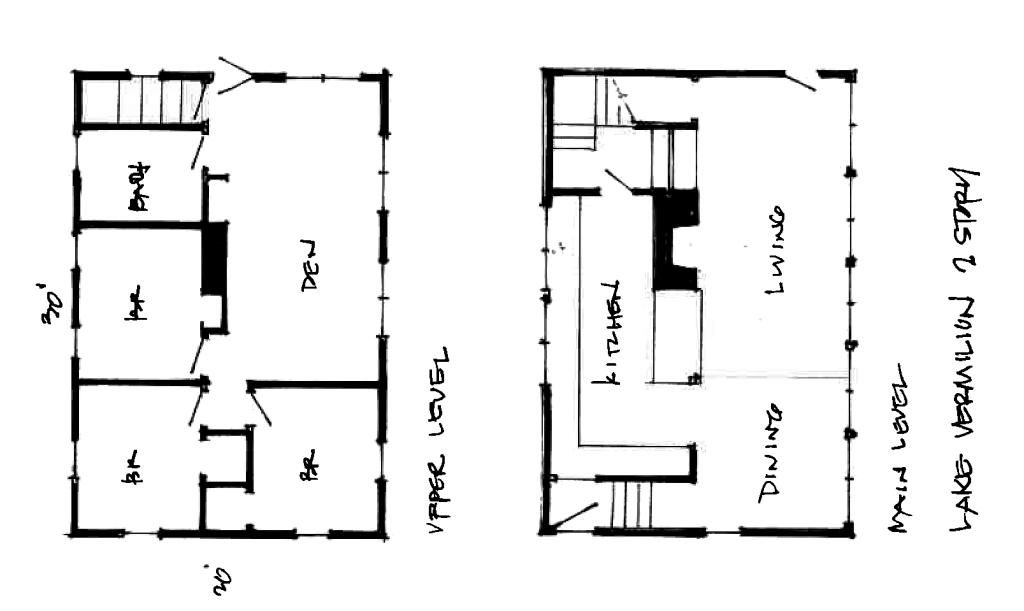 At the turn of the previous century, pattern books were a common way to find cabin or cottage plans. Radford Details of Building Construction of 1903 highlights a summer cottage with outside dimensions of 34x40 feet.

Where did that come from?

Uncertainty reigns as to the origins of 16-inch modularity. It is approximately the distance from a person’s forefinger to elbow, an ancient measurement called a “cubit.” Axe handles are 32-inches long, and for more than a century a cord of wood has been three stacks of 16-inch split wood, 4-feet high, 4-feet wide and 8-feet long. If you know the answer to the lineage of 16-inch modularity or want to hypothesize something, send me an email: dmulfinger@salarc.com. Cabinologist Dale Mulfinger regularly designs cabins with Minnesota-based SALA Architects, teaches cabin classes and gives talks on cabin design across North America. He has authored five cabin-centric books.