A love for a tree house is handed down from mother to son.

A love for tree houses is handed down from mother to son. 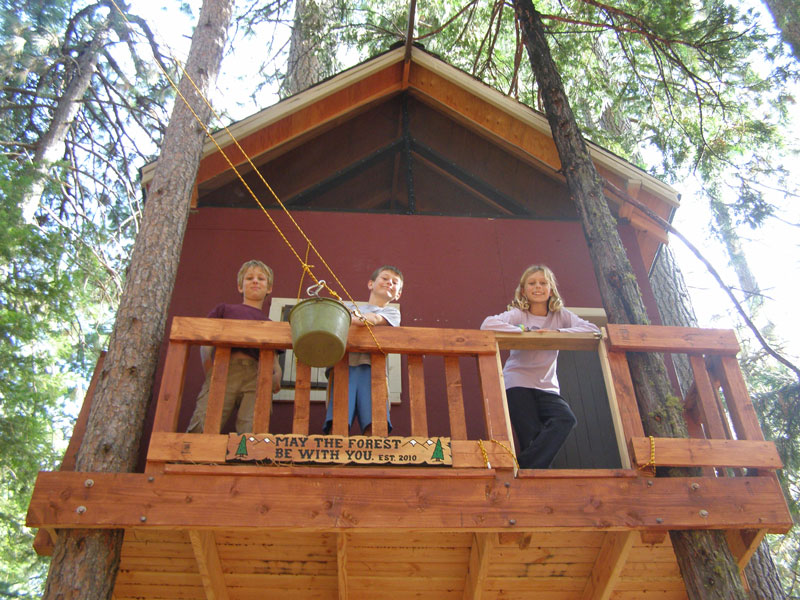 I grew up climbing trees – big ponderosa pines in the Rattlesnake Mountains of western Montana. When I needed a place to think, imagine, play or read, I’d climb my favorite tree. It took concentrated effort to mount the lowest branch. Until my fifth-grade growth spurt, I had to jump from a small stack of rocks to reach it. I’d wrap my arms around the branch and then scramble up the rough bark until I could just hoist a leg up. Once I gained a perch, the rest of the tree was easy pickings. Sometimes I headed for the vast views afforded in the top branches. Other times, I settled into the anonymity and camouflage of the trunk and its many forks. One particularly sturdy branch ended in a hand-like cluster of branches that could cradle me for hours. 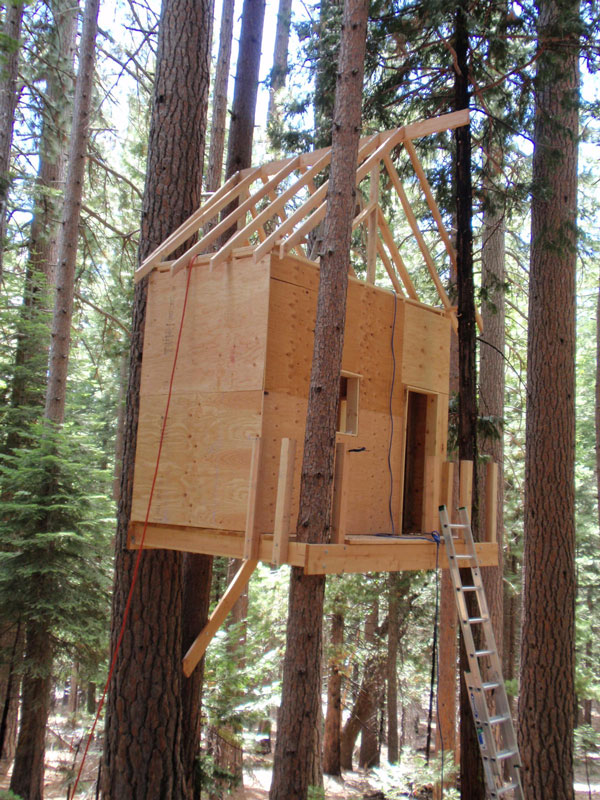 During the long days of summer, my sister and I ran with a pack of competent neighborhood girls who loved building tree houses. Any plank of wood would do. We treasured squares of plywood and 2x4s left over from adult projects. Day in and day out, we’d haul building supplies up trees, constructing elaborate, multi-leveled forts. Then we’d tear them down and lug the components across gullies, through meadows, and up better trees just to rebuild them in different formations. We lined these sky-high forts with scraps of harvest-gold shag carpet or clumps of harvested moss. We furnished them with rounds of firewood borrowed from our families’ woodpiles. We named the forts based on their proximity to noteworthy landmarks such as “the crooked tree,” “the irrigation ditch,” “the gravel pit,” and “the switchback bush.” With such strong roots in the treetops, I longed for my son to know the same joy. So, when my husband and I decided we needed a place to escape the bustle of the San Francisco Bay Area, we considered only cabins surrounded by big trees. I knew no cabin would be complete without a tree house – the kind I dreamed of building as a child. Thanks to the inspired, construction-oriented mind of my brother-in-law, the strong back of my husband, and the help of a handy neighbor, a tree house was born. It took a while for my 10-year-old son and his cousins and pals to figure out how to use it. Even now, after having it for several years, it takes a little time for these soccer-playing, Wii-gaming, highly scheduled children to shake off the constraints of their suburban lives. 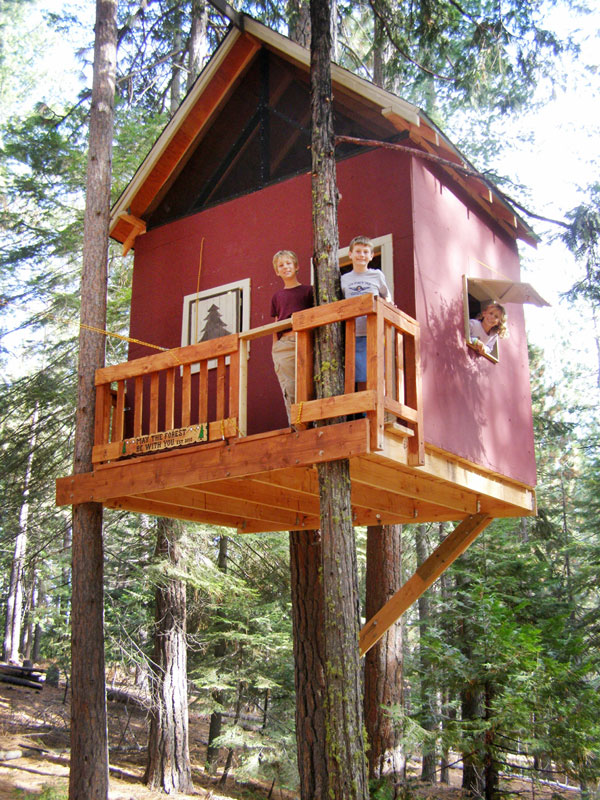 At first, the kids pick up wilderness treasures cautiously with thumbs and forefingers. They brush the dirt from their hands on the backs of their pants. They complain about minor scrapes and cobwebs. “We’re bored,” they say. “What can we do?” But it never takes long for them to settle into the forest. Eventually, they cease to notice the dirt. They turn over rocks and eagerly grab and examine the centipedes underneath. They turn a fallen tree into a pirate ship. They craft elaborate schemes to spy on grown-ups, capture coyotes or rescue abandoned baby birds. The tree house becomes headquarters for it all. Then, as night falls over the forest, the kids nestle into their sleeping bags and stay up well past the cabin-dwelling adults. All the day’s adventures are dissected, relived, exaggerated and committed to memory in the dark. Although the tree house was designed and built by adults, it is continually altered and improved upon by my son and the other kids. A bucket attached to a pulley system between the cabin deck and the tree house now delivers books, games, sandwiches, walkie-talkies, and actual hot spuds for games of hot potato. A system to rescue and remove spiders is in the works. And the kids have launched a persistent, multipronged campaign to lobby for a curly slide from the tree house deck to the forest floor. I’m told the last curl must point downhill to serve as a launch ramp for sledding. Months of debate over a name for the tree house ended in a stalemate, so the kids settled on a slogan instead: “May the forest be with you.”

The Perfect Ax for Chopping Firewood

How to Paint Pre-Finished Furniture

This DIY Helps You Clean Your Fridge Coils