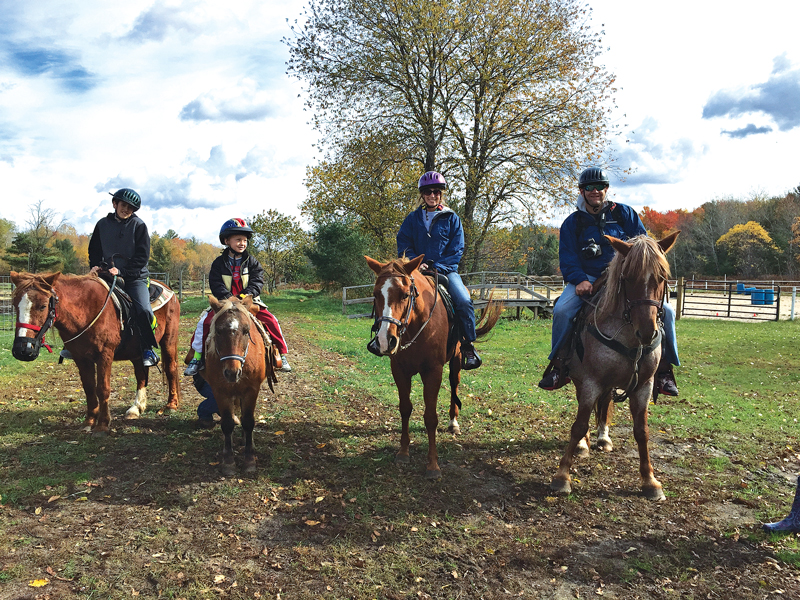 My heart had sunk into the pit of my stomach the moment I had seen my children’s revised school schedule. Now that the superintendent had adopted the “balanced calendar,” classes resume at the end of July. That meant that arguably the best month of cabin season was no longer an option for my family. A lump had formed in the back of my throat as I mentally mourned the loss. Goodbye, hot and hazy, long and lazy, carefree and crazy days of August. Adios, late-summer festivals, fairs and follies. Sayonara, skiing circles in the cove to escape the oppressive humidity. The new schedule did offer one bright spot, however; we now get a two-week fall break, which means we can explore a new season of cabin fun. 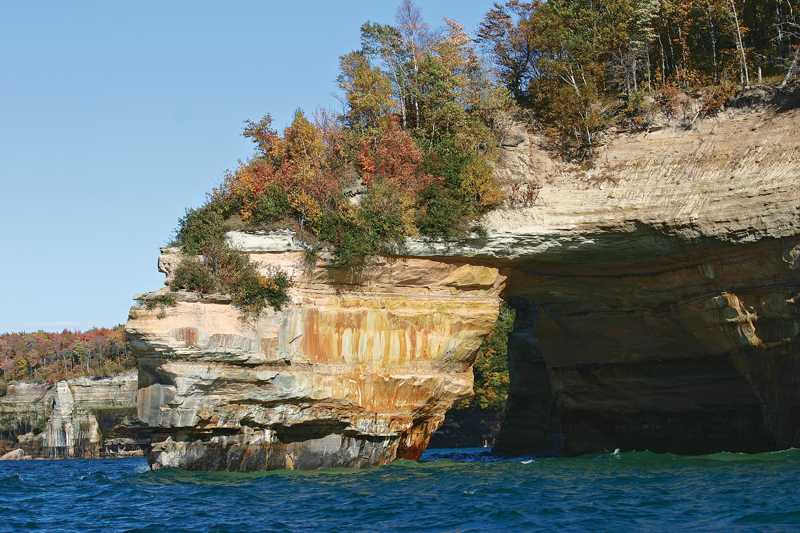 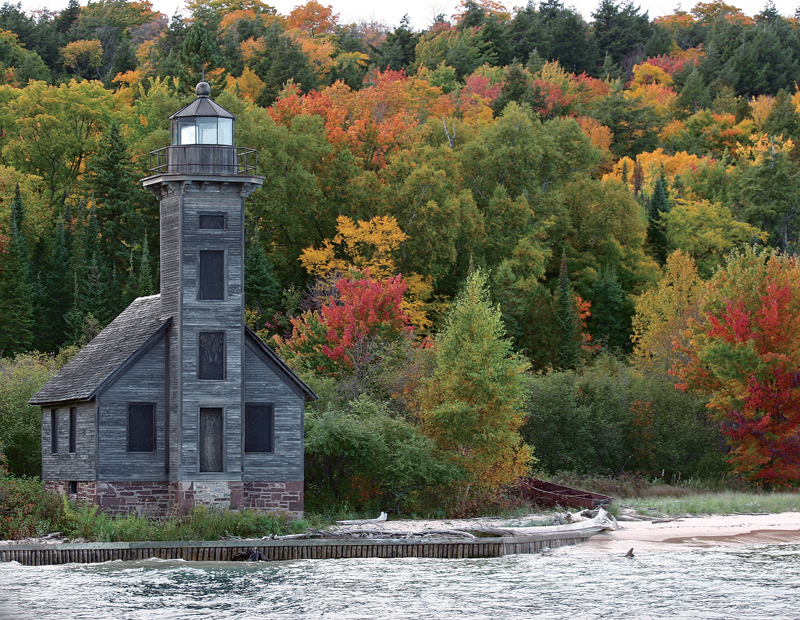 “It’ll be different than summer,” I explained to the boys as we drove to the cabin in mid-October. “We won’t be swimming, tubing or paddle boarding.” Trevyn gasped as if he’d just swallowed a bug. Clearly, the cabin minus water sports sounded mighty boring. When we turned down our cabin’s gravel lane, we were met by an unfamiliar but breathtaking backdrop. The trees that lined our property sported vibrant hues and rustled in the autumn’s gentle breeze. The sky was blue, just like in summer but offered a softer, subtler tone. And the warm, fresh air was noticeably vacant of sound. The boys busted down to the shoreline where they stood in awe of the naked cove. A lone dock remained in the water as a single seagull flew overhead. “Wow,” Trevyn muttered. “It looks so … different.” “Yeah,” Kyler agreed. “It’s like nature is untouched.” That first evening, we were greeted by mild temperatures and zero breeze. Overnight, however, a cold front blew through, and we awoke to whipping winds and spitting snow. By noon, two inches of powder blanketed the very ground where my boys stood shirtless the night before. 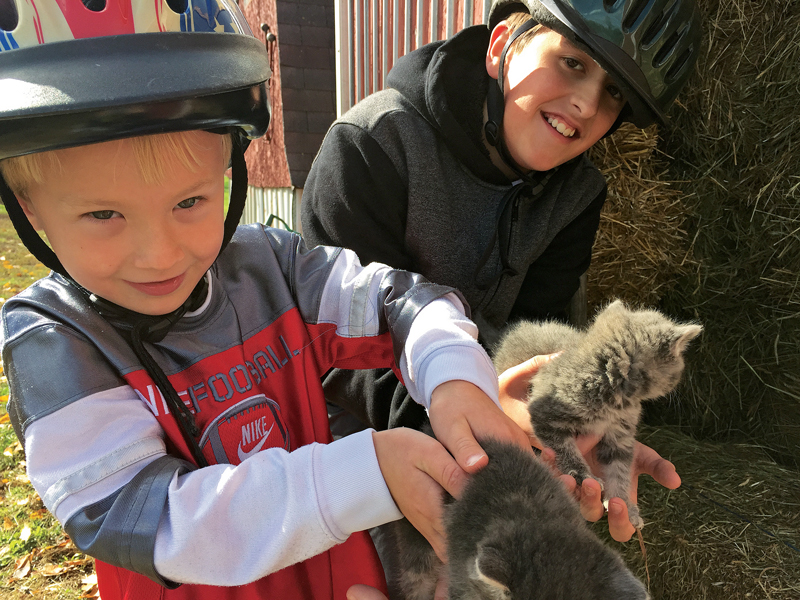 But we didn’t let fickle weather hinder our fun. We found a nearby ranch, and our family went on a trail ride through the woods on Cinnamon, Star, Annie and AJ. As we meandered the colorful forest on our chuffing horses, the sky rained a swirling stream of golden, ginger and crimson leaves. Save for the sound of crunching leaves and sticks and the occasional call from a bird in a neighboring tree, the forest was still. I adored the quiet reflection time, though the boys’ favorite part of the outing was nuzzling the owner’s litter of gray meowing barn kittens after our ride. The following day, we crossed the Mackinac Bridge into Michigan’s Upper Peninsula to take the Pictured Rocks Boat Tour. Appropriately named, the tour promised an impressive up-close view of the multi-colored sandstone cliffs that stretch for 15 miles along the south shore of Lake Superior. Throughout the three-hour excursion, the guide shared fun facts about the Great Lakes. For instance, Lake Superior holds as much water as all of the other Great Lakes combined, plus three additional Lake Eries. The guide also mentioned that in the heart of winter, Munising Bay freezes over with three feet of thick ice. We passed a tiny lighthouse that was last inhabited in 1907 by the keeper, his wife and their 12 children. I found the history of the small structure fascinating, but the tidbit my sixth-grader honed in on had to do with the area’s average annual snowfall: 250–280 inches. 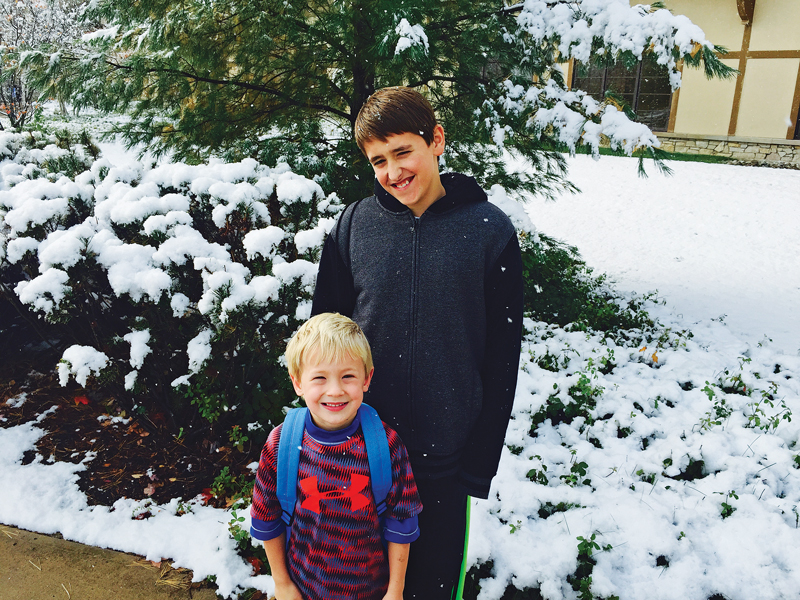 The guide noted that during the previous winter, 5 feet of snow fell in a two-day period, closing school for half a day. Kyler’s eyebrows shot up. “Can you imagine?” he said. “Back home, we’d be off for at least a week!” A balanced calendar may sting come late July, but in that moment, at least, our superintendent was a bonafide superhero in my son’s eyes.
★