Learn about your cabin neighbor, the great blue heron. 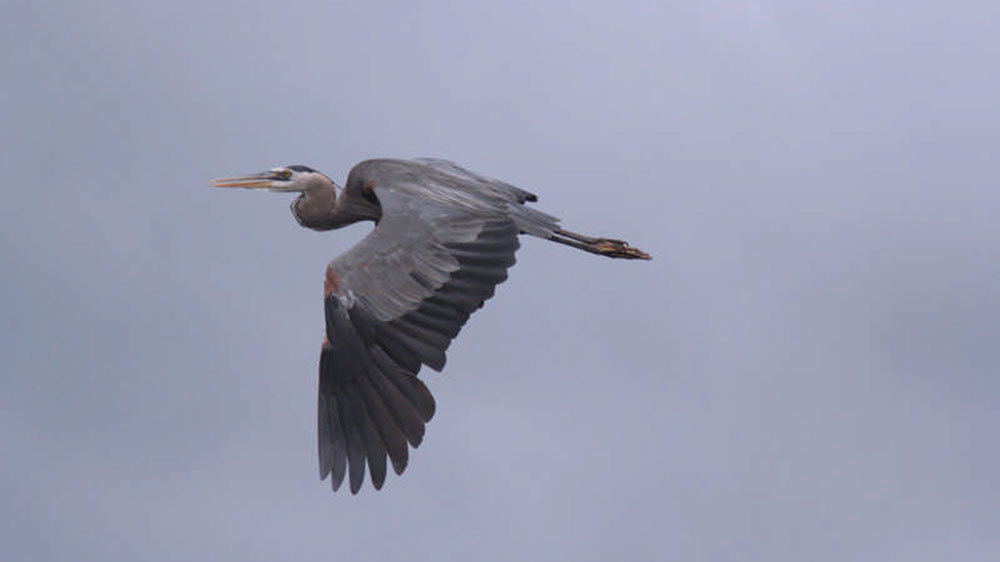 As the ice goes out on the rivers, and spring hints on southerly breezes, the great blue heron returns to lakeshores, marshes and tributaries. This big bird is a dedicated hunter, wading stealthily in a never-ending search for fish, frogs and anything else that can be speared and swallowed whole.

Often known by local names, the “blue crane” is not really a crane. In so many ways it represents all herons as a perfect example with its kinked neck, colorful lores (the region between the eye and bill on the side of a bird’s head), long breeding plumes, and a raucous voice that has earned it another nickname, “Ol’ Cranky.”

Herons build their nests high up in trees, living in large colonies known as rookeries or heronries. These action-packed places are usually shared by a number of nesting species, all fish-eaters with a diversity of shapes and colors. The presence of a feeding heron does not necessarily indicate that a colony is nearby, since herons will fly more than 15 miles from their flimsy nests to find the best hunting.

Herons are solitary hunters but are social nesting birds. The bustling activity of a nesting colony is punctuated with a variety of cackles, coos and croaks. Wing-flapping and dancing is ever-present. Upon returning to the nests, herons greet their mates with elaborate displays. Such a fancy display may ease aggression and anxiety as the bird switches from lone and lethal to family bird