DIY: Adding a Pergola to a Cabin Deck

Inside the DIY: Adding a Pergola to a Cabin Deck

A need to shield the sun while still enjoying the outdoors led to this gorgeous addition to a cabin deck space. 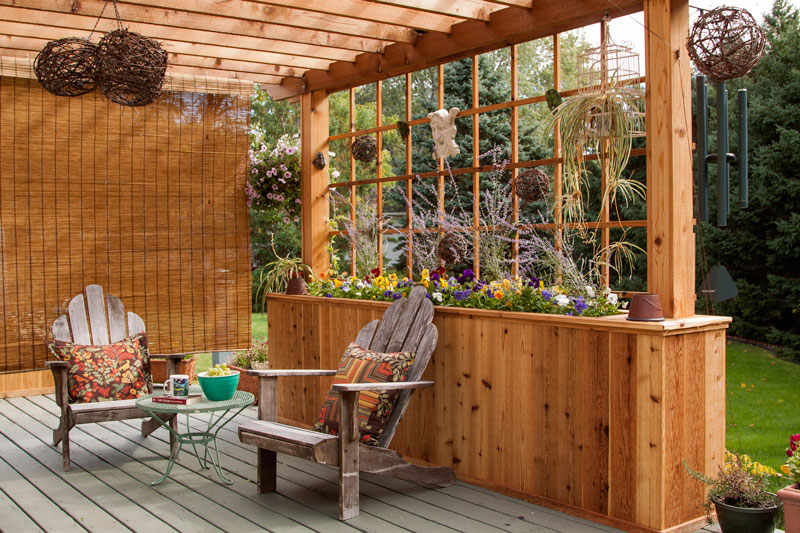 It started as most cabin-related projects do: We were out to solve a problem. My wife, Linda, and I wanted to be able to enjoy our deck during the morning, afternoon and early-evening hours, even when the sun was overhead and at its hottest. An open-air pergola seemed like the perfect solution to bring a little relief from the sun while creating a wonderfully welcoming outdoor hangout. And so a project was born. 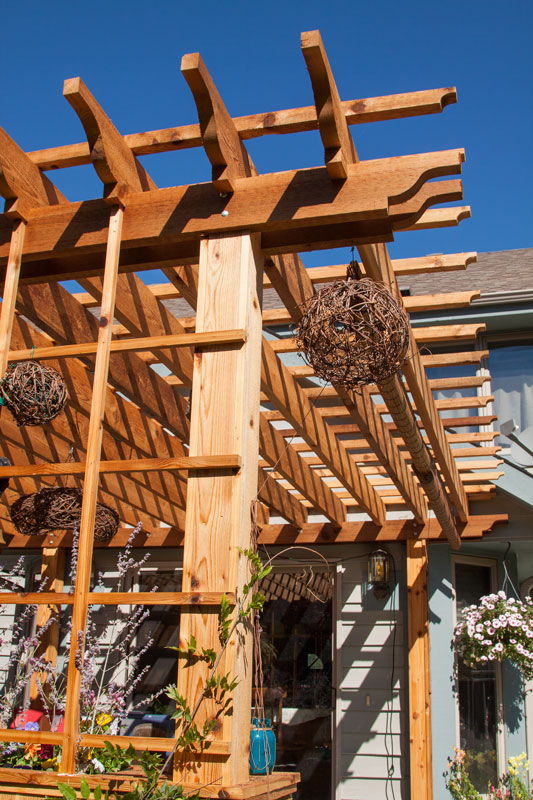 It was during the spring of 2014 that a friend introduced me to SketchUp, a free 3-D modeling software program. We spent an afternoon entering the dimensions of our deck, our longitude and latitude, and the direction our deck faced. Then I chose a style for the overall look of the boards and details for the joist and header ends. I decided to make the entire structure out of rough-cut cedar with an oiled finish to give it the rustic look I wanted. Because our deck was also in need of refinishing, we painted it with an exterior elastomeric finish in a soft gray-green color. The natural cedar added a nice contrast.

With the design finished and a cut list for the lumber, I mapped out the perimeter of the pergola. I laid out the four corners and removed deck boards before installing the 4x4x10-foot posts, anchoring them to the deck supports. These corner posts would support the 2x6 load-bearing headers on the exterior wall of the cabin and the opposite side of the deck. For the structure’s tail ends, I selected a traditional Windsor-style pattern and made cardboard templates to transfer the design onto both the 2x8 joists and 2x6 headers. Once cut, the joists were then notched to fit the headers on the exterior wall side of the deck and the double headers on the opposite side. I screwed everything in place with coated deck screws to prevent rusting. Perpendicular to the joists, I ran 2x2 cedar strips ripped from 2x4s to create a nice counterpoint. I knew I wanted to grow wisteria over the pergola roof, so it needed to be sturdy. 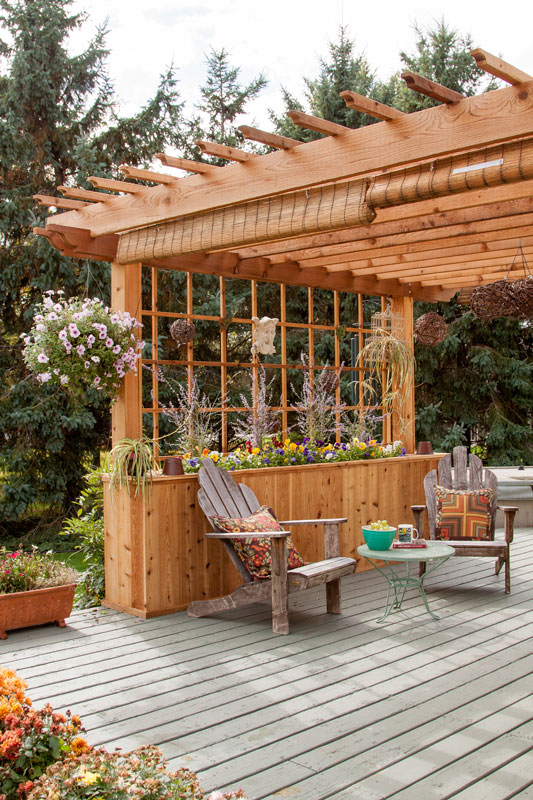 During the design phase, I decided to replace the bench seat between two posts with a trellis wall rising out of a planter box. The planter box is about 32 inches tall, and the trellis extends out of the back of the box. The planter box is lined with ¼-inch cement-fiber board with drainage holes at the bottom. The drainage holes allow us to plant year-round: snow peas and flower vines in the spring and summer, chrysanthemums in the fall and winter. After completing the pergola, I decided to replace the bench on the left side of the deck with another planter box, this one only 16 inches high. We’ll use that planter to grow herbs for all of our cabin cooking needs. 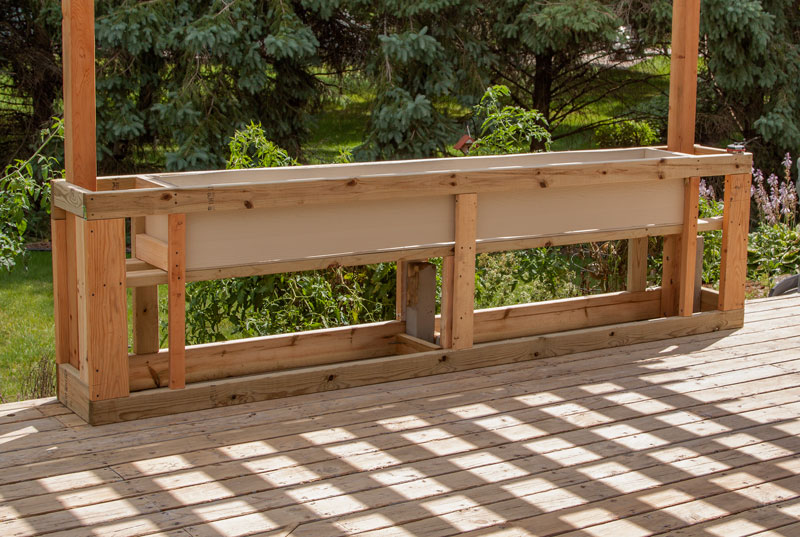 Ray Kast spent 40 years remodeling for clients. Now, he finally gets to work on his wife’s “honey-do” list.
★