Wisconsin Lakeside Cabin Before and After

Before and After: The "Christmas Cottage"

Back entry, AFTER renovation

Back entry, BEFORE renovation

South side, DURING renovation

South side, BEFORE renovation 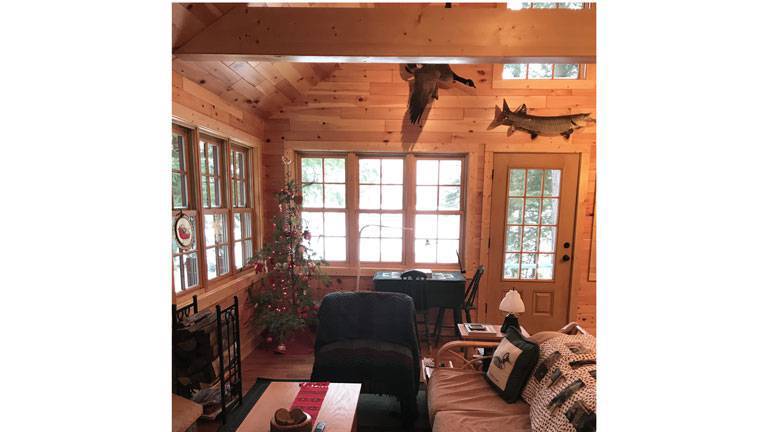 When Dale and Terrie Pohjola first purchased their Wisconsin cabin in 2001, the property had already seen four previous owners since its establishment in 1935. Located on a prime lakefront lot, the structure had morphed over the years from a one-room cabin to an 860 square-foot home with poorly planned rooflines (think: major snow load issues) and crumbling foundation piers. Terrie writes that “each section moved in its own direction every winter, creating cracks which allowed unwelcome varmints to enter.”

The Pohjolas made immediate repairs to the foundation and roof, which they then enjoyed for 10 years. But in 2013, the cottage was hit by a strong windstorm and consequently suffered serious water damage. The Pohjolas knew it was time to either renovate or rebuild. Ultimately, that decision was made for them.

As it turns out, “the odd shape of the lot, location of the septic and well, and the local setback requirements” took the option of a tear-down off the table, Terrie says. The exterior walls and existing footprint would have to remain. So, they opted to renovate.

The Pohjolas worked with a builder to come up with a few smart solutions, like a new roof and changing the gable ends to face toward the lake to maximize views. The new design also allowed the Pohjolas to completely eliminate all but one of the existing interior walls, creating a whole new, wide-open floor plan.


The old cottage exterior was completely encapsulated with foam board, cedar siding and new windows. Then, once the new roof and exterior was completed, Dale started the interior demolition. He demoed the entire inside of the cottage with the exception of one structural wall. 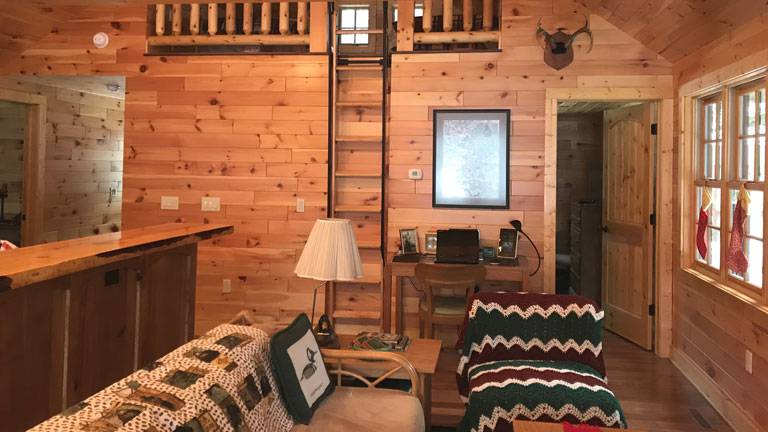 Terrie writes that they were unfortunately not able to save many original cottage materials. They were, however, able to save the original knotty pine and install it inside the storage areas above the master and in the loft. “We also saved many of the original hand sawn 2x4s from the interior walls and used these to create the two bathroom vanities and mirrors,” Terrie says.

While the footprint is the same, the new open floor plan and ceiling height make the cottage appear so much larger. All in all, the renovation took about two years, and in October 2015, the Pohjolas happily moved back into their completely transformed cottage. But before sealing everything up and moving back in, the Pohjolas did leave a little surprise for whoever comes next in this cabin. “Before we closed up the last wall in the hall closet, we added our own time capsule for the next owners to find sometime in the distant future,” Terrie says.


Now, thanks to the new exterior color scheme, family members have nicknamed it the “Christmas Cottage.” Pretty fitting for a place where everyone gathers for holidays.
See also: This Family Retreat Blends Cottage and Cabin Styles
★