The government is no typical landlord. Learn about cabins on national forest land and what that means for your property rights. 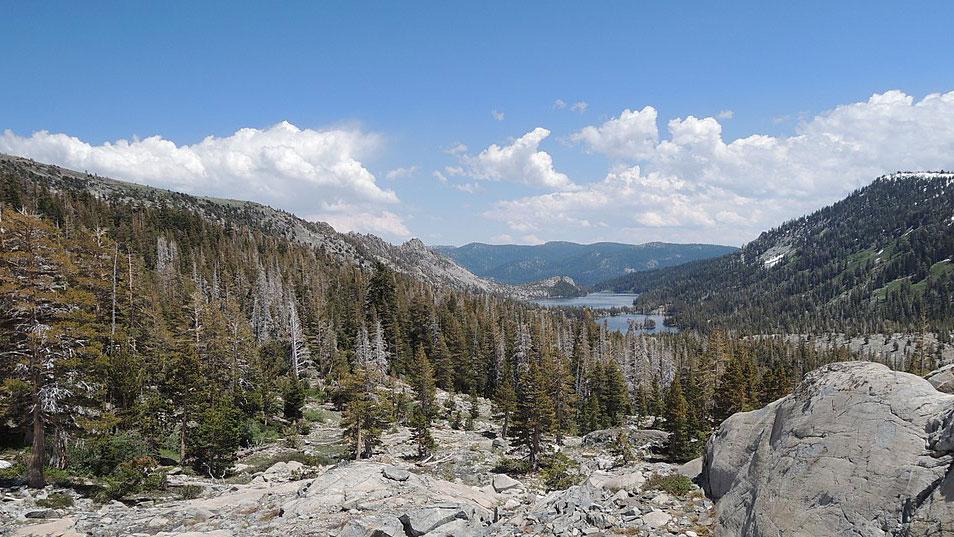 Meredith Randall has been going to the family cabin in California’s Eldorado National Forest since she was a baby. In fact, her family has owned the four-bedroom cabin facing a rushing mountain creek since the 1930s. Her first cabin memories include her grandparents, and now she brings her own children to a favorite rock in the stream where the sun warms cold feet after a brave dip in the snowmelt.

Like most cabin owners, Randall is in love with her corner of the world. “It is such a sense of belonging, here in what we call 'our little forest.' When you live in a national forest, there’s no fences, no signs. It’s such a treasure,” Randall said.

But Randall’s cabin is a little bit different. While she owns the nearly-100-year-old cabin, she does not own the land beneath. Instead, the land is “permitted,” allowing her to preserve and maintain the cabin on Forest Service land. Smack in the middle of public lands, it provides both fantastically beautiful scenery and notably difficult paperwork.

Randall’s cabin is part of the Recreation Residence Program (RRP), a 1915 federal program started by Congress to encourage families to spend time in what was then America's new national forests. Between 1915 and the 1950s, when the Forest Service stopped issuing building permits, about 19,000 cabins across the United States were constructed–most in California, Oregon and Washington. Some are historic enough to warrant preservation status, while others are simple shelters with few amenities.

Since 1960, the government has not opened any more tracts. The only way in is to buy a cabin already in the program.

This kind of cabin ownership is a unique blend of public and personal, of amazing location and strict rules, of history and heritage. 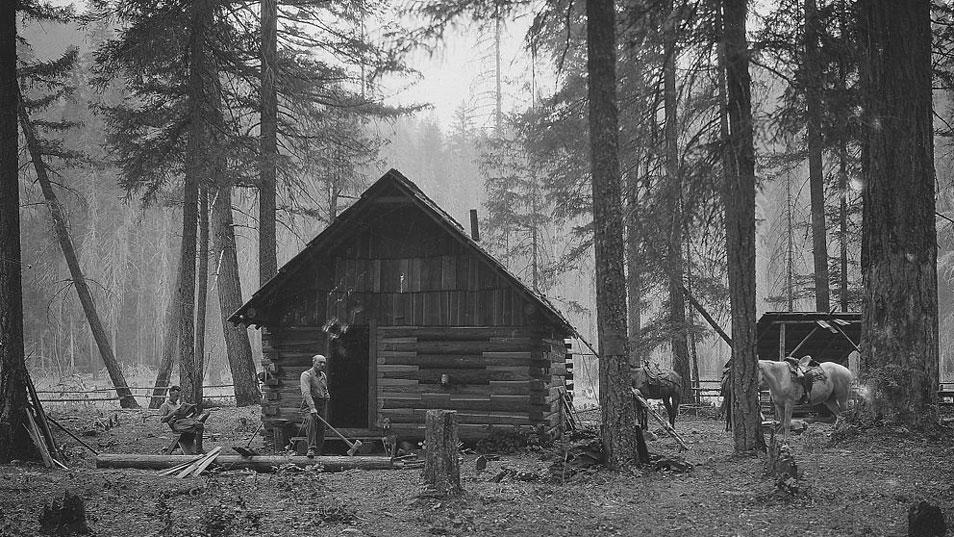 “When I was a kid, we went to the cabin the day after school let out and returned the day school started, and my dad commuted on weekends,” Randall said. “There’s a deep sense of belonging. There’s something different about these cabins.”

While the location is fabulous, the rules and restrictions that govern RRP cabin use, upkeep and sale are equally striking.

No fences to keep out wandering forest users, no new porches, only native plants are allowed and they are not to be used in a garden under any circumstance. Need to replace a window? You will have to place a request in writing, and the new paint color must match the historical colors of the cabin and blend with the forest.

While some cabins have been winterized, others are truly seasonal. Some have electricity and water, others do not. The cabins are intended to be used recreationally. In other words, even owners may not live in them full-time, and they are never to be rented out.

“Having grown up with the compromises and rules,” Randall said, “I understood what ownership meant. We put forth the effort and expense, because this is where we want to be. But there is something a little different about these cabins.”

Indeed, financing, and insuring a RRP cabin is not for everyone. 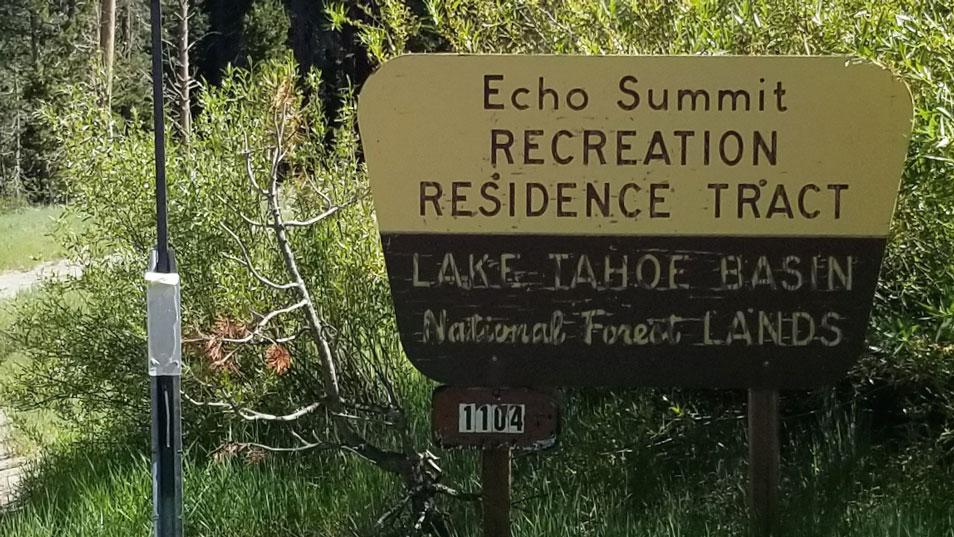 “Most cabins never make it to the market,” said Sharron Leach, executive director of National Forest Homeowners, an association of RRP cabin owners that provides leadership, member assistance, education and advocacy. “Many are passed down within families, or sold to close friends.” So much so that National Forest Homeowners offers information on creating family trusts both on their website and at their annual meetings.

Which is not to say that these cabins aren’t available. In fact, National Forest Homeowners hosts a list of available properties that range from $130,000 for an off-grid cabin on a trout stream in the San Bernardino National Forest outside LA, to a nearly $1,000,000 1928 cabin on Echo Lake, near Tahoe, that is accessible only by boat or the Pacific Crest Hiking Trail.

“But there are challenges to purchasing and owning a RRP cabin. At first, these look like below-market-value buys,” Leach said, noting financing is a challenge. “Generally speaking, banks won’t finance loans.”

So while you may find a RRP cabin for sale, you will have to show up at closing with the full amount. Nor are you likely to find an insurer.

“It’s not the same as having private property. It’s not real estate. It’s personal property, so it’s hard to get a residential loan.”

As well, you will have to contend with the renewable use permit system. Owners pay an annual fee as well as property taxes, and in exchange, are given a permit for a fixed period of time–typically 20 years. The fee is a formula based on market value, adjusted to reflect the government’s ownership of the land.


“It’s a unique opportunity,” Leach said. “You really have to understand your permit terms. It’s a responsibility and a privilege to participate in this kind of public lands heritage. We are stewards of these cabins as much as we are owners.” 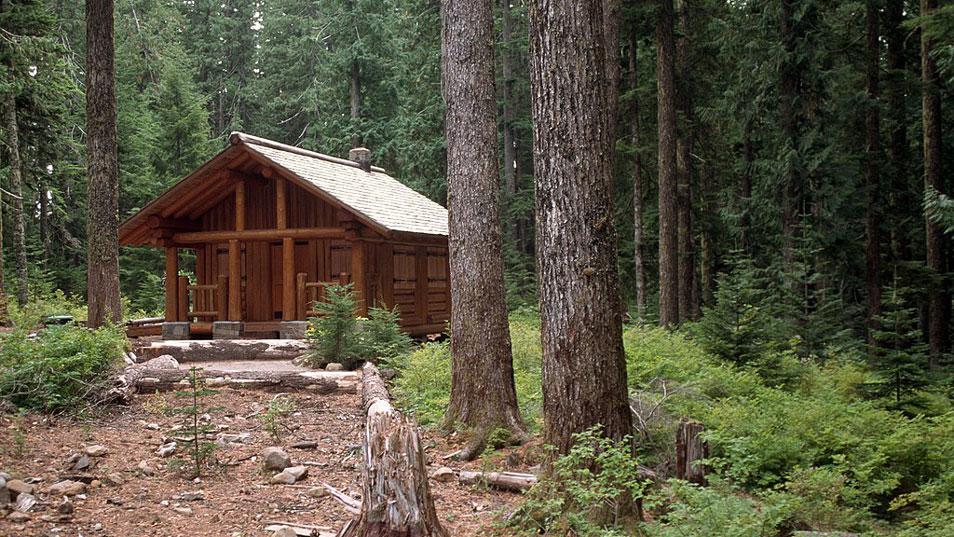 RRP cabin owners tend to flock into associations. In fact, the 6,000-member National Forest Homeowners Association has a directory with more than 100 smaller groups representing 114 national forests in 24 states. Additionally, each year, a conference brings RRP cabin owners together to share resources and information.

Currently, as it is with many cabin owners across the country, fire is the number one topic. In fact, the annual 2021 conference that was to take place at Lake Tahoe has been moved online. Leach has been very busy helping RRP owners understand how to move forward after a fire. The organization started a fire relief fund.

“We lost around 200 cabins to fire last year,” Leach said. “We have owners waiting for approval to rebuild. It’s a long process.”

As fire becomes more and more part of the national forest experience, cabin owners and the Forest Service are finding ways to work toward recovery.

“We build relationship with the Forest Service, which is a really good thing,” Leach said. “It really needs to be a partnership. Even with fire, drought and pine needle infestations, people have a deep connection to the heritage of their particular place.”

Meredith Randall knows that her cabin may be lost someday. In fact, one of California’s biggest fires forced the evacuation of her area this summer.


“It’s part of the legacy, of what you pass on,” Randall said, who has a special relationship with an old cedar tree near her cabin. “We watch the forest change with fire and drought and climate change. It’s never the same. The cabin is part of it, but the forest is home.”
See also: A Unique Getaway: Fire Lookout Towers
★