An Unplugged Cabin in the Adirondacks

An Unplugged Cabin in the Adirondacks

This couple has an unplugged cabin with some Adirondack style. 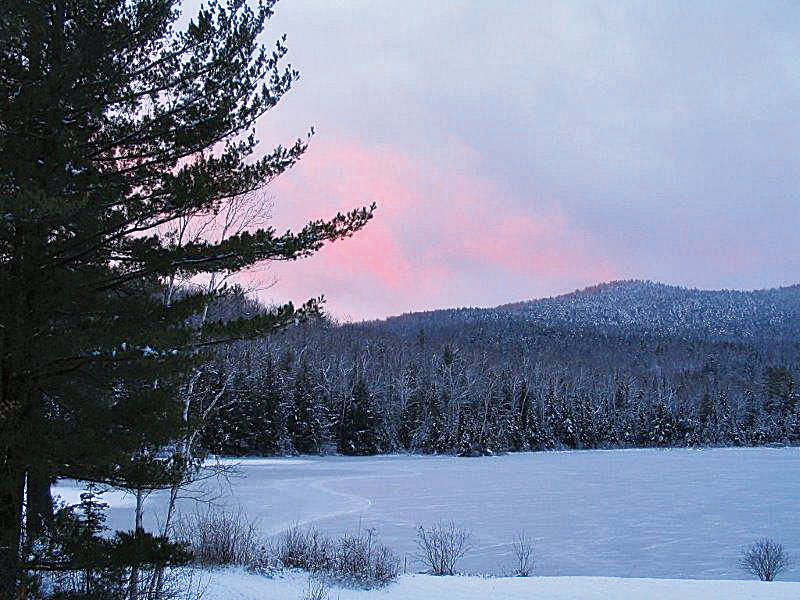 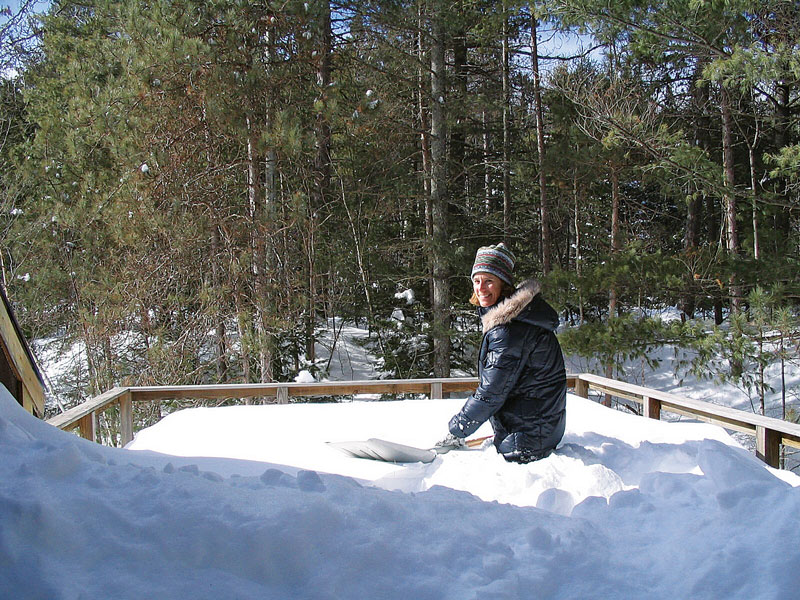 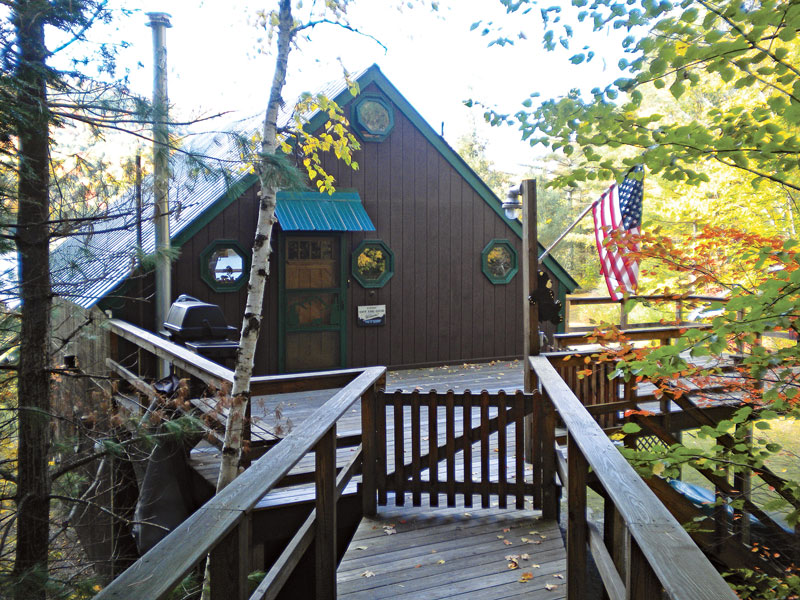 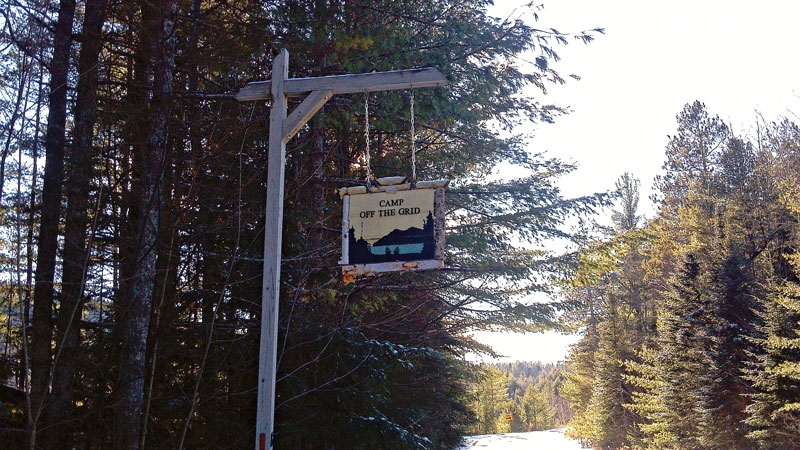 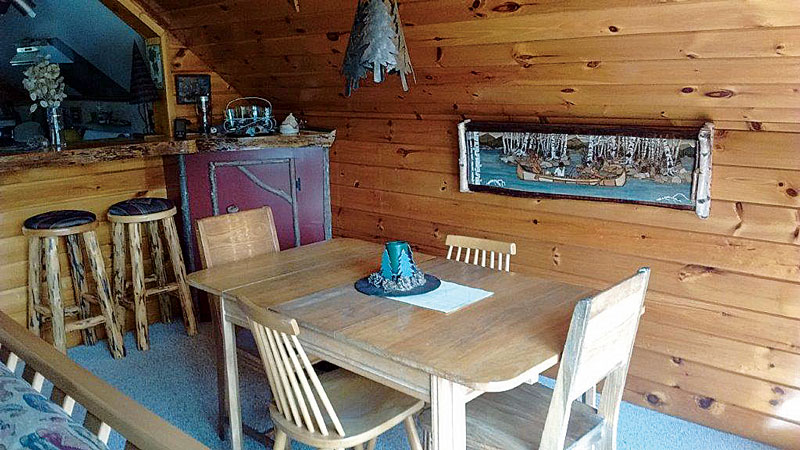 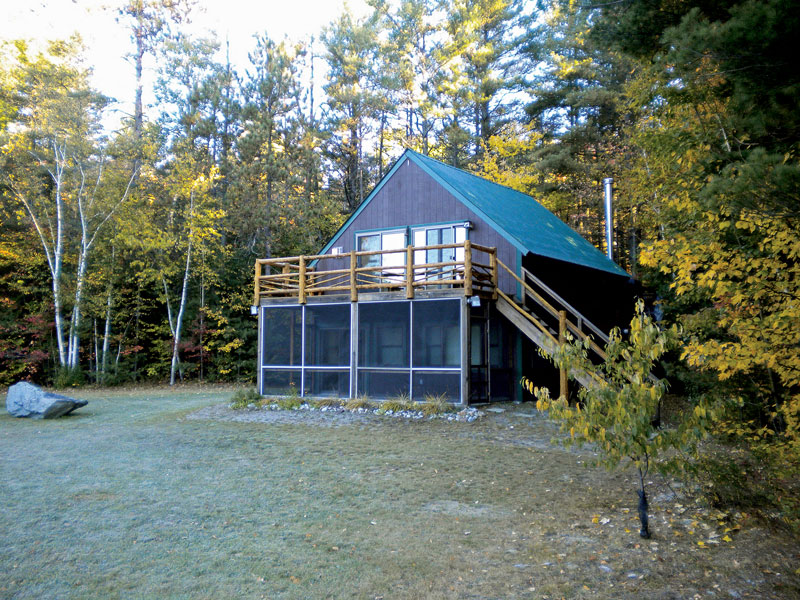 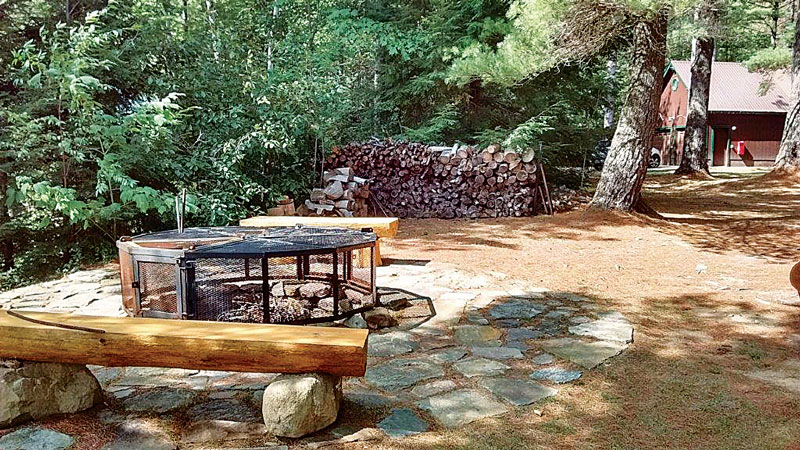 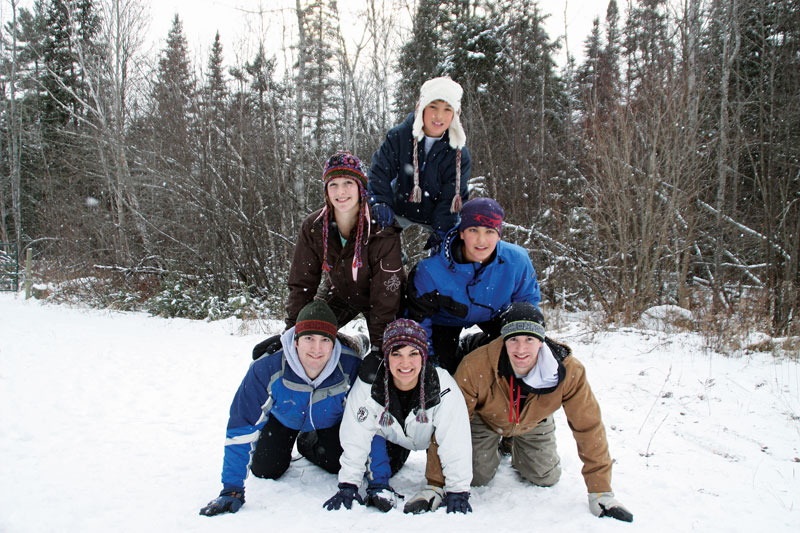 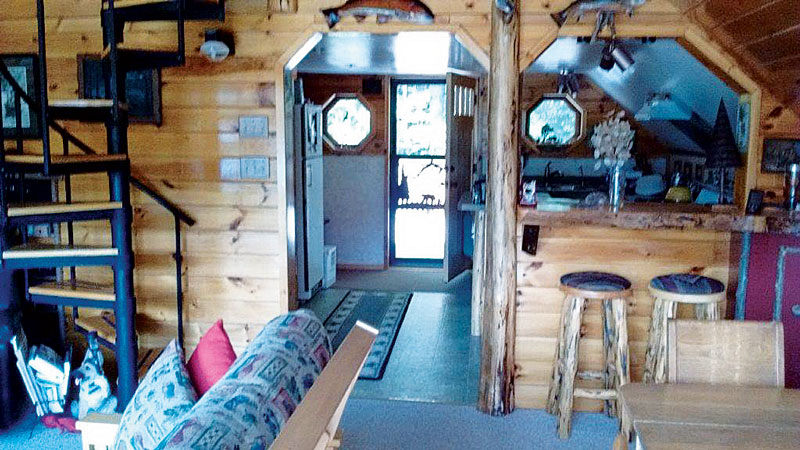 Previous Next
Written by Fran Sigurdsson
When you arrive at Sandy and Dave Kerr’s retreat in the Adirondack Mountains near Moriah in Essex County, N.Y., you’re greeted by a sign reading “Camp Off the Grid.” But if you miss the sign out front, you wouldn’t guess that this two-story cabin (with jetted tub, no less) is not hooked up to utilities.

You also wouldn’t guess that the top half of the cabin is a decade older than the bottom. “Only a keen eye can see that the knotty pine has more of a patina,” says Dave. That’s because what is now the top level was the original cabin. Long before the Kerrs owned the cabin, it was built in the 1980s on leased land.
The small cabin had a living room, dining area, kitchen, bathroom and loft bedroom. But the lease precluded both well and septic system. So when a 2½-acre lot down the road became available for purchase in 1994, the original owner decided to relocate. Before moving the cabin a quarter-mile to its present location, he poured a concrete slab and constructed a stick-built, ground-level structure to the same dimensions as the original cabin.
“That level had two bedrooms, a small den, a bathroom and mechanical room,” says Dave. The original cabin was lowered onto the new lower level so that the whole looks like it was built at the same time.

Fast forward to 2005, when the Kerrs became the cabin’s third owners. The Bucks County, Penn., residents first visited the Adirondack Park in 1999, when Sandy participated in the Lake Placid Ironman triathlon. This active, outdoorsy couple fell in love with the High Peaks region and its year-round recreational opportunities. For the next four years, the Kerrs searched for a vacation home along the I-87 Northway corridor. But everything on the water was either too pricey, too noisy due to Northway traffic or both.
“We’ve paddled on a lot of those lakes, and you can hear trucks off in the distance late at night,” Dave remarks. Then, their realtor found a new listing on a lake named Newport Pond. Within budget, the 1,200-square foot cabin needed only cosmetic touches. What’s more, it boasted 900 feet of lakefront. It also came with a two-car, double deep garage – a big plus for Dave.

The catch? It was off the grid. But Dave, a mechanical engineer, was up for the challenge. “It was a little primitive and rocky those first years,” he admits. “You have to be comfortable tinkering.”
Back then, a generator charged the batteries; there was no solar power. In 2009, Dave asked Curt Snyder of Crest Solar to design a solar system, so the Kerrs could cut back on generator use. In 2016, Snyder added more panels to allow a faster charge rate. The pole-mounted panels face south over the lake and charge a bank of batteries that power the 12-volt lighting. Direct current (DC) also flows through an inverter, so the couple can run alternating current (AC) appliances.
Dave updated the existing propane generator and added a stand-by portable generator. “In the North Country, you need a plan B,” he laughs. “In winter, we might run the generator one or two hours a day to charge batteries,” says Dave. “We are automatically topping off the well tank.”
Cabin 2.0 has both well and septic. Water comes from a 125-foot deep well on the edge of the property; a 230-volt AC well pump feeds dual 88-gallon well tanks with automatic level control and a manual on/off switch in the kitchen. Another AC well pump provides a secondary water source from the lake. The septic system consists of a 1,200-gallon concrete settling tank with a standard leach field. Both bathrooms have flush toilets and regular vanities; the Jack-and-Jill bathroom downstairs has a full shower and jetted tub, along with a stackable washer and dryer. A 1,000-gallon propane tank provides heating and powers the instant hot water heater, stove, refrigerator, clothes dryer and wall-mounted gas lights (Paulin-Humphrey) in several rooms.
Most of the lighting and some small ventilation fans are 12-volt DC. Dave updated the original 12-volt lighting and switched to energy-saving CFLs (compact fluorescent lamps) and LED (light emitting diode) bulbs. Since the driveway is only 100 feet or so from a well-maintained (but scarcely travelled) county road, the Kerrs don’t need ATVs or snowmobiles for access. A caretaker – actually, the son of the original cabin owner – plows the driveway.

Sandy and Dave make the five-hour drive from their primary home every chance they get. Usually, friends or family members join them. Sandy hails from Indiana, and most of her family lives in the Midwest. Despite the 15-hour drive, “my father always wants to come out,” she laughs. So does 94-year-old Aunt Mary, who still drives. Dave’s family is close by in the Philly area and like to visit as well. “Every other weekend, we have friends up from PA,” says Sandy.
The cabin can comfortably sleep nine or 10. At the end of the day, everyone gathers round the fire pit by the Adirondack style lean-to that Sandy and Dave built. The log lean-to overlooks the lake and has a 2-foot wide bench along the back. “You can sleep there,” says Sandy. “We have a bug screen in front.” In the summer, the gang hikes on nearby trails and goes kayaking or canoeing.
Winter is Sandy’s favorite time to visit. She and Dave both enjoy snowshoeing, and Sandy likes to ice skate and cross-country ski on the pond. The Kerrs keep extra snowshoes and cross-country skis for guests. There’s a great sledding hill just down the road, as well. But in any season, life at “Camp off the Grid” is cathartic. “You feel stress wash away and smell the pine needles,” says Sandy. “It’s a different world.

To design a solar system for your off-grid cabin, you should first have a good idea how much power you actually need. A calculator worksheet like the one Curt Snyder gives Crest Solar clients will help determine your electrical “load” – i.e., the total amount of power (watts) it takes to operate all the lighting and appliances you want in the cabin.* But loads can change – especially in a second home – for any number of reasons. “It all depends on lifestyle,” says Snyder, who has lived off-grid in the Adirondacks since 1986. “If you add a wing on the camp, for example, or you start going there in winter as well as summer, you may need to expand your solar array and storage.”
Adding more solar panels also extends the period between generator run time. At this cabin, six new 285-watt panels were installed alongside the original four 130-watt panels. There are two charge controllers in the new system, one for the old panels and another for the new ones. Separate wiring comes from each set of panels through the separate charge controllers and is connected to the battery bank via the inverter/battery charger unit.