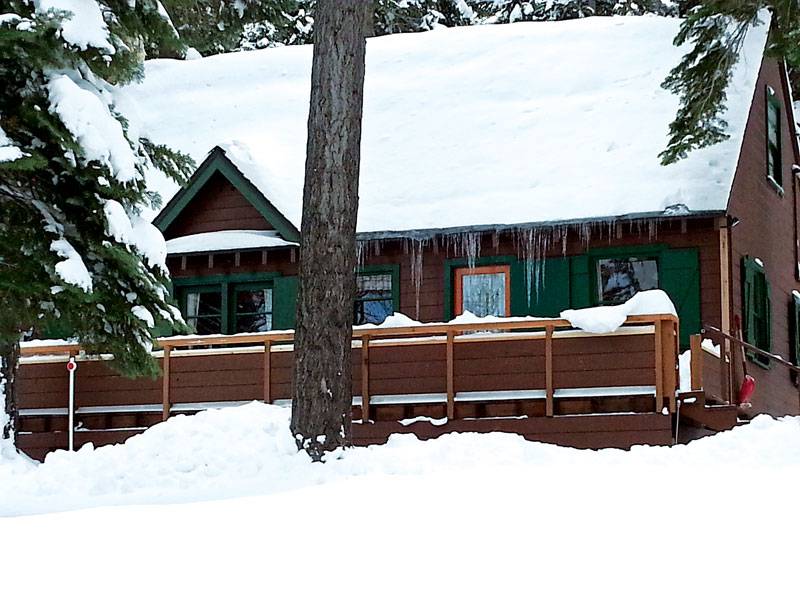 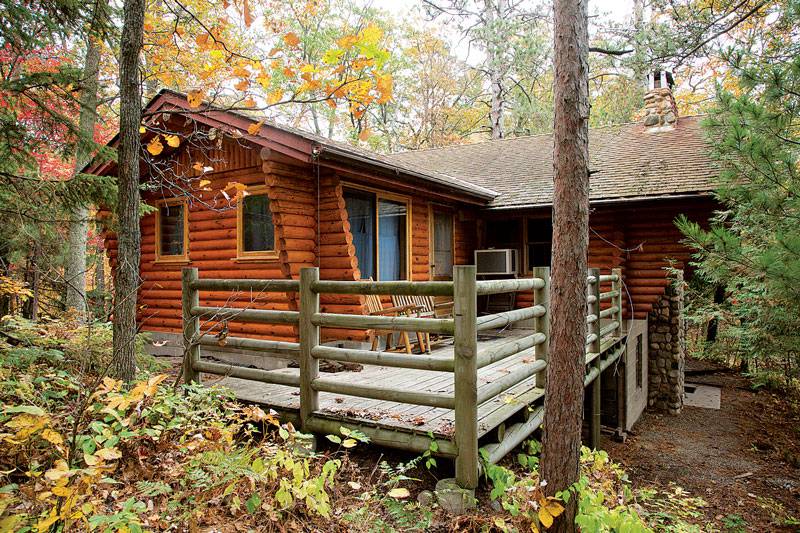 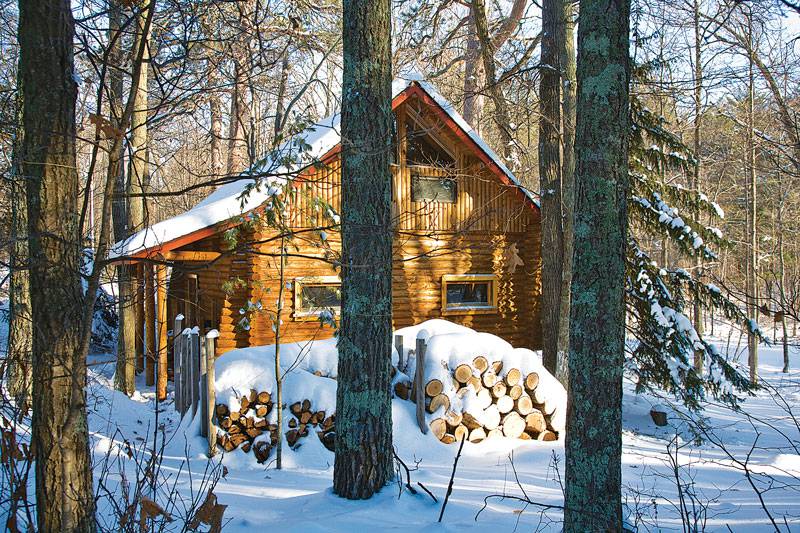 Previous Next
Written by Stacey Freed
Back in the 1930s, Jane Lininger’s grandfather paid a permit fee for a one-room log cabin on Hebgen Lake in southwest Montana about 10 miles from the town of West Yellowstone. Flash forward to 2016. Lininger still owns that cabin – but not the land on which it sits. Lininger’s little slice of heaven is part of a U.S. Forest Service program begun in 1915 to entice Americans to enjoy the great outdoors. The program was a cost-effective way for average citizens to afford seasonal getaways near lakes, mountains and streams. There are only about 15,000 of these “recreation residences” still in existence, and while vacant ones are few and far between, there are still opportunities for cabin lovers to find them.

Lininger grew up in Idaho Falls and spent summers at the cabin. “I learned to swim in the lake. There are pictures of me in a playpen made of chicken wire and logs,” she says. Her grandfather’s friends had bought cabins on the lake, too, and four generations of her family and theirs have spent time there. Though she now lives in Oregon, Lininger drives 14 hours to spend two or three weeks at the cabin each year. Handing down the cabin from one generation to the next is typical. Permits last for 20 years and will next renew in 2028, says Jay Tripathi, president of the Board of Directors of the National Forest Homeowners, an association of cabin owners with recreational residence permits on Forest Service land. A relative newcomer, Tripathi and a friend purchased a cabin together in 2002. (See sidebar on how to find a cabin, p. 35.) While you are able to co-own a cabin, only one name is allowed on a permit. Tripathi’s cabin is in a tract originally built in the 1950s. It has 137 cabins and is located about a mile from Lake Tahoe, Calif. Tripathi is glad he is getting to introduce his grandchildren to this place. “There’s nothing better than spending time in the hammock with my grandkids talking about what we’re going to do that day – kayak, hike, swim, bike.” Cabins in Tripathi’s tract sell – when they do turn over – from around $150,000 to $300,000. Most of the time cabin purchases are not conventionally financed because these are not fee simple properties. “In addition to Forest Service permit fees, we also pay county and state property taxes, cabin association fees, water system assessment fees, refuse disposal fees and sewer fees at least annually,” Tripathi says. “Our tract is somewhat unique in that we have basic services like telephone, electricity and sewers. Many cabin tracts have little or no conventional utility services.” Tripathi’s tract also has a special use permit to do snow removal, which gives cabin owners’ access in the winter, unlike Lininger, whose cabin is only accessible from May 1 to October 31.

Since you only own the cabin and not the land, there are a lot of rules regarding your cabin’s exterior and the use of the land. “Most of these cabins are small. There are strict guidelines on what they can look like on the outside, on the colors they can be painted, on the roof colors,” Tripathi says. If it’s in a tract built before 1950, there may be historic preservation guidelines, as well. For example, if you needed to replace a wood window, you couldn’t do so with a vinyl window. Replacements would have “to have the same character as the original materials,” Tripathi says. Other rules include not using your cabin as a rental property, limits on square footage and not establishing a year-round permanent residency.
Not owning the land on which your cabin sits can be stressful. The Forest Service has the ultimate word, and if it determines that cabins are not the best use of the land, it can require cabin owners to remove a cabin at the owner’s expense. There are also issues with water sources and forest fires, says Sharon Leach, executive director of National Forest Homeowners. “In California, we’ve had cases where cabins were closer to a creek than would be desirable and [the Forest Service] would ask [cabin owners] to remove a well at [their] own expense.” If a cabin is destroyed in a fire, the owner would be responsible for rebuilding, but the Forest Service may determine that rebuilding in that area is too risky.

When the Forest Service land for cabin use was platted 100 years ago, lots were $10 to $25 per year. Even then those prices were pretty low. Users were allowed to build cabins that, depending on location, could be up to 1,200 square feet. Over time the rules changed, and in 1955 Congress told the Forest Service it had to take in fees based on the land’s fair market value. As surrounding land grew more desirous and expensive, for example, in places like Mammoth Lake, Calif.; Sun Valley and Couer D’Alene, Idaho; and Lake Tahoe, says Tripathi, comparable prices used to define market value meant “some permit fees reached $60,000 a year. The permit fees got so high it wasn’t sustainable.” Permitting fee regulations underwent changes over the years, but finally, in 2014, after a seven-year legal battle, a tiered system was implemented. “Fees start at $650 a year and go up in $100 increments each year until they reach $5,650,” Tripathi says. “The average permit fee is about $2,200 a year.”

Other entities besides the U.S. Forest Service offer cabin permits or leaseholds. “Sometimes there is state land, county land, city land, BLM [Bureau of Land Management] land or even privately owned land within the National Forest,” that may offer leased cabins and cottages, says Christy Covington, recreation special use program manager for the Forest Service’s Pacific Northwest region. There are even utility companies, like Exelon Generation Co. (once Conowingo) in Harford County, Md., that lease land for cottages. Other countries have leaseholds, as well. Algonquin Park in Canada is known for its pristine lakes and relatively untouched forest areas. Tim Clark’s grandmother, who was from Rochester, N.Y., leased an old logging camp cabin back in the 1950s. It is one of 304 leaseholds on 19 lakes. Leaseholders face the same regulations as permit holders in the United States and additionally face the possibility of losing their leases. In fact, the Provincial Government has discussed ending the leases in 2017 and allowing the park to go back to its natural state. There is a leaseholder’s association petitioning the government, Clark says. Similarly, changes are underway in Idaho. Until recently, the state leased cottages on some of its 3.6 million acres of endowment land given to it by the federal government. The money raised has been used to support education and other entities, says Sharla Arledge, public information officer with the Idaho Department of Lands (IDL). Since the state constitution requires that the IDL get the maximum value for the land, it has begun to sell the properties for market value through public auctions. “The auction of cottages is voluntary,” Arledge says. “Lessees apply, pay fees and voluntarily go through the process as an alternative to the lease.” Regardless of the possibility of losing a lease or permit, the opportunity to enjoy cabin life seems to outweigh the negatives – as long as you remember two things, Tripathi says: “Understand what you’re getting into since you have no rights on this land, and understand the rules related to how you occupy the land.” But for much less than what it might cost for a private home near Lake Tahoe, Tripathi and his family have easy access to hiking and fishing, cross-country skiing, snowmobiling and snowshoeing. “It’s a pretty magical place,” he says.

How to Find a Cabin on Leased Land

There’s no central database, but National Forest Homeowners is working on trying to compile a one-stop location for people to find cabins on leased land. Jay Tripathi, president of the organization’s board of directors, and a friend of his found their Lake Tahoe cabin by “dumb luck.” Tripathi’s friend happen upon a for sale sign in the woods. More reliable ways to find a cabin on leased land include:
★