Water is the driving force of all nature - learn how to manage drainage and erosion problems at the cabin. 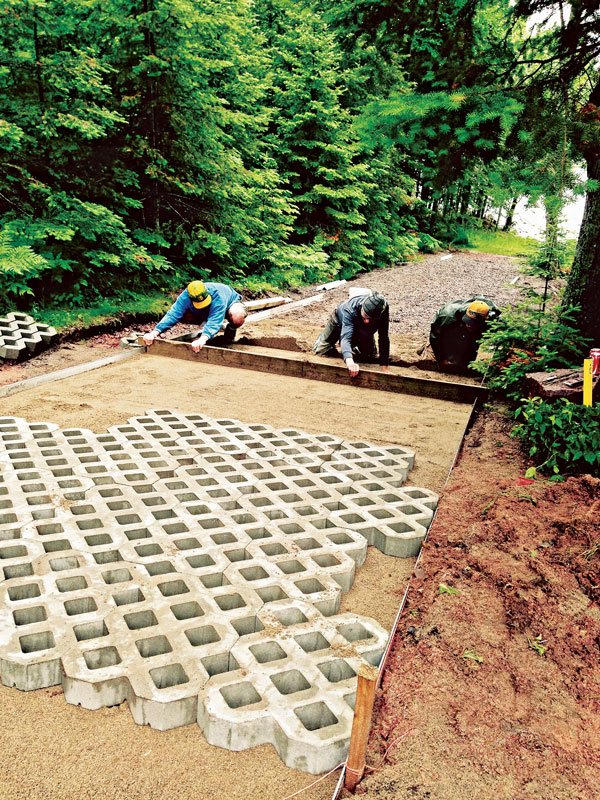 Story & photos by Jennifer Baker
Leonardo da Vinci’s 15th century meme probably wasn’t the first thing on Dean and Melissa’s minds when they opted for an asphalt driveway at their new lake home. After runoff from spring storms unmercifully hammered the slope of their beautiful shoreline, however, they knew they were in over their heads. They were painfully reminded that “Water IS the driving force of all nature.” I could hear the worry in their voices when they called me. “Why did this happen? What do we do now?” The promise of weekend tranquility was endangered. They wanted to rekindle the feeling they had two summers ago, when their first walk through the maples resulted in a resounding, “Yes! Let’s buy it!” decision.

I spotted Dean and Melissa’s problems as soon as I got out of my car: 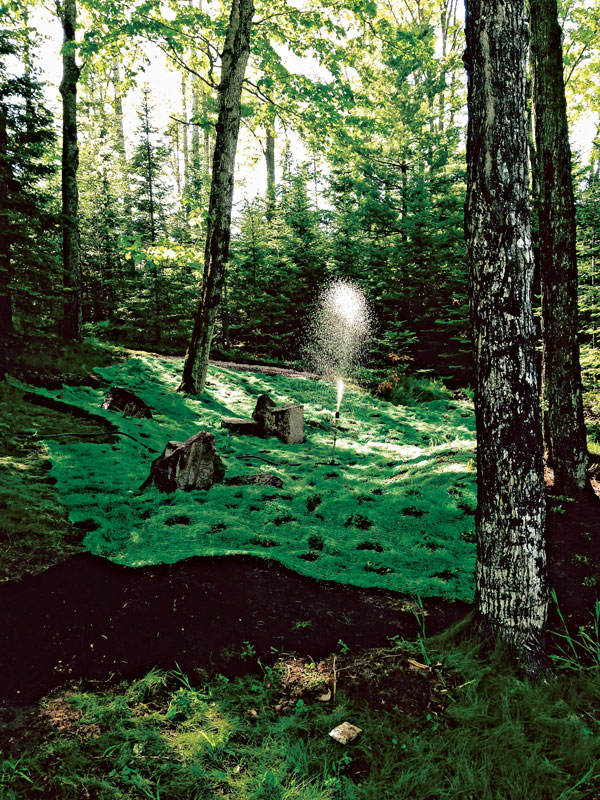 As we weigh remedies, let’s first look closely at what plays out during a thunderstorm, which we all know can pack a violent punch to our landscapes because of the amount and speed of rainwater. Under natural circumstances, this stress is fairly minimal. Picture a bird’s-eye view of an intact woodland – your wooded lot prior to development – puffy and green, like a broccoli forest. Now pretend that you’re a raindrop careening out of a cumulonimbus cloud. If you’re falling from the sky into the tree canopy, you’re going to hit the leaves of a maple first, bounce onto the leaves of a serviceberry tree that’s about half the size of the maple, drip onto a dogwood shrub that’s again half the size of the serviceberry, then to the ferns that blanket the ground. You slowly slide off a fern frond onto the soil surface, a sponge and your final pervious destination. By the time you’ve reached the ground, your previous plant interceptors have slowed you down from cheetah to glacial
. 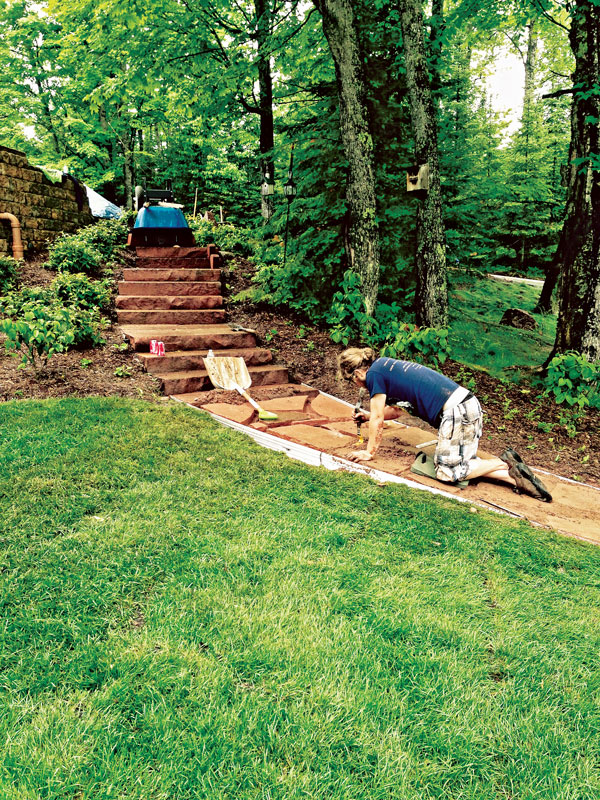 This slow speed facilitates infiltration, which means that you’re absorbed into the soil and any impurities that you may have picked up during your travels are then filtered and broken down by bacteria that live there. The rain-drop scenario is much simpler with an asphalt driveway. You fall from the same cloud at cheetah speed and SMACK … you hit the tarmac, an impervious surface, and quickly run off the nearest slope, no chance of absorption at the source. Not a huge problem unless there’s a whole lot of you. Your volume combined with high speeds quickly removes soil from your adjacent hillside, especially if it lacks ground-holding vegetation, resulting in erosion and an even more naked slope. Adding insult to injury, petroleum hydrocarbons and salt are carried with the storm water running over the surface of the asphalt and deposited into your lake if not intercepted and filtered first. Yuck. Not good for fish. Or people. 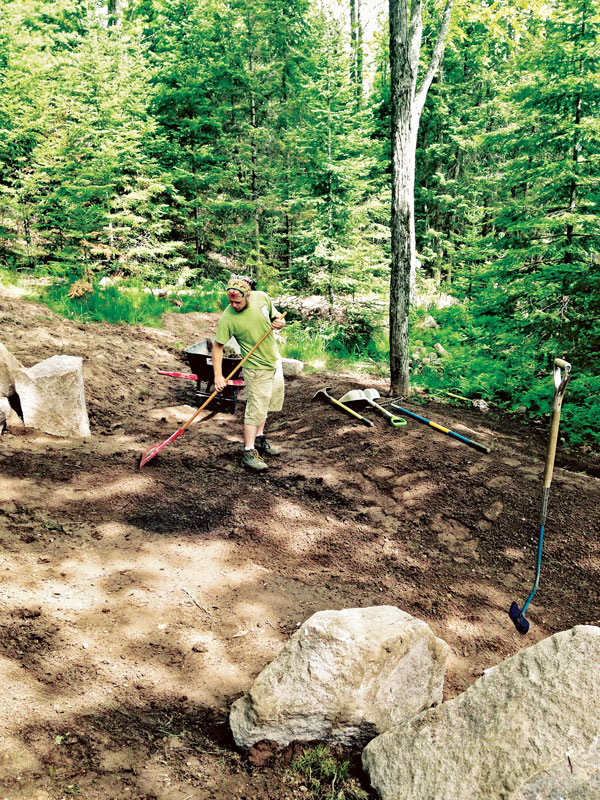 While taking out the asphalt drive and replacing it with gravel was a potential option, Dean and Melissa did love the look of the drive and the promise of less maintenance.

Instead, we crafted the following strategies to both slow down and absorb the storm water before it could do more damage.

To put Dean and Melissa’s story into perspective, the problem of storm water runoff at a remote Midwest lake cabin certainly pales in comparison to a buzzing metropolis, where impervious surfaces such as roads, sidewalks, buildings, cars and houses prevail, deflecting storm water and compromising sometimes relic storm sewer infrastructures. But, as our precious lakes become even more developed, incorporating pervious surfaces within our landscapes should be part of the planning process so we’re intercepting the problem before it starts. Jennifer Baker is the owner of Sparrow Land Planning, www.sparrowlandplanning.com.
★