The basics of horseshoes so you and your family can play on your next trip to the cabin! 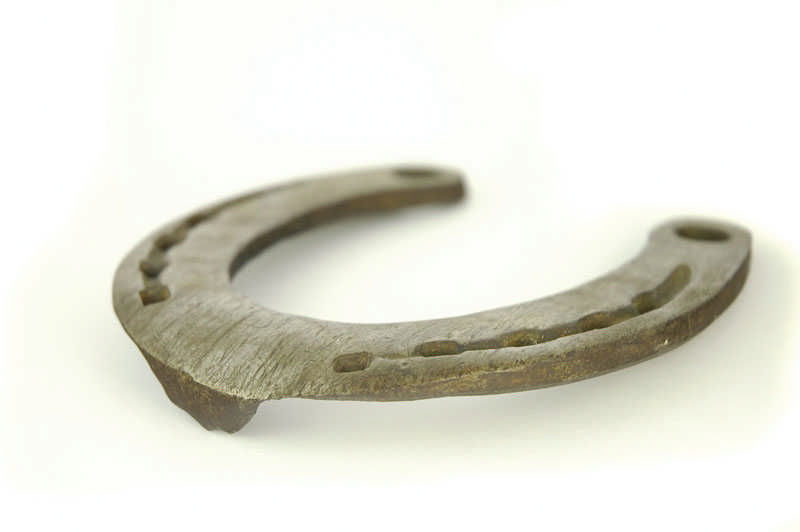 What do you hear when you imagine the sounds of the cabin? For most, it’s water lapping against the dock, songbirds in the trees and the wind rustling through the pines. But how about the sudden clank of metal on metal, loud cheers and happy laughter? If those last three aren’t part of the typical soundscape at your weekend retreat, your family hasn’t discovered the fun of horseshoe pitching.

There are various approaches to the game of horseshoes. Some take it very seriously; they play in tournaments officially sanctioned by the National Horseshoe Pitchers Association of America (NHPA) and bring their own $60/pair of horseshoes. Then there are those who scrounge up any rusty old horseshoes they can find, pound a couple of metal pipes into the ground at what they estimate to be a reasonable throwing distance and let ‘em fly. That’s great fun too.

If you want to be somewhere in the middle - with a respectable, albeit non-regulation, horseshoe court behind the cabin for the entertainment of family and guests - here are the basics of the game once commonly referred to throughout the U.S. as “Barnyard Golf.”

Inexpensive Gear
The horseshoes used for pitching are not actual equine footwear. They are U-shaped metal bars, about twice the size of an actual horseshoe. Horseshoe sets are available from most large sporting goods stores for around $40 and include two stakes, four horseshoes and a carrying case. You might also want to have some paper on hand and a ruler in case competition gets fierce and someone challenges what “6 inches from the stake” means.

Easy to Set Up
Select a location that is level and flat, and try to orient the court north and south so players won’t ever be able to use the “sun was in my eyes” excuse for a bad throw. A horseshoe court is rectangular, and the official dimensions are 6 feet wide and 46 feet long. At each end of this rectangle is a “pit” that can range from 31 to 36 inches wide and 43 to 72 inches long. Make these pits at least 4 inches deep and fill them with sand, dirt or sawdust. They should be level with the rest of the court. Drive a stake into the center of each pit until 15 inches remains above the surface. The opposing stakes should be 40 feet from each other. Finally, mark two foul lines at 3 feet and 13 feet, respectively, from each stake.

Fun to Play
Divide into two teams and give two horseshoes to each team. Flip a coin to see which team pitches first. The first pitcher throws both horseshoes, one at a time. Experienced players should throw from behind the first foul line (37 feet from the targeted stake). Beginners and kids can throw from anywhere behind the second foul line (27 feet from the targeted stake). The next team then pitches from the same end, aiming for the same stake. The scores are tabulated and the horseshoes are retrieved. The next pitcher from each team then pitches from the opposite end - back toward the initial side. Pitching alternates from one end of the court to the other until all players have pitched. This constitutes an “inning.”

Victory is Yours
Sure, horseshoes is a fun game that the whole family can play. But, like most games, it’s a lot more fun when you win. Here’s how to keep score: .A horseshoe landing more than 6 inches from a stake earns 0 points. .A horseshoe landing within 6 inches of a stake earns 1 point. .A “leaner” occurs when a horseshoe is touching a stake but not encircling it. Officially a leaner is awarded 1 point, but in amateur games it often merits 2. .A horseshoe encircling a stake is worth 3 points. This is called a “ringer”. Play until one team has 40 points (or whatever amount you agree on before the game starts). This is called a point-limit game. For a shoe-limit game, play until 40 shoes have been pitched. The team with the highest score wins.

Join the Club
Americans have been pitching horseshoes since the Revolutionary War. In fact, England’s Duke of Wellington was quoted as having said, “The War was won by pitchers of horse hardware.” So try introducing this time-honored activity to your family next time you hear someone utter the phrase, “I’m bored!” The rules and advice here are strictly for amateur play, but if you want to get into some official competition you can contact the NHPA (www.horseshoepitching.com). With 60 chapters of the organization throughout the U.S. and Canada, there’s bound to be a tournament somewhere near you!