The History of the Hudson's Bay Point Blanket

The Iconic Blanket You’ll Find in Every Cabin

And why you should nab one of these heirlooms too. 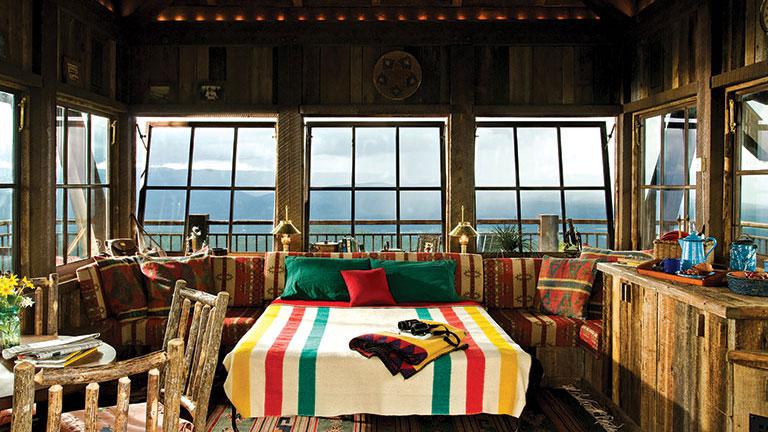 Photo: Heidi Long - See more here.
If you were to visit ten random cabins, chances are you’ll spot a familiar item in each one. It could be draped over a couch, hanging proudly on display, or folded neatly in a basket. Is this sounding familiar yet? What if I told you it was white with green, red, yellow, and blue stripes? I bet by now you’ve correctly guessed that I’m referring to the iconic Hudson's Bay Point Blanket.

This stylish piece of history has become almost a necessity in cabin culture. It is both decorative and functional, and we can’t get enough of it. But with so many iterations of the classic four-color stripe out there, we wonder: how did this woolen treasure come to be?

According to HBC Heritage, the arm of Hudson’s Bay dedicated to preserving and promoting the company’s history, wool blankets were a commonly traded good between British North America (present day Canada) and the United States in the 17th and 18th century. Traders would exchange the blankets for beaver pelts and other goods. In 1779, THE iconic point blanket was born. That was the year independent fur trader Germain Maugenest suggested a blanket with a “point system.” HBC heritage explains:


"Each blanket was graded using a point system. Points were identified by the indigo lines woven into the side of each blanket. A full point measured 4–5.5 inches (10–14 centimetres); a half point measured half that length. The standard measurements for a pair of 1-point blankets was: 2 feet, 8 inches (81 centimetres) wide by 8 feet (2.4 metres) in length; with a weight of 3 pounds, 1 ounce (1.4 kilograms) each. Points ranged from 1 to 6, increasing by halves depending upon the size and weight of the blanket.

The number of points on a blanket represents the overall finished size of the blanket, not its value in terms of beaver pelts as is sometimes believed."

(Click here for more and some historic documents!)
It was popular with the early fur traders, miners, and early inhabitants of Canada because the wool fabric was quick to dry and offered up unmatched warmth during the brutal winters. Some devotees even converted the blanket into winter coats known as “capotes.”


The blanket came in multiple colorways, though the white with red, blue, or indigo stripes was the most popular, as it remains today. You can now get those same iconic, colorful stripes in a variety of styles from Hudson's Bay:

*All products featured are selected by our editors. When you make a purchase through a qualifying link, we may earn a commission via affiliate programs with Amazon.com and other retailers. 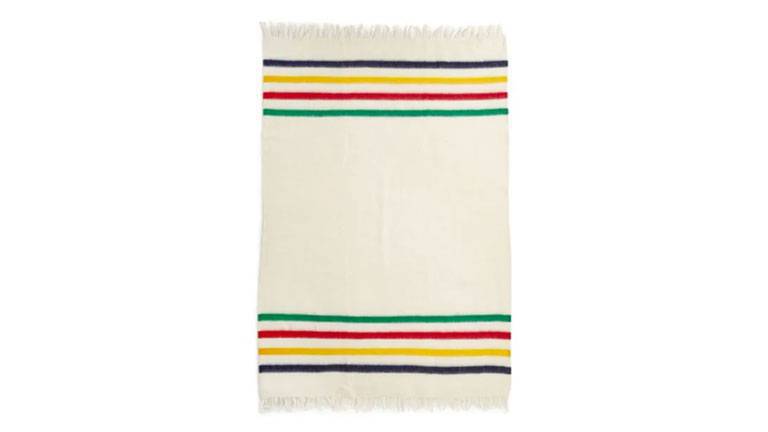 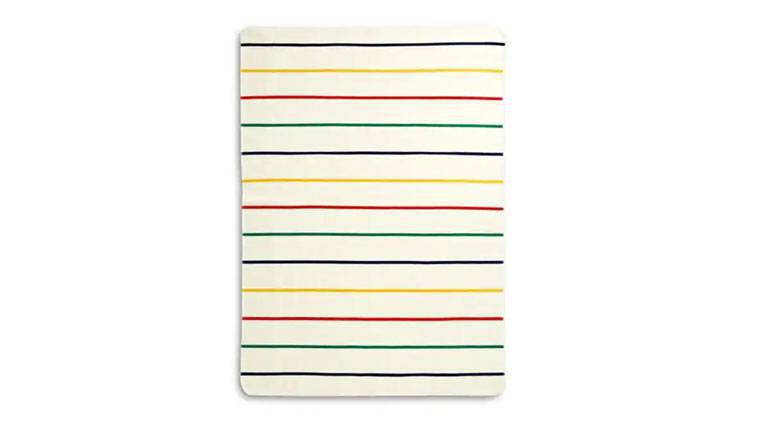 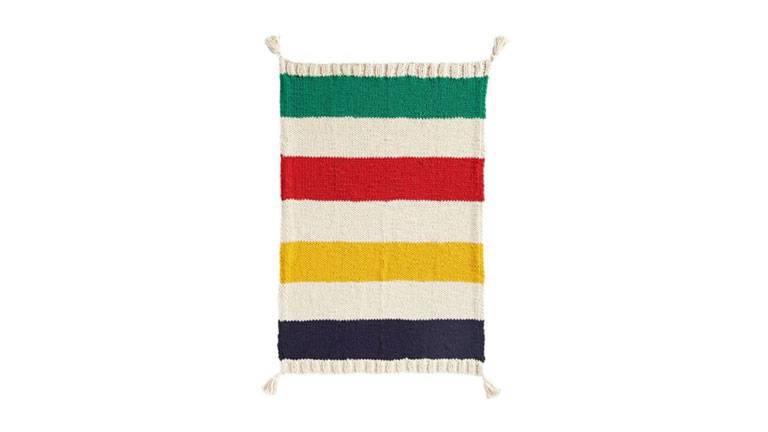 HBC Heritage reports that the four iconic, traditional colours — green, red, yellow, and indigo—were simply easily producible with colorfast dyes at the time, and became known as Queen Anne’s colors thanks to their rise in popularity during her reign.


Now, 300 years later, the blanket (and its many iterations!) is still in production and is emblematic of not just its beloved retailer, but of Canada itself. With its rich history and timeless pattern, the Hudson’s Bay point blanket has become commonplace in cabin decor and is something to be handed down from generation to generation. It has the flair to liven up any room with its bright stripes, and a time-tested ability to add warmth and comfort. It's no wonder the nostalgic pattern has inspired many other designs as well, from baby blankets to dog jackets to all forms of home decor. Shop some of our favorite Point Blanket-inspired finds here:

Get a similar look:

*All products featured are selected by our editors. When you make a purchase through a qualifying link, we may earn a commission via affiliate programs with Amazon.com and other retailers. 4. The Blanket: An Illustrated History of the Hudson's Bay Point Blanket 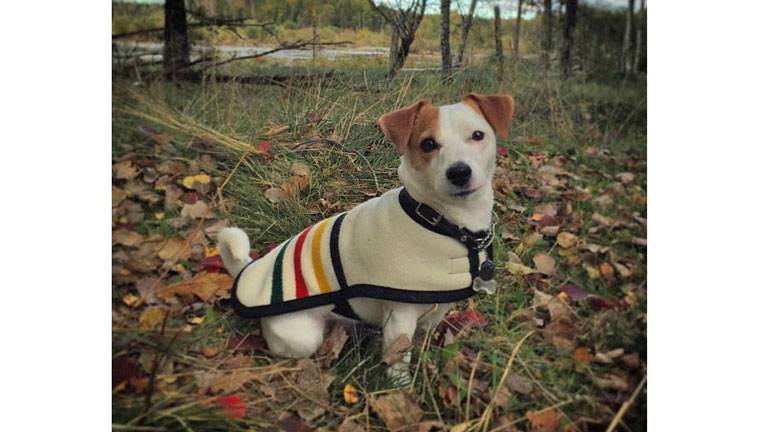