Invasive species sometimes outcompete, outgrow and outlast just about everything. Here’s what you can do to stop them. 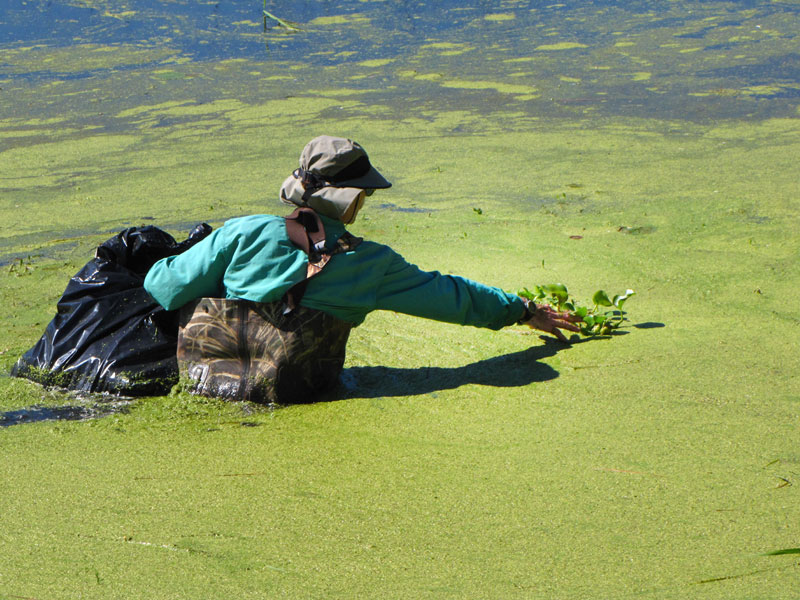 In my neck of the woods in west-central Wisconsin, ash trees are an important and beautiful part of every forest community. In my appreciation of the beauty and tremendous worth of these trees, I am plagued by worry. Just an hour south of my home, a town is struggling with an infestation of the emerald ash borer (EAB), an exotic import from Asia and Russia and an insect that spells certain doom for any population of infected North American ash trees. Just a simple error – a person driving to a cabin with a load of firewood from the city – could doom our forests to destruction. We are living in the age of invasive species, and we all need to fight back.

Invasives are non-native species that are introduced into an ecosystem where, without natural controls (competition, predation, disease or parasites), they flourish and multiply with devastating effects on the native environs. Invasive species sometimes outcompete, outgrow and outlast just about everything. They often do this with such efficiency as to wipe out important components of our familiar ecosystems. 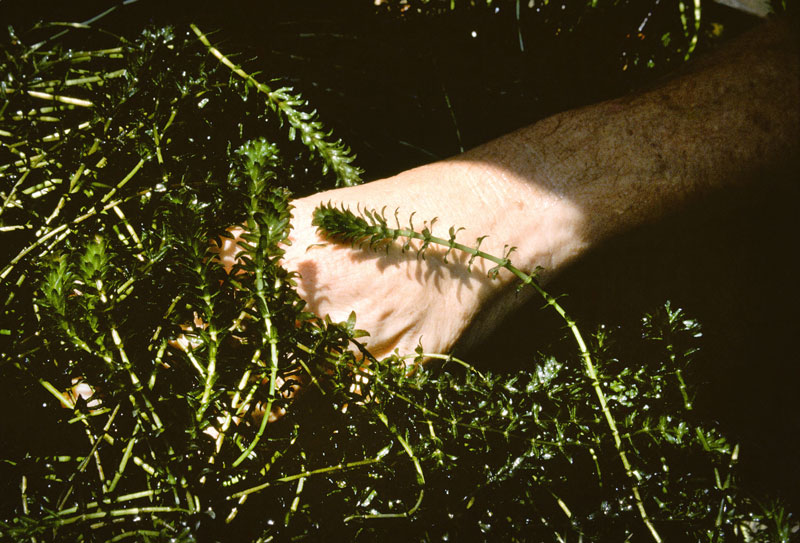 An invasive species has its own ecological strategy that yields sinister effects in a new ecosystem, especially when native plant or animal species do not have a natural defense in place against the new arrival. An aquatic invasive plant, for example, may have the ability to grow earlier in the season and faster than native plants, and to form dense canopies of vegetation, shading out all competition. An invasive insect may escape all predation, dining to destruction and spreading like wildfire through a forest. The list of invasive species, affected locations, and competitive strategies is staggering in its length and may even include microscopic life. 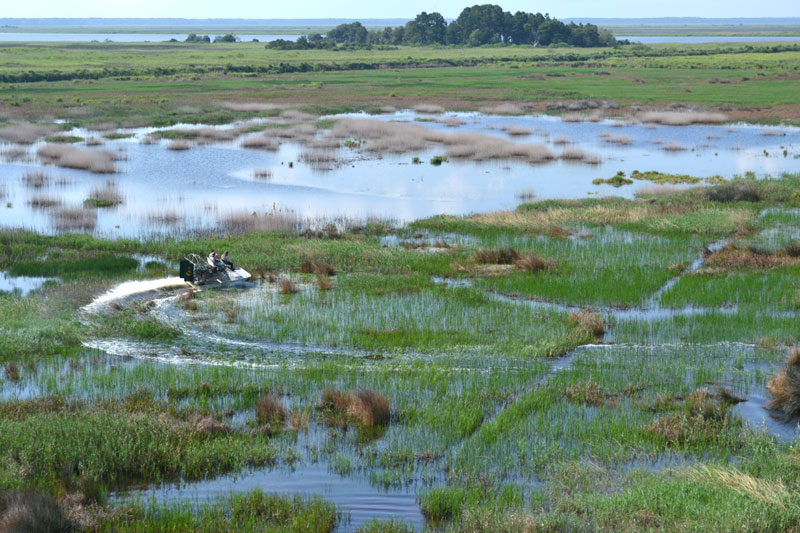 More than 400 years ago, rats arrived in the Caribbean on Spanish ships. The quick solution to rat infestation was to import the beloved mongoose. Instead of killing rats, the mongoose began killing populations of native birds. The problem compounded. In the modern age, something similar happens just about every day around the world. A new species – whether it’s a frog-killing fungus or a marsh-squashing flowering plant – finds its way into an environment somewhere. The Hawaiian archipelago, the Caribbean Islands, and the Great Lakes all serve as large-scale examples of exotic disruption, ecosystems riddled by new arrivals, webs of life with strands brutally yanked away and newly woven strands askew from the usual pattern. Humans are on the move, and modern transportation used in commerce or for pleasure is fast, efficient and remarkably relentless in reaching every corner of the globe. When people travel, plants, animals and fungi travel with them. 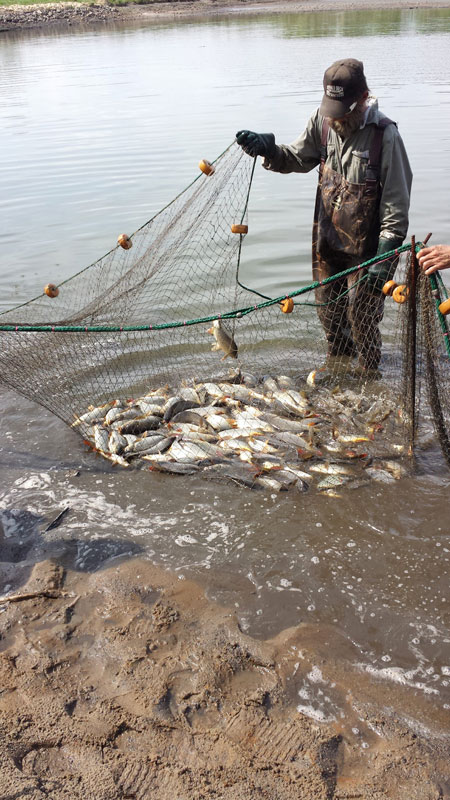 Sometimes a beloved garden plant from Europe is sold in the U.S. and placed innocently in a landscape plot, only to escape into the wild. Dame’s rocket is such a plant, recently staging an invasion in rare and fragile lowland forests. Sometimes an animal hitches a ride in the ballast waters of an ocean-going freight ship and is dumped into freshwaters far away from home. The spiny waterflea, the sea lamprey and the zebra mussel share a connection to commerce. Perhaps the next invasive will be a microscopic fungus living in the mud caked onto an international hiker’s boots.

Who’s who in invasive species?

In U.S. waters, plants like Eurasian watermilfoil and curly-leaf pondweed and animals like the zebra mussel are top aquatic threats, as boats transport them to new places. In forests, plants such as garlic mustard, Amur and Japanese honeysuckle, and buckthorn are on the march, and forestry and recreational activities spread seed to other woodlots. Once established, the invasive species wipe out biological diversity in the ground cover and shrub layers of a forest, inhibiting the regeneration of forest trees. One of the latest infestations, the EAB, threatens important forest ecosystems, killing entire stands of ash trees within a couple of years. According to the USDA Forest Service, the EAB – which originated in Asia and was first discovered in the U.S. near Detroit, Mich., in 2002 – probably arrived on solid wood packing material carried in cargo ships or planes. From Michigan, the EAB has now spread to at least 24 other U.S. states, plus Ontario and Quebec, Canada. It has been transported when people move firewood from infested areas to healthy ones. At a casual glance, many alien infestations do not raise alarm, but both beauty and danger are in the details. What happens to the future of a favorite butterfly when its required forest host plant is crowded out by garlic mustard? What happens to a river’s forest bird community when seas of invasive reed canary grass do not allow silver maple, river birch and cottonwood trees to sprout?

Once established, many invasive species can be almost impossible to eradicate. Nonetheless, determined people around the world work their hands raw every day in a fight to protect and preserve all that is wild. Workers toil over invasive forest plants with leather gloves, saws and paint-on herbicides. In lake country, thousands of dollars are spent on herbicide treatments to wipe out curly-leaf pondweed, while dozens of native plant species perish alongside the targeted. It may sometimes seem like a losing battle, but there are stories of success. Just as the woman in the song swallowed a spider to catch the fly, the wetland invasive known as purple loosestrife has met its match. In areas where foliage-eating weevil beetles of the genus Galerucella have been released, the loosestrife are being hit hard, tamed down even if not eradicated, allowing native plants to return the balance. Once the native plants bounce back, the wetland animal communities return home. 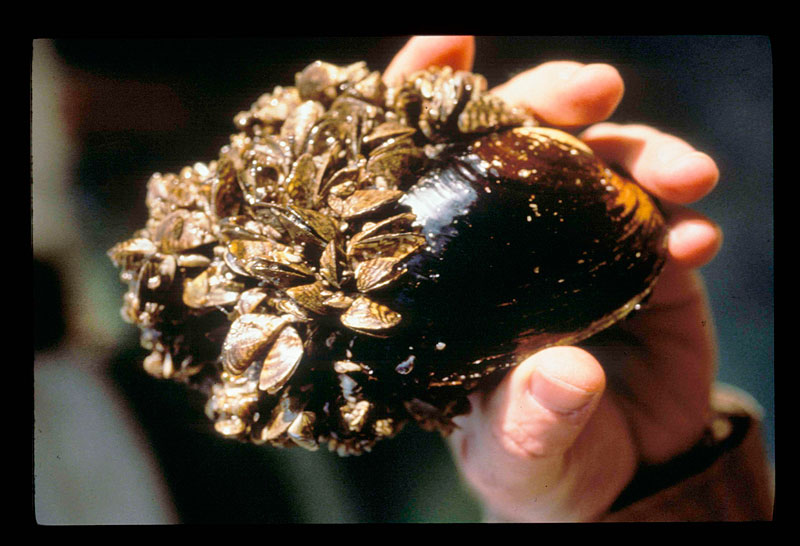 The true hope in the battle against invasive species resides in prevention. Here are some tips to keep the wild in your local wilds:

Worst Invasive Species in the U.S.

The Council of Great Lakes Governors refers to hydrillas as “perhaps the worst aquatic weed in the U.S.” But watch out for the water hyacinth. According to the Washington State Deparment of Ecology, “Aquatic plants scientists call water hyacinth the worst aquatic plant in the world! It is native to South America, but has been naturalized in most of the southern U.S.” Below are two lists of other invasive offenders.

According to the Smithsonian Institution, these are the top six invasive plant species in the U.S.:

Top 10 Invasive Animals in the U.S.

According to “Animals Behaving Worse” (PBS), these are the least wanted invasive animals in the U.S.:

You may be more concerned with the invasive species in your state. In Texas, for instance, giant salvinia is the top aquatic invasive plant priority for the Texas Parks & Wildlife Department. To browse state lists, go to www.invasive.org/species.cfm.