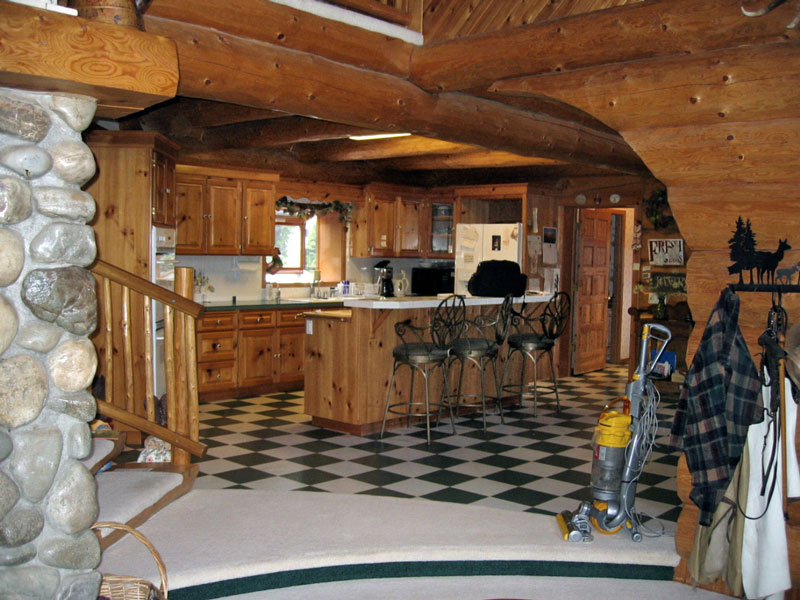 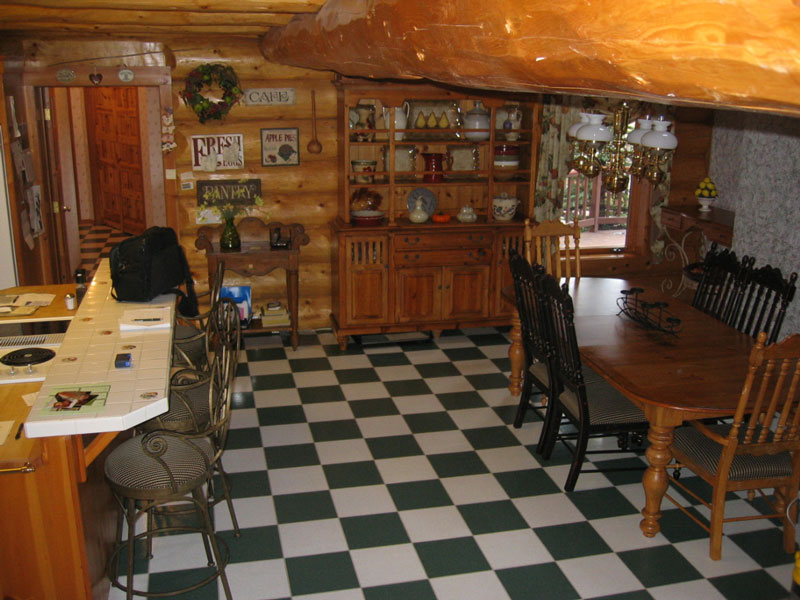 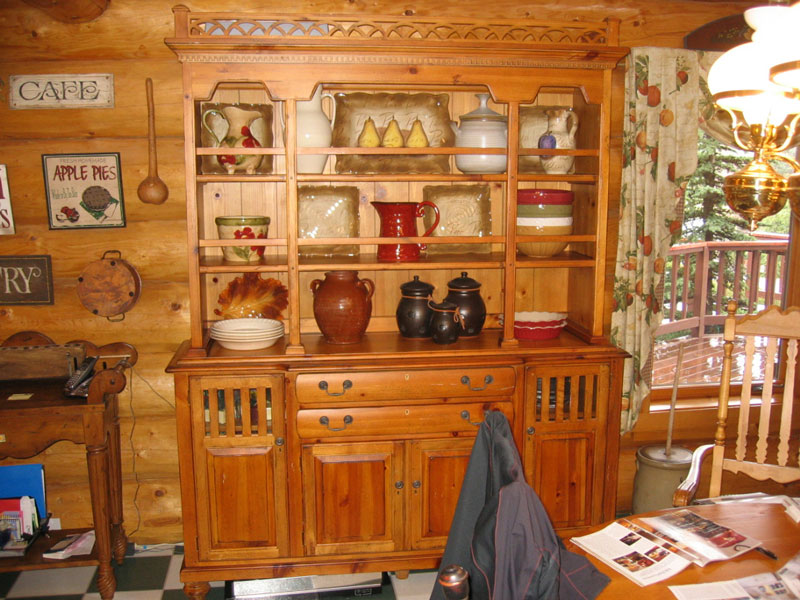 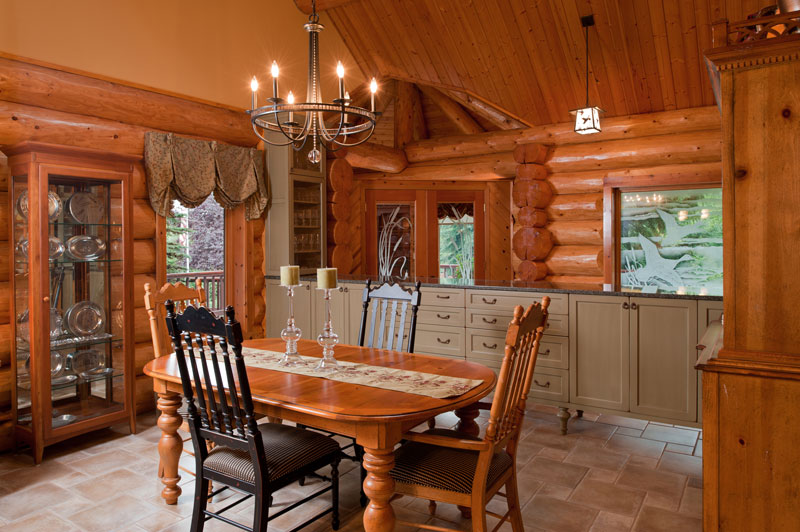 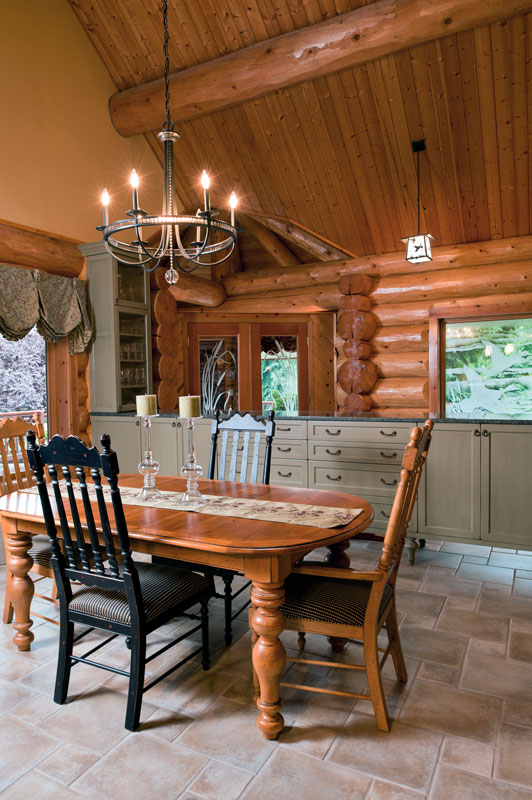 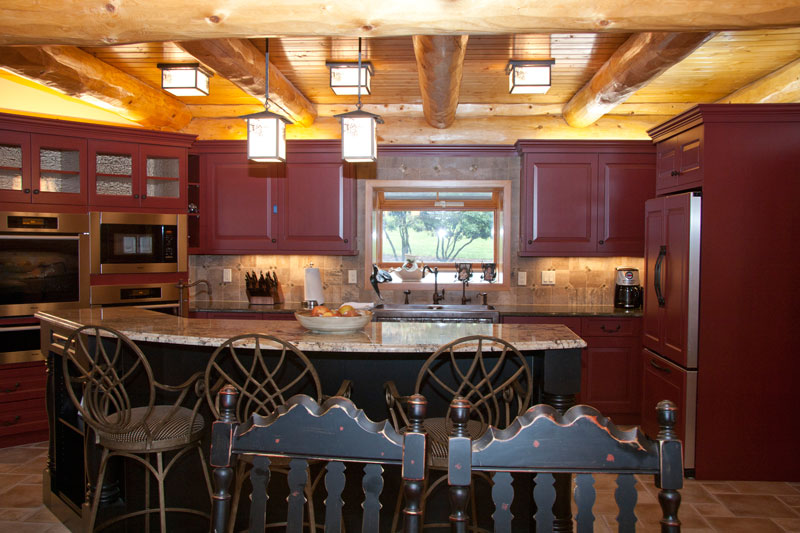 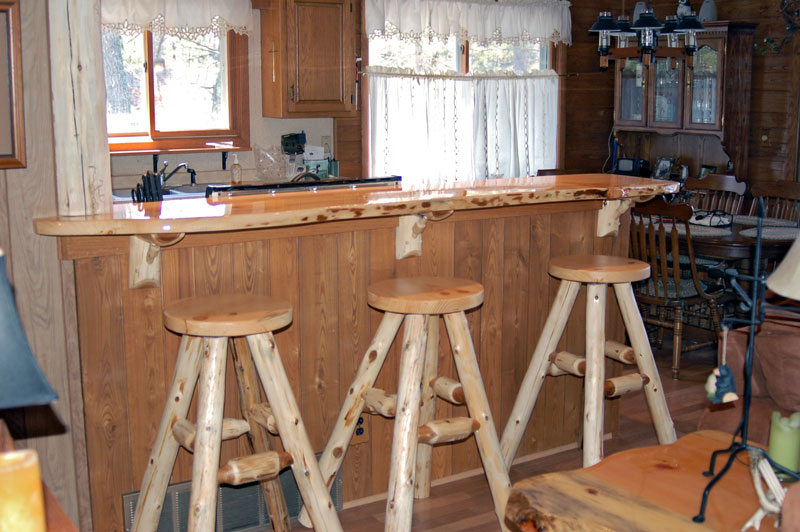 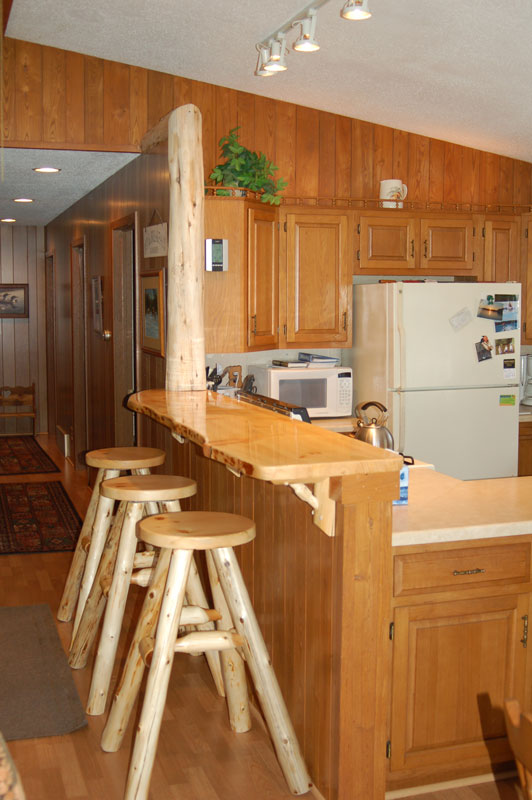 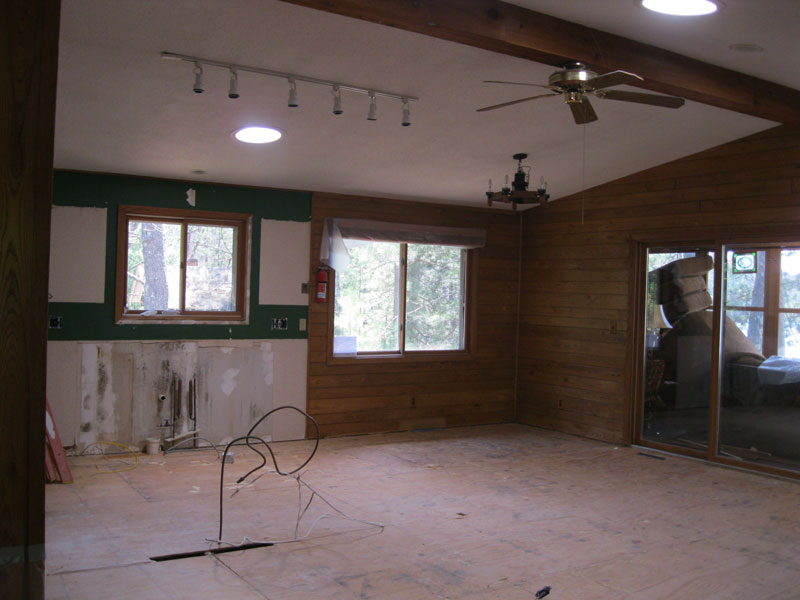 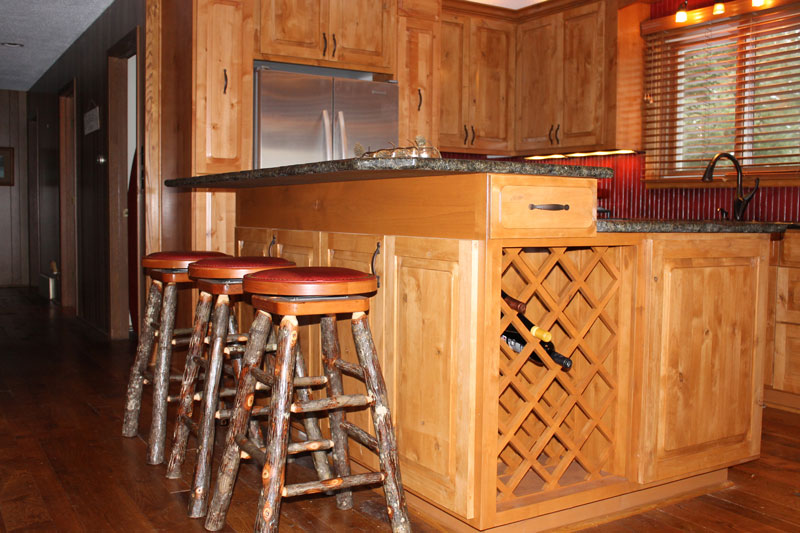 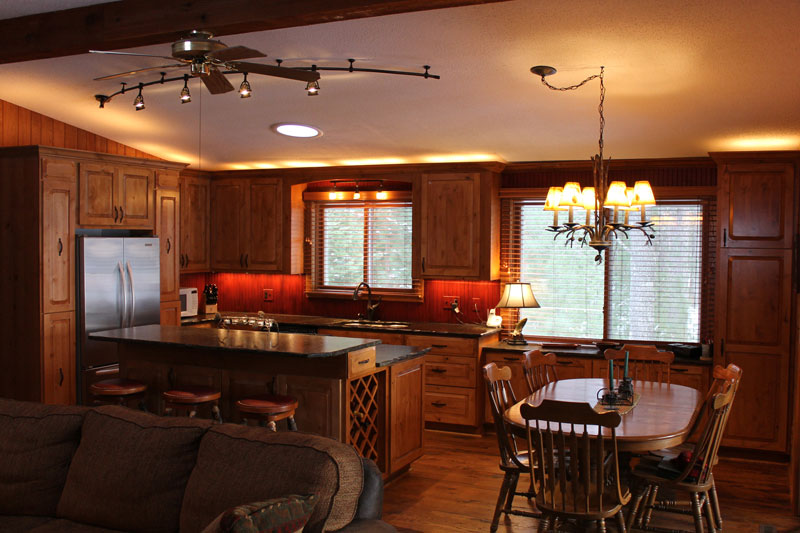 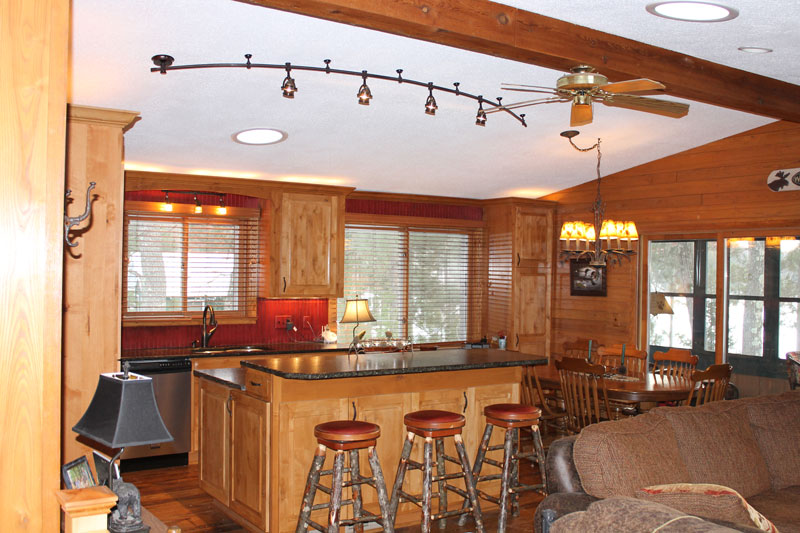 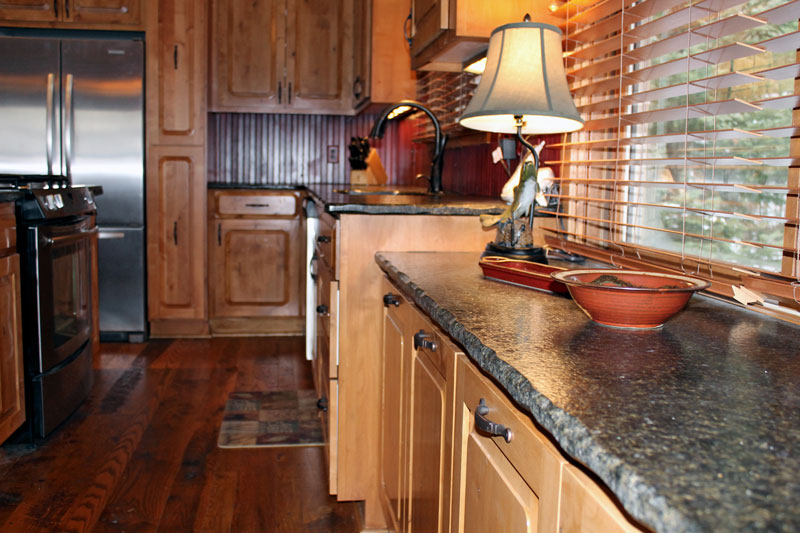 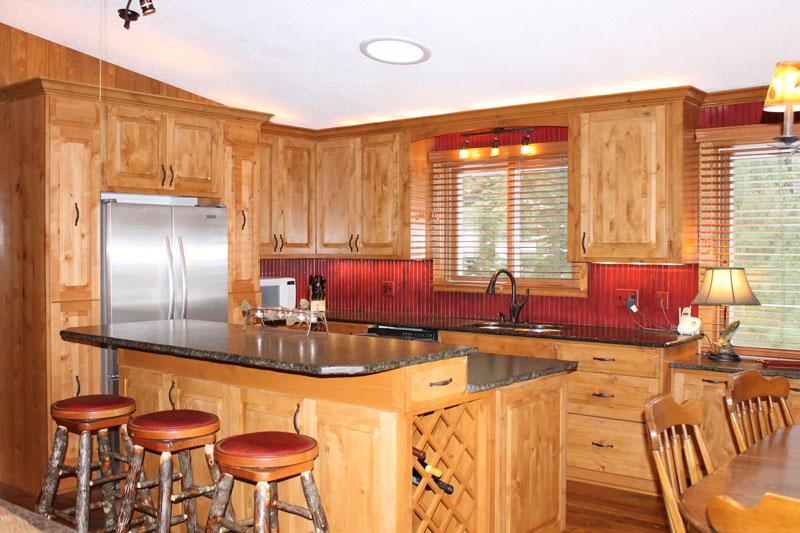 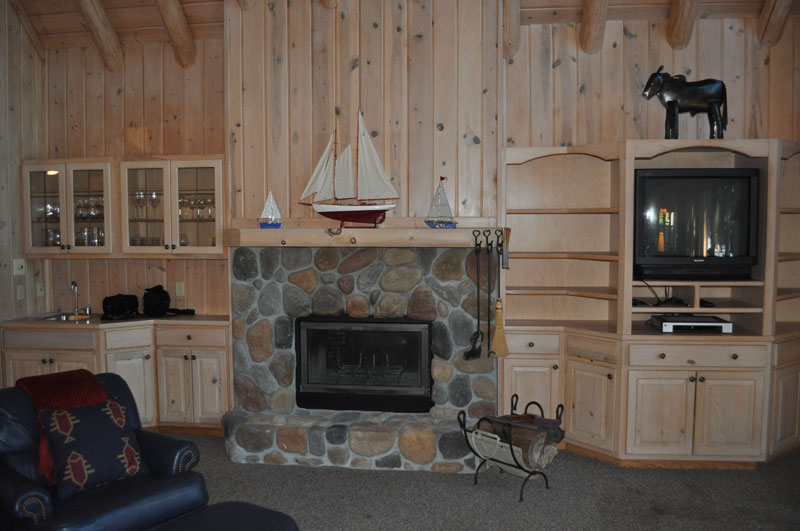 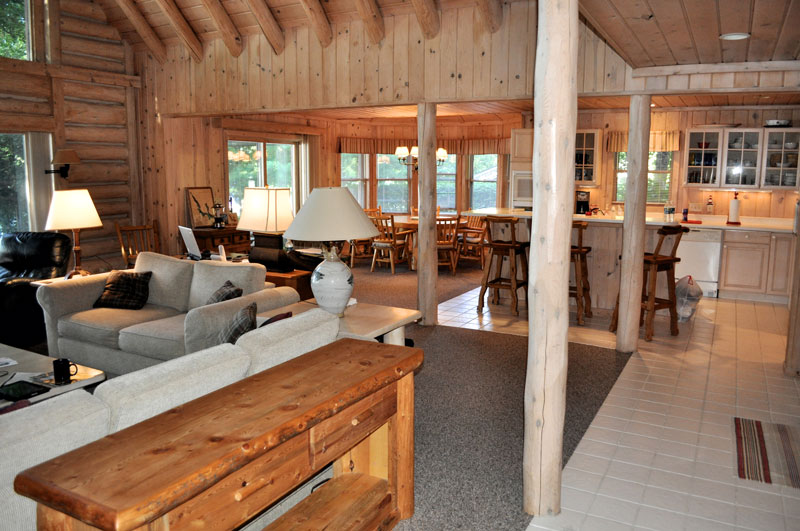 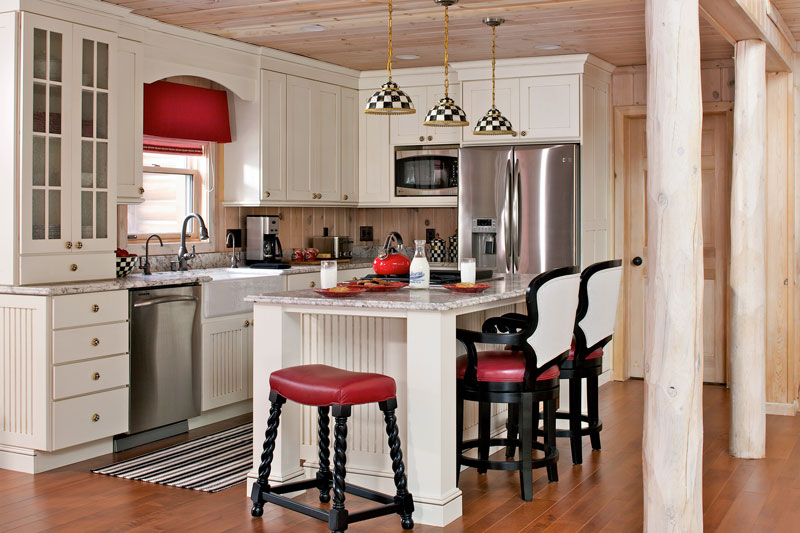 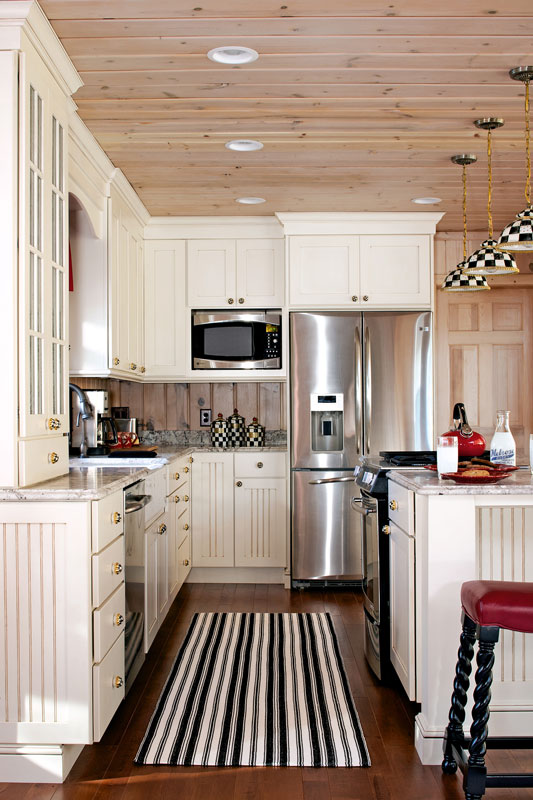 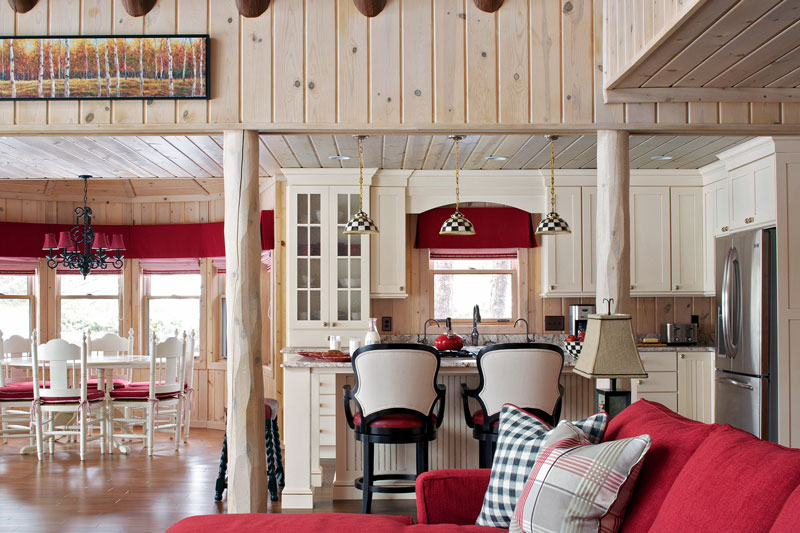 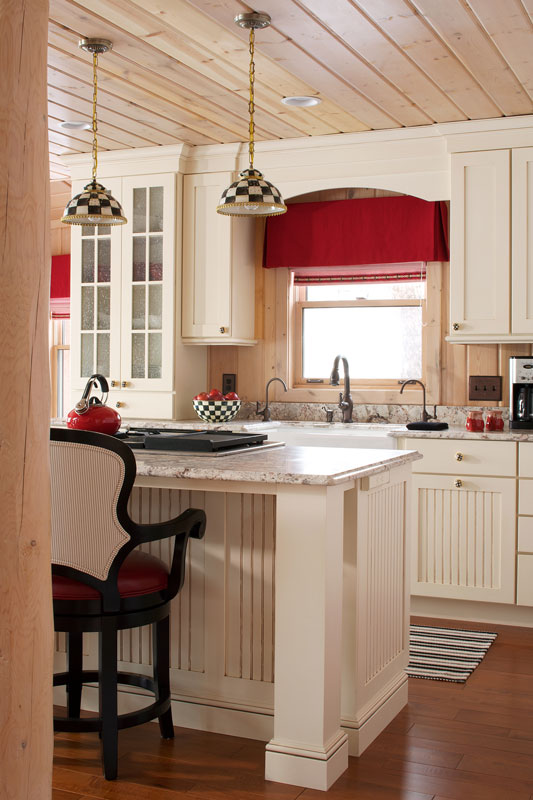 By Fran Sigurdsson & Mark R. Johnson There are many ways to remodel a kitchen. If you’re satisfied with your current layout, you can simply work with your current footprint. On the other end of the spectrum, you can turn your layout on its ear while removing walls, soffits and more. Does your cabin kitchen feel dated and dreary? You might find inspiration in Bernice’s kitchen redo. Bernice wanted to move from Idaho to southwest Washington to be closer to her children and grandchildren, and she found her dream retirement home on a beautiful 10-acre site near Hockinson, Wash., an area with rolling hills and dense forest. On her land, Bernice pastures her horses and sometimes her nearby daughter’s horses. The dreamy log home has three bedrooms plus a mother-in-law apartment above the garage, so it’s made for hosting. The kitchen was not dreamy, however. Bernice wanted to update the dated finishes. So she contacted Joel Fraley of Neil Kelly Company, a design/build firm with an office in Lake Oswego, Ore.

The existing kitchen was dark, as it’s the only space on the log home’s first floor without a vaulted ceiling, and it had little natural light. “The only lighting in the kitchen was some ugly track lighting,” Fraley recalls. Another project goal was to get rid of the existing plain pine cabinets. With very little drywall on the log home’s interior walls, Fraley felt that the home needed a punch of color. “There is so much wood in the house,” he says, “that we wanted to add some bold colors.”

Bernice now has a kitchen that can keep up with her cooking and hosting. She frequently has her grandchildren over, and hosts many family events. The light, bright and colorful new kitchen is a far cry from its predecessor. “Lighting was one of our biggest challenges,” Fraley says.

His team added surface-mounted fixtures between the island and wall cabinets for general lighting. To do that, they had to go upstairs, pull the carpet back and rout a channel into the wood subfloor that would hold the new wiring. Task and under-cabinet lighting was also added. All of the decorative lighting was custom made by Meyda Lighting. Fraley explains the color choices: “The red was chosen to add a bold color and stand out from the log walls. The black island was a nice contrast. My client was very willing to make bold color choices, so it was a lot of fun.”

The new wall cabinet countertop is Tunas Green granite, a color chosen to complement the red cabinets. The kitchen layout was left mostly intact. “The original kitchen layout worked very well,” Fraley says, “so we left all of the major elements as is.” The only significant changes were adding an island prep sink and removing a closet that blocked a picture window that offers stunning views of the property. The project went smoothly, which Fraley says is the norm for his team. “That’s what we excel at. Foremost is communication – setting and managing expectations, asking the right questions, getting to know your client, understanding them and what they’re going for.”
★