Lake & Land  Associations Have Your Back

The Value of Lake & Land Associations

These local groups are the best, on-the-ground conservation organizations in the country, and they also tend to be the center of social life in areas that may be remote. 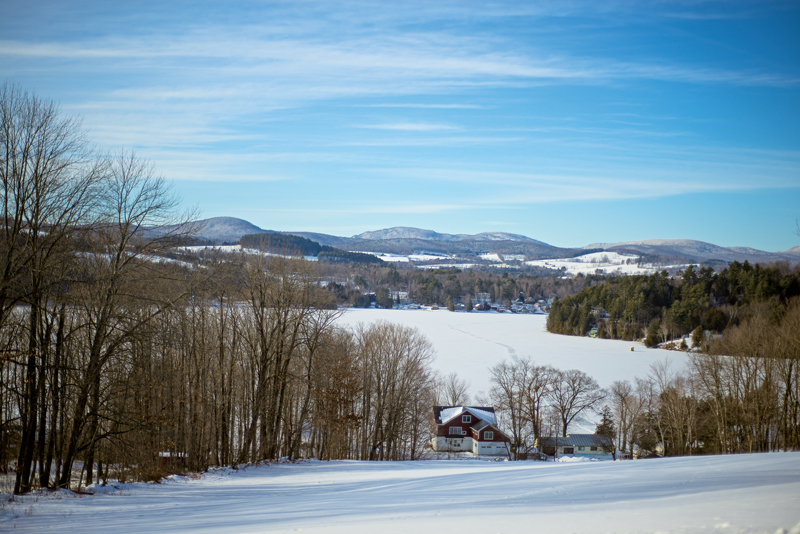 Photo: Sarah Walls, Clearbrook Studio
Keeping an eye out for the best interests of your cabin’s locale, whether it be on a sparkling lake, on land in gorgeous mountain country, or any one of the other myriad places that a relaxing retreat may be found, lake and land associations have your back. These unsung heroes are usually behind the scenes volunteering their time to maintain, protect and improve your lake or land area. From management groups with targeted projects to social organizations with get-to-know-you gatherings for members and cabiners, these associations strive to protect your cabin area, so you and the generations after you can relax and enjoy it. Here’s a look at a handful of these associations around the country: 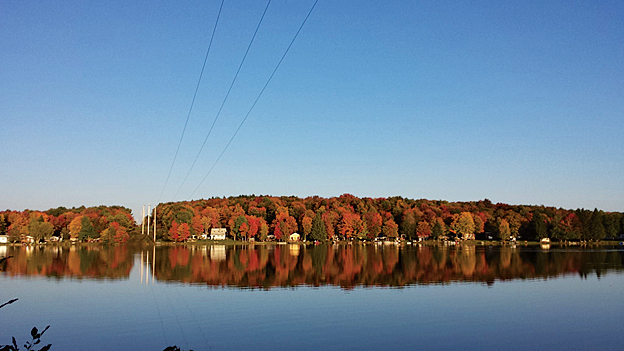 Built in the late 1800s to supply constant water supply to a downstream mill, Melody Lake covers 43 acres including a dam. In 1962, many property owners around the lake formed the association, and today it has 83 active members. The group monitors lake quality and deals with land and zoning issues, and because they have a dam as part of their area, they must conform to regulations of the state Department of Environmental Conservation (DEC). As such, each year they cut brush, tighten gabions, clean the spillway and open valves and flush pipes in time for an annual inspection. “I’m extremely proud of the willingness of the volunteers to help out,” said Bob Rosati, association president for the past 25 years. But nothing compares to the “helping out” that volunteers from the early 1980s did when the dam was deemed unsafe by the U.S. Army Corps of Engineers. Loving and protecting their lake, as is their mission, the association devised a viable plan. Volunteers did much of the back-breaking work themselves with a few contractors taking on the complicated tasks. After seven years, over 2,500 volunteer hours and $59,541.19 (They wanted to keep the expense to $60,000), the modifications were complete. The state DEC commended them saying “You and your association members are to be complimented on a job well done.”
See Also: A 1,600-Square-Foot Home in New York's Hudson Valley 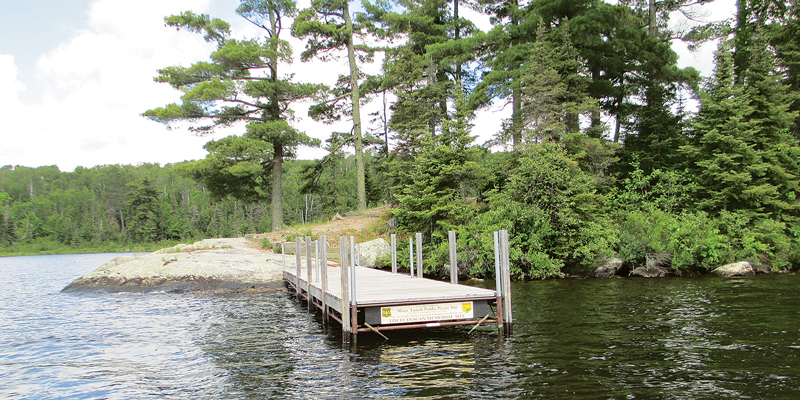 Lake Vermilion boasts northern pike, large and small mouth bass, crappie, bluegill and perch. Plus there are plenty of muskie and walleye due to the Minnesota Department of Natural Resources' stocking program.

Recently changing its name from the Sportsmen’s Club of Lake Vermilion, this 48-year-old, 2,400-member association covers the 40,000-acre lake that has about 313 miles of shoreline and 365 islands. The association provides many services that are typical of a lake association; its current priorities are fishery improvements and aquatic invasive species prevention. However, the association provides one service that is not so common – the maintenance of public, day-use, shore lunch/picnic sites found around the lake. The association worked with the USDA Forest Service and Minnesota DNR to designate public areas where boaters can dock to enjoy a shore lunch – typically fish from the day’s outing. The program began in 1994, and now Lake Vermilion boasts eight sites that are equipped with a dock, picnic table, fire ring/grate and a wilderness latrine. The lake association maintains the sites as a community service to assure they are safe and clean for the next group’s use.
See Also: Stay in a Cozy Minnesota Tree House 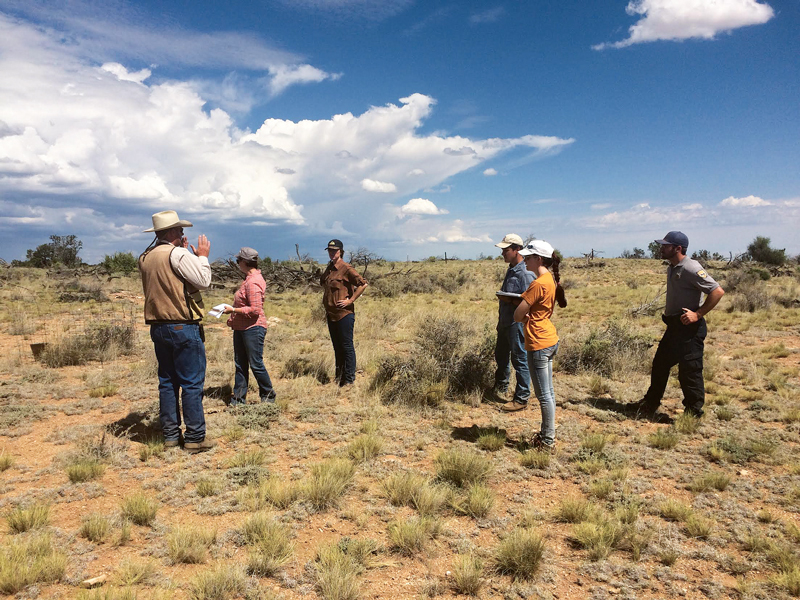 Representatives from the Natural Resources Conservation Service, ranches and Game and Fish Department discuss impacts of wildlife and cattle on grasslands alongside fire and other natural disturbances.

Began in 1993, this land association that covers approximately 425,000 acres of federal, state and private lands southeast of Flagstaff, cooperatively works on the social, biological and economic sustainability of those lands. With an open membership to anyone interested, it officially counts 1,250 newsletters that it sends. “Diablo Trust is one of the first organizations of its kind,” says Program Manager Jeremy Krones. “It brings together people of different backgrounds, professions and (most of all) philosophies of land management. We strive to make the land we monitor a more sustainable and productive space for the cattle ranchers, agencies and public.” One of the association’s main accomplishments is the establishment of Arizona’s first comprehensive rural planning area guide dedicated to the management of working lands. The association mixes education offerings along with annual social events like the annual meeting, campout and holiday party. They also organize semi-annual Days on the Land, which are field trips to the ranches, and a monthly Western life book club. Additionally, the association participates in community events, like the local university’s environmental film festival.
See Also: What Is the Best Place to Have a Cabin in the U.S.? 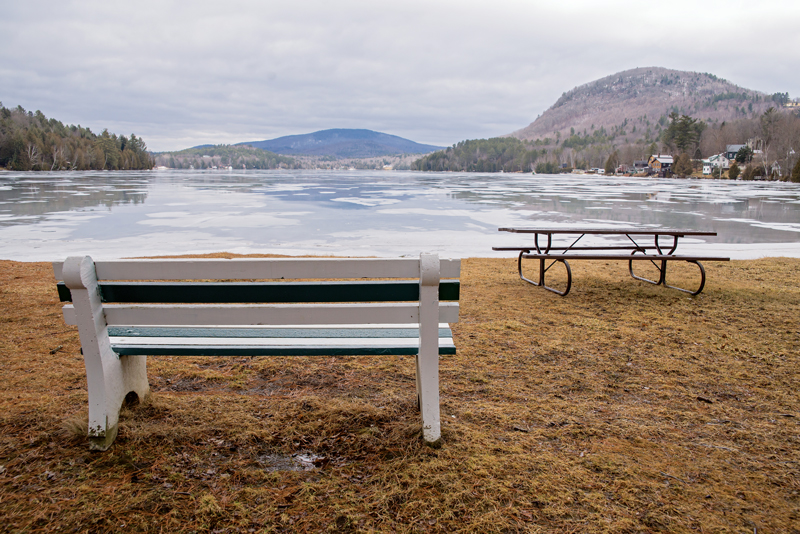 The French aquatic scientist Jacque Cousteau, who captivated many of us baby boomers with his thrilling expeditions on television, owes a very small part of his success to Harvey’s Lake (Barnet, Vt., and Caledonia County). It was here, in the 1920s, that the pioneer of SCUBA gear attended a lakeside boys’ camp where he learned to dive. The association, which was founded in the early 1950s, tucks that notable piece of trivia in its cap as it continues to maintain and protect the area and lake that Dr. Cousteau swam in. “Our biggest accomplishment is our greeter program to check boats and other watercraft before they enter the water,” says Jackie Sprague, serving her third term as president of the association. Seven days a week, 12-hours a day, from May through October, a pair of the greeters (there are six total) help protect the 351-acre lake from invasive species. Greeters’ services were deemed so invaluable that what started out as a volunteer initiative has evolved into partially paid services by the town of Barnett plus donations. Additionally, the association tackles issues resulting from an aging dam, like heavy rains causing backflow into the lake.


Stories From the Home Front:

Who Owns The Lake? You Own The Lake

Lake and land associations are spread across the country, and while they may differ in some small ways, their main concern is the same – the stewardship of the lake and land. Bob Rosati, Melody Lake Association President, had his eyes opened in conveying the group effort that this stewardship takes. “After being Melody Lake Association President for close to 25 years, I have a reputation for being either dedicated, bossy, a know-it-all or maybe a little crazy … depending on who you talk to,” says Bob. “One day my wife, Carol, and I were out fishing on the lake and overheard two young boys, about 7 years old, having the following conversation: Boy #1 (pointing to us) – ‘Those are the people that own the lake.’ Boy #2 – ‘WOW, they really own the whole lake?’ Boy #1 – ‘I guess so. At least my parents said they think they do.’"
“At first, I must admit that this concerned me,” says Bob. “But the more I thought about it, the more I was convinced that if more people thought that they own the lake, the more they might think about the health of the lake and how our activities affect the quality of our lake. In fact, my one quote I include in every newsletter is: ‘As property owners on Melody Lake, we have the obligation to alter our way of life to protect Melody Lake rather than alter Melody Lake to protect our way of life.’” Being a member of your local association gives you a voice and a place to take action in the preserving of the area where your retreat is located. “Lake People love their lakes, and there is no better way to protect the lakes than getting involved in the local lake or land protection group,” says Jeff Forester, Executive Director of Minnesota Lakes and Rivers Advocates. “These local groups are the best, on-the-ground conservation organizations in the country, and they also tend to be the center of social life in areas that may be remote.” Hats off to these lake and land associations for all they do in making our cabin areas wonderful places.

"Ice Out" - An Alarming Tradition

Being that Harvey’s Lake is in the Frostbelt, winter can be long. And while people love winter activities at their cabins, more often than not, they look forward to spring and the start of the best time to enjoy their retreats. Nothing heralds the start of spring at a lake like the ice breaking apart and the sight of water, referred to as “ice out.” Harvey’s Lake Association celebrates this occurrence with an ice out raffle and party. Anyone can participate in the raffle, which runs from December through March 17, St. Patrick’s Day (easy to remember). The tickets, available on the association’s website to download, in their newsletter and at local stores, have a spot to write your best guess as to the month, day and time the ice will officially be out. Completed tickets, along with cost to enter ($2.00 each, 6 tickets for $10.00), are mailed to the association. Those at the stores are picked up by association volunteers.
The official day and time comes from an electric alarm clock attached to a weighted float by a long rope. The float is placed on the ice in early March near year-round residents who can monitor it. The alarm clock is plugged into an outlet with an extension cord. When the weighted float goes through the ice, the rope pulls the electric clock cord from the extension cord, noting the time of day the ice disappeared: ice out. After much anticipation over the winter, the winner – whomever guessed that date and time or closest to it – is announced. That lucky person wins 50% of the total amount contributed to the raffle. Typically the total amount accrued is between $500 and $750. The association’s 50% goes toward the lake’s July fireworks fund. Harvey’s Lake ice-out dates had been catalogued since the 1940s by former resident fisherman and Vermont legislator, Elmer Faris. After his passing, the association took over the task. Over the years, there has been a range of dates. March 22, 2012, currently holds the record as the earliest ice out date. The latest was May 8, 1971, which followed a very long and especially cold winter. Ouch.

After more people arrive back at their cabins in April or May, the cabin season gets underway with an ice out party, that “Gail Flynn, a lake resident, graciously hosts,” says Jackie Sprague, President of Harvey’s Lake Association. “We also try to include the town board, state representatives and other dignitaries.” Attendees amount to between 30 and 40 people. “It’s a fun-filled social with food, music and lots of conversation.” Adds Jackie, “Gail felt that the more everyone gets to know each other from around the lake, the more support Harvey’s Lake Association will receive.”
★