At This Remote Lake Community, Barges Make Life Possible–Here's How

When your cabin is accessible only by water, getting construction materials or household appliances to your site involves using the services of a barge. Here's how barge companies make life possible on Lake Vermilion in Northern Minnesota.

Photo: Courtesy Vermilion Barge & Gravel
On this late fall day in northern Minnesota, Blaine Olson is delivering gravel. Protected by the bitter wind up in the pilothouse of his 60-foot barge, he’s crawling along Lake Vermilion at six miles per hour. The two 200-horsepower outboards push him past island passages.

“The low water levels from the drought made it hard to get into some places,” Olson said, explaining how he will winch down a couple of 16-foot ramps from the barge to the shoreline. “But I only need two feet of water to float, so basically I can land it anywhere.”


Olson is the owner of Vermilion Barge & Gravel and will be driving his tractor off the almost-amphibious boat, repeating the crossing as many times as necessary to empty the barge of several truckloads of gravel. This is a light trip. Sometimes he hauls a concrete truck, or a backhoe, or a semi worth of logs to be reconstructed at a building site. 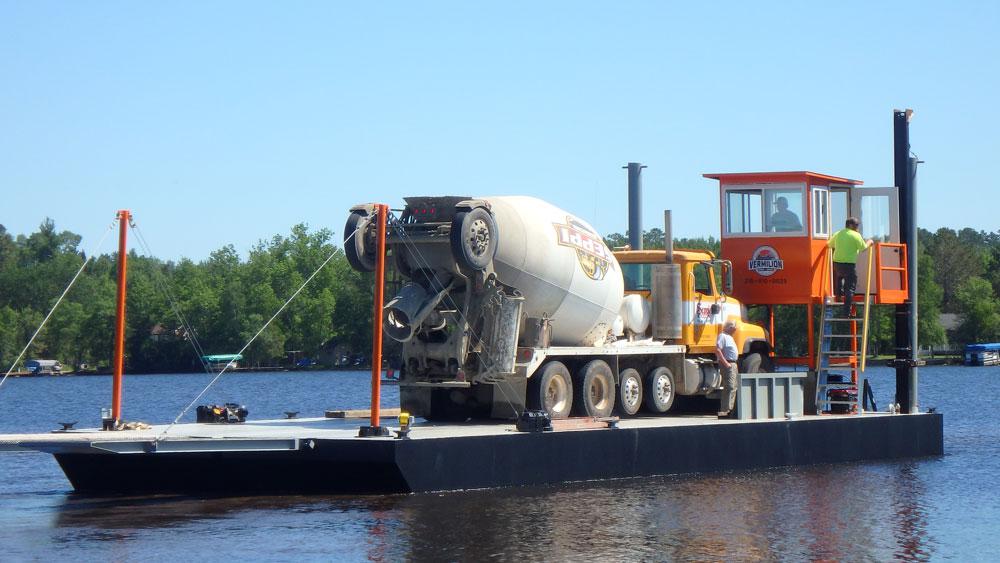 “I’m a service provider,” Olson said, sharing that his first year on the lake as a barger has been off to a strong start. “You can haul so much at one time. It’s just more effective than taking your own boat back and forth with timbers. Or if you were moving, you could just drive the loaded truck right onto the boat. It’s cost effective.”

Welcome to Lake Vermilion, in northern Minnesota, where almost half of the 40,000-acre lake is a wilderness area. The other half is speckled with beautiful and functional year round homes, many of which are not accessible but by water. It’s a dreamy place, with walleye, muskie and pike, tremendous white pine, and sheets of black Canadian shield rock. Much of the lake is inaccessible by car, which has made Vermilion a wilderness area by proxy. In fact, you can leave Lake Vermilion in your canoe, portage your way into the Boundary Waters Canoe Area via the foot trail to Trout Lake, and keep paddling into Canada.

When barges arrived on Vermilion around 25 years ago, remote lakeshore and island cabins (there are 365 islands on the lake) suddenly became more of a reality. Instead of simple hunting shacks made of materials that could reasonably be hauled in by pontoon or driven over winter ice roads, property owners built cozy wilderness homes with flush toilets.

“Vermilion has a unique micro-economy built around supporting the island and water-access only folks,” said Lisa Jancish, a realtor who works out of Tower, MN, a small community on the eastern side of Lake Vermilion. “The big barges make living out there a reality–it really opens up the possibilities.”


Today, a handful of barging companies ply Lake Vermilion waters, along with a smaller fleet of what are termed dock barges–boats that do exactly what the names implies, moving and installing the large heavy docks a lake this size requires. There’s even an official U.S. Postal Service mail boat route delivering Memorial Day to Labor Day. 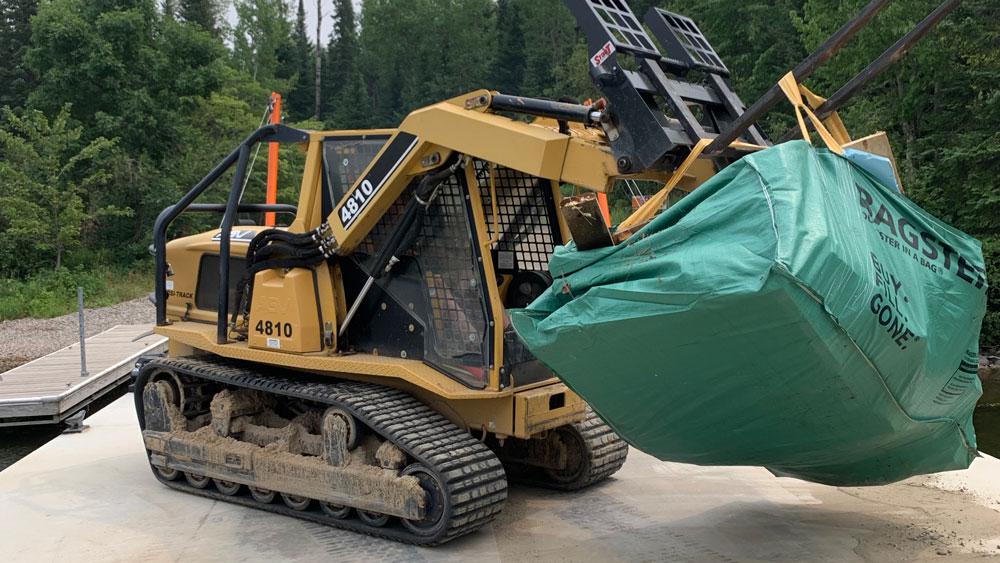 Photo: Courtesy Vermilion Barge & Gravel
At Ludlow’s Resort, fourth-generation resort owner Paul Ludlow is working with Blaine to complete a few projects before winter sets in. “There’s a lake culture here that’s unique,” Ludlow said. “It’s a cooperative thing on the lake. We’re all doing this together, living and working here. Sometimes it’s just who can get here with a barge first.’”

Ludlow’s 23-cabin resort is entirely water-access only, meaning he needs multiple septic tanks emptied and demolition bags filled with roofing material transferred to the dump. Ice near his place can be unpredictable, as it is in many parts of the lake.

“There’s a complex of ice roads, but we get this work done between the busy season and ice-up." Ludlow said. "I’m happy not to use my own boats. This is cold water.”


Ludlow and Olson are using up the last days of water; within weeks the smaller bays will begin to freeze over. Olson is ready to wrap up his first season. He’ll anchor in a shallow bay for the winter, decommissioning the barge for the winter. Perhaps he’ll even have time to name his boat.
See also: Design Considerations for Lake Cabins
★