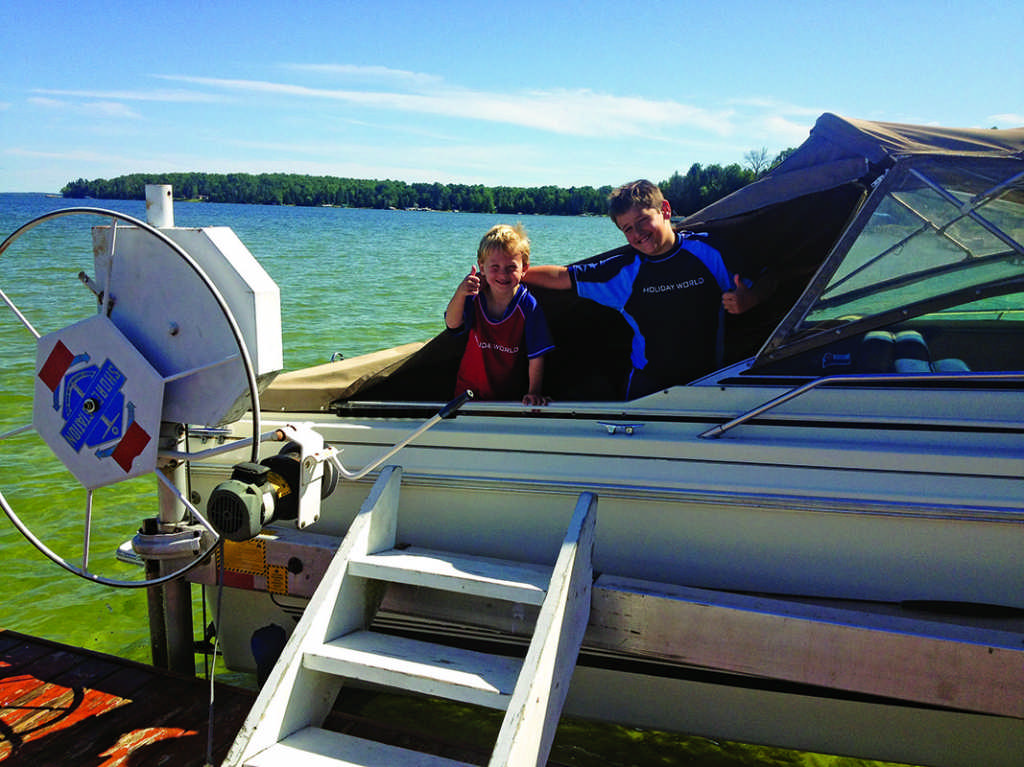 Let’s face it. The end of cabin season is heartbreaking. It’s tough to say goodbye to the boat rides and bonfires, clam bakes and cookouts, fishing trips and Frisbee tournaments. And I think it’s doubly hard on the children to admit the party’s over. In fact, some kids straight-up boycott reality. At least mine do. If your offspring has ever exhibited any of the following behaviors, it’s safe to say they, too, are bona fide cabin kids: 1. First thing in the morning, they slip into swimsuits rather than clothing. 2. After a hard rain, they ask which switch on the dashboard bilges the car. 3. Though they once perceived bugs, ants and daddy longlegs to be huge threats, they now welcome these same critters into their home as pets. 4. When you’re zooming down the highway, they ask, “How many RPMs are we going?” 5. They claim s’mores are an integral part of the food pyramid. 6. While their peers pack stuffed animals and Hot Wheels cars for show-n-tell, your kids bring in snorkel gear and tackle boxes. 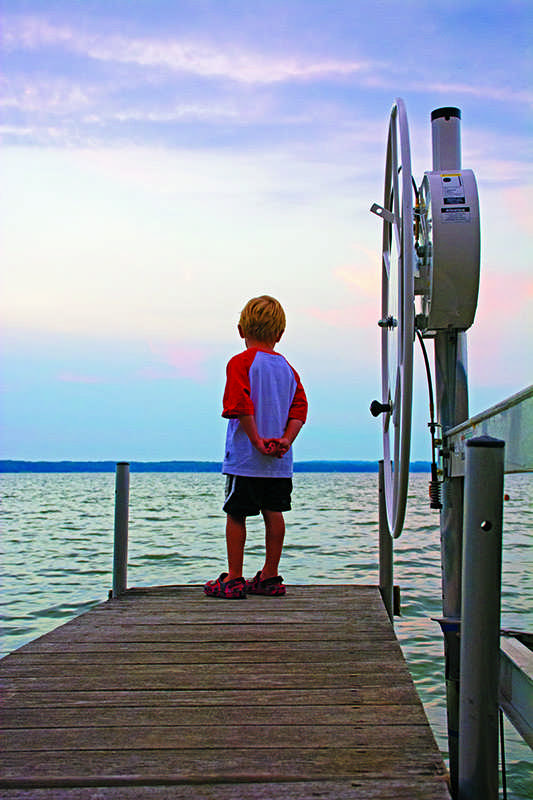 7. They feel every meal should be grilled and served on the deck, surrounded by tiki torches, moonbeams and chirping crickets. (Scratch that; this is how you feel.) 8. When you pull into the filling station, they stick their noses out the windows, sniff like playful puppies and proclaim, “Oh, yum! I smell boat gas!” 9. They have abandoned their interest in kitten adoption and are now begging you for a pet loon, swan or gull. 10. They balance on stacks of sofa cushions, then jump off of the cushions into a pretend lake made of bean bag chairs and pillows. 11. During snowstorms, they “paddleboard” around the yard by standing on a sled and pushing off with a yard stick. 12. They stack wooden blocks and plastic cups on the ledge of the bathtub to create hoists for their toy boats. 13. They press their life jackets to their ears like a conch shell, claiming that if they listen closely, they can hear the sound of the lake. 14. They insist on wearing swim goggles to bed. 15. The tuck-in routine includes a rotation of campfire songs. 16. Prayers involve the blessing of the decks, ducks, docks and all things cabin. 17. When you ask them to feed the dogs, they automatically grab a loaf of stale bread out of habit. “Dogs,” you tell them. “Not ducks.” 18. They ask you to download an app with the soothing sound of crunching gravel to simulate that giddy feeling of cabin arrival. 19. When you suggest playing Rummy or Go Fish, they whine, “But cards aren’t as fun when you’re not at the cabin.” (You agree.) 20. When you offer them chocolate chip cookies, they say, “But desserts don’t taste as good when you’re not at the cabin.” (You agree.) 21. When you announce that the family is going for a bike ride, they respond, “But biking’s more fun at the cabin.” (You agree.) 22. When you invite them to go swimming at the local pool, they complain, “But diving into a pool isn’t as exciting as jumping into the lake.” (You agree.) 23. When you ask if they would rather play mini-golf or go out to eat, they respond, “I’d rather go boating.” (You agree.) 24. While their friends create colorful paper chains as a countdown to Christmas, your children make “Countdown to Cabin” chains. (You fashion one of your own because, let’s face it, deep down you’re a cabin kid, too.)
★