How Free Cabins Are Helping Save Jackson Hole History

How Free Cabins Are Helping Save Jackson Hole History

With housing and historic preservation shifting in one of Wyoming's prized mountain towns, resident Esther Judge-Lennox is on a mission to save as many structures as possible. 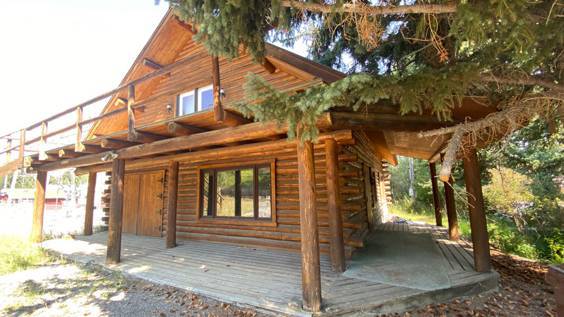 This log cabin is available until June 1, 2022. Learn more here. 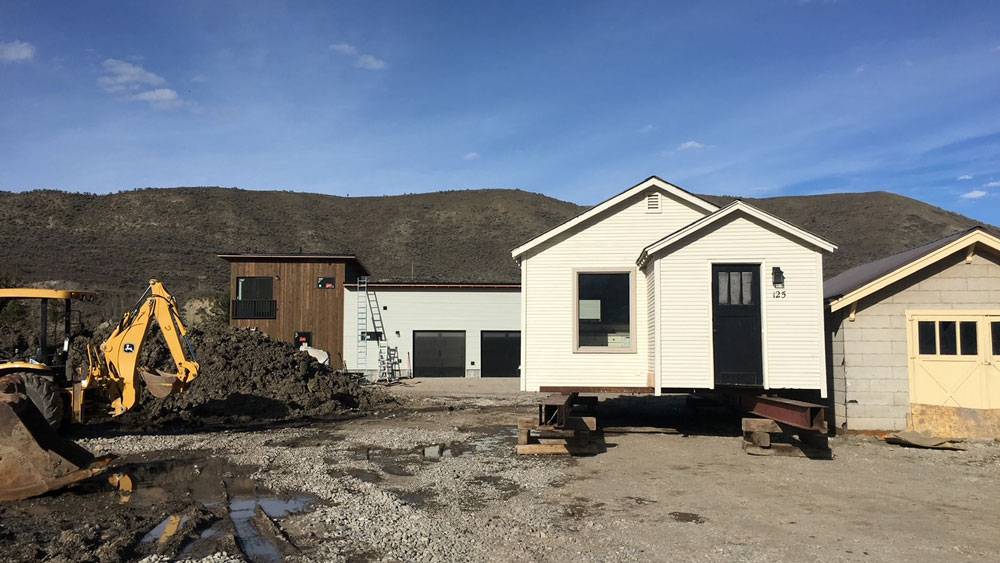 This quaint little home is where it all began. Learn more here. 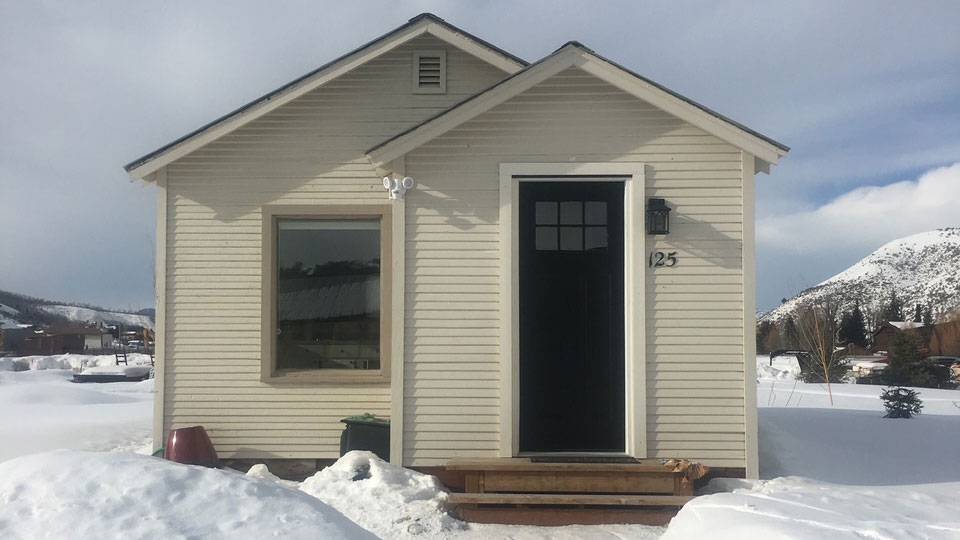 This house is the historic nurses quarters. "It was the largest, most profiled building I’ve moved," Esther says. "It set a new standard of what is possible. We dismantled the second floor and cut the first floor into two pieces and moved them on the semi." See more here. 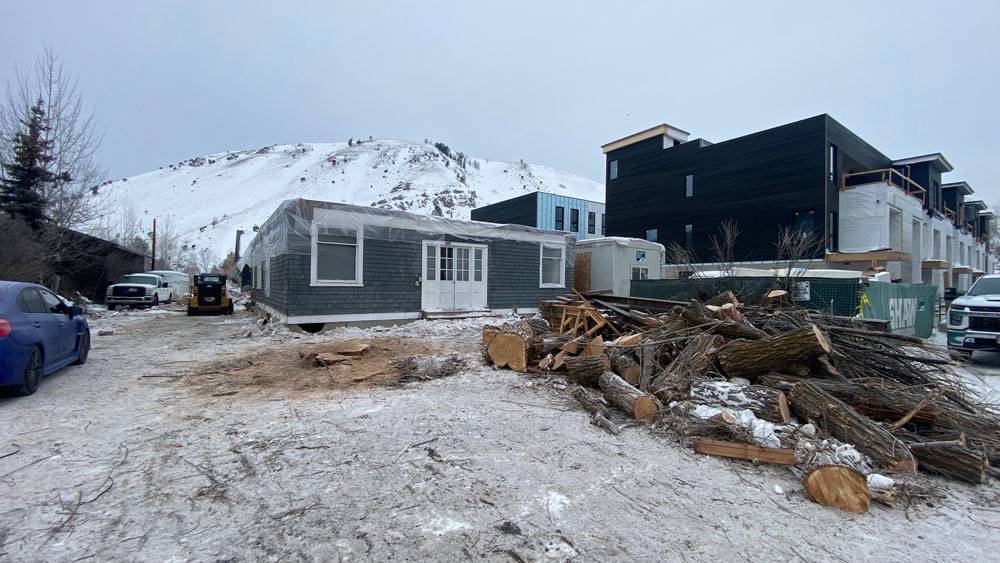 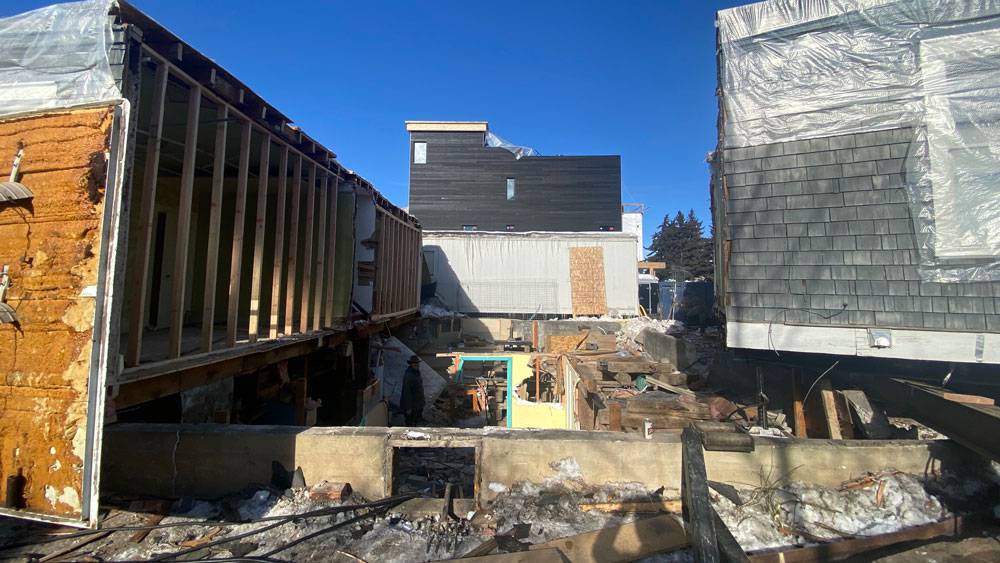 This log cabin is available until June 1, 2022. Learn more here.

Written by Karen Marley
Photos courtesy Shacks on Racks
It’s a future cabin owner’s dream. Located in Jackson, Wyoming, a beautiful, low-profile cabin features oversized, double-slab entry doors, a massive grand room, and an upper-level deck. Post and beam timbers and full log walls are weathered to a warm, dark patina. Originally built in the 1970s, this cabin was part of Jackson Hole’s vibrant history and enriched its beloved mountain culture. But as of early March 2022, it was free for the taking.

Owning your own cabin usually means purchasing one that’s already constructed or buying a piece of property and building from scratch. But there is another way.

Shacks on Racks, a pioneering organization based in Jackson, is a house-moving concierge service rehoming unwanted structures slated for demolition. These are not decrepit dwellings crumbling into obscurity. These are older homes and structures, filled with character and craftsmanship, falling victim to developers who are taking advantage of Jackson’s high-density zoning laws. By demolishing these older gems, they are making room to build high-profit, high-occupancy dwellings that can be sold or used as seasonal rentals. In this way, Jackson is being pulled apart one historical structure at a time.
For Esther Judge-Lennox, the founder and owner of Shacks on Racks, saving individual structures means saving the charm that brings people to Jackson Hole in the first place. Shacks on Racks addresses a problem that was not anticipated when the comprehensive plan for Jackson’s downtown was approved 10 years ago and zoned for high density construction.


“My mission is to save houses,” she says. “The dreamer in me is acutely aware of how prominent this issue is in beloved, historic communities. These structures are disappearing, and they don’t need to be. We are losing downtown Jackson. Rapidly.” 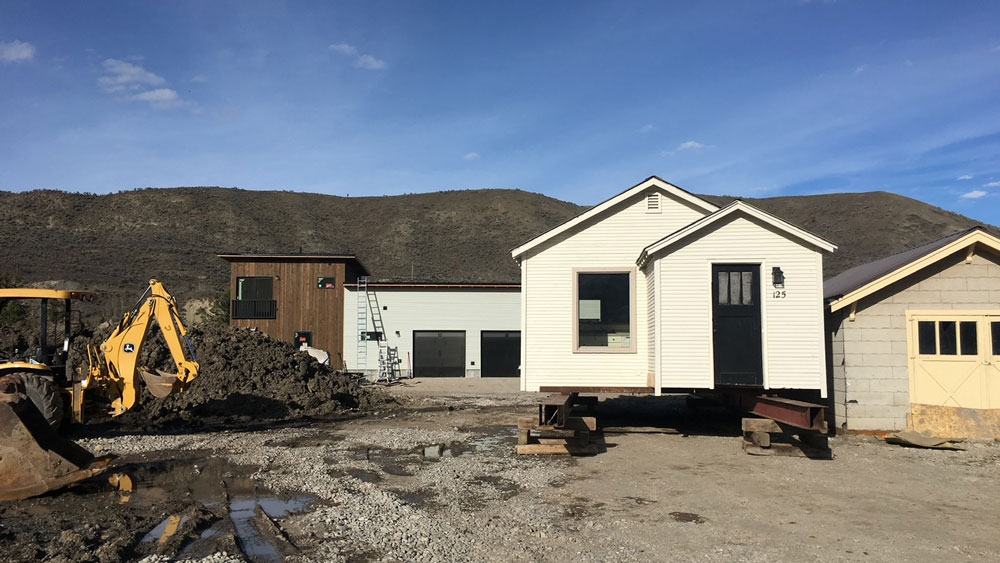 Throwing Out Houses and History

Mountain towns have always attracted an eclectic selection of residents. Carving out a living in these dramatic locales has never been easy. Today, Teton County is one of the most expensive counties in America with the nation’s highest per-capita income from assets. Not only are older, historic structures being demolished for high-density construction, but there is also a dire shortage of affordable homes available for year-round residents who breathe life into the community. It’s a double whammy.

“When I heard about a completely updated 1941 craftsman going to the trash, it blew my mind,” recalls Esther. “So many residents work really hard to stay here and someone was sending a beautiful, serviceable home to a landfill. I felt physically sick.”

Esther arranged to move the home. It sat on her driveway for 18 months on blocks before she built a foundation for it. With that, Shacks on Racks was born.


How Shacks on Racks Works

Esther searches public records of demolition permits. Depending on the timeline she’ll have anywhere between 10-90 days to move a house. Relocating a home requires managing a complex web of logistics that includes permitting, structural engineering, architectural drawing and house moving. Shacks on Racks takes care of it all.

The buildings are free in the sense that no money is required for the structure itself. But, prospective homeowners should know there are costs involved in transporting the home, having a place to put it, and meeting any codes and permit requirements. Moreover, upfront costs must be paid in cash. Owners and developers are encouraged to donate their “dump budget” towards the structure’s removal and relocation, which can lessen or eliminate transport costs.

Be ready to act. If a structure catches your eye (like that 1970s dream cabin), move fast. You often have a mere 24 hours to commit to the home in question.

Total output costs for the new owner (maybe you!) will vary depending on the condition of the building and its intended use. Structures used as homes will likely cost more to bring to code than those being used as outbuildings. But, the moral benefits include saving a treasured building from the landfill and therefore respecting the environment, honoring the dwelling, and acknowledging the community.


Find Shacks on Racks cabins and structures available for relocation by following on Instagram at @ShacksonRacks22. Learn more about the process at www.shacksonracks.com.
★