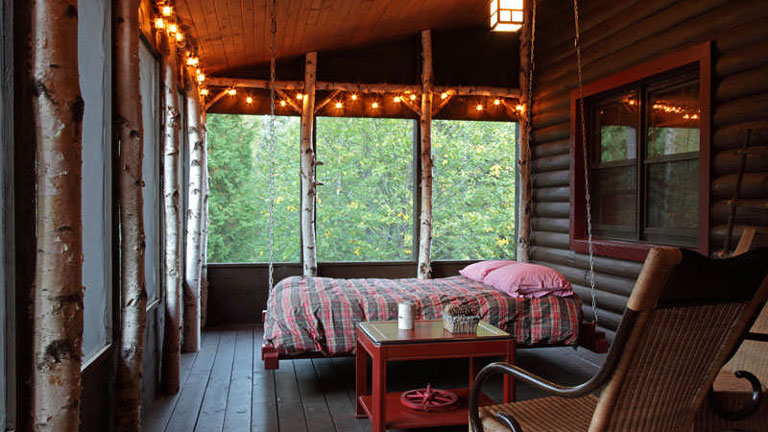 Photo: Greg Page Studios / See more here.
If you sleep on the porch at the cabin, you’ll remember it for the rest of your years. Sleeping porches are nothing new, but we’re falling in love all over again. A common feature of Southern homes, they were a practical way to let the cool night breezes lull restless bodies to sleep on hot summer nights.

Today, cabin designers (do-it-yourselfers and professionals alike) are bringing sleeping porches back. And with it, gaining more than just a place to make memories. Turns out sleeping outdoors is good for you.

It’s hard to overestimate how important screens were in areas where mosquitoes carried malaria. And some may recall that sleeping in fresh air was believed to help cure tuberculosis.


Today, experts say that recreating and sleeping in fresh air confers health benefits such as resetting circadian rhythms to align with light and dark and lowering both cortisol and blood pressure levels. Dr. Chris Harnden, a Colorado-based clinical therapist and college professor, runs a consulting business to work with builders on creating holistic home designs that bring these benefits like these indoors.


“A predominantly indoor lifestyle has only been an option for a relatively short time,” says Harden. “For millennia, we had a deeper connection with the outdoors. Consciously or unconsciously, we continue to seek this connection and in many ways even work to bring the outdoors in.”
Science backs him up. Studies show that tree-lined spaces lower cortisol levels. Taming this stress hormone lowers pulse rates, lowers blood pressure, and relaxes parasympathetic nerve activity. We also know that our body’s melatonin, a hormone that rises and falls with the ebb and flow of natural light, will align with nature. Melatonin is what makes us feel sleepy. Getting in sync with the sun and moon will help you feel that sweet exhaustion at just the right time.
“Especially in these pandemic days, a sleeping porch may be better medicine than we think,” Harnden said. “The long hours of blue light from computers has taken a toll on everyone. Our brains need a break.’” 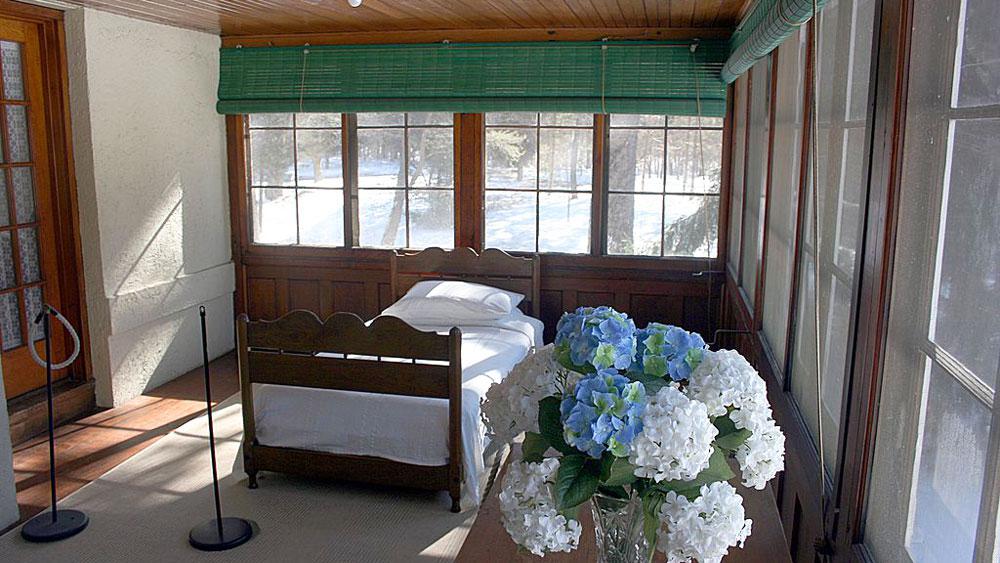 The sleeping porch at the Eleanor Roosevelt National Historic Site in New York
Photo: Wikimedia Commons / Rolf Müller
Before the glorious advent of air conditioning, people slept on porches if they were lucky enough to have one. Cynthia Voelke, now in her 70s and a Minnesota resident, remembers sleeping at her grandparents’ house in 1940s St. Louis. “In August, all up and down the street you could see mothers in housecoats trying to shush a pile of kids to sleep,” she remembers. “Sometimes someone would play some musical instrument, or a whole family would sing a song. I loved it!”
Drive through a turn-of-the-century neighborhood, and you’ll see all sorts of sleeping porches. Usually off the back of the house and on the second floor, these three-sided rooms were private family spaces--very different than the public front porch. Affordable factory-made screens became available in the late 1800s, making outdoor sleeping a more private affair.
But starting in the 1950s, homes were no longer built to harness natural breezes. Instead, they were designed to keep artificially cooled air inside. Windows stayed shut year-round, and kids were admonished to “shut that door before you let all the cool air out!”

Suzi Vandersteen of Kitchee Gammi Design Co is a designer based in Duluth, Minnesota. She says the last few years of pandemic living really have focused people’s attention on connection with the outdoors, and porches are the perfect solution.

“People started relationships with nature again,’ she said..”A semi-outdoor space where you can rest and feel the air move over you...it’s a return to what is good for us. Especially in the northern latitudes, where we have such a short time to be outdoors, to open the sleeping porch is to welcome summer. It’s a way of celebrating something so simple but so meaningful.”


Put a Cabin Spin on It

Photo: by Rick Hammer, courtesy Lands End Development
Older cabins are famous for their sleeping porches, deep and shady and quiet. Whether the porch holds a line of cotton-sheeted beds for packs of cousins, or quiet intimate nest for reading and snoozing, porch sleeping is tradition.

Laura Schultz says it was a competition, usually a card game, to see who could sleep on the two beds on the sleeping porch of her grandparents’ cabin near the Canadian border of northern Minnesota.

“We essentially lived outdoors for the entire summer,” she said. “It gets in your blood.” Today, Schultz owns her own cabin with a three-season porch that converts to sleeping quarters on hot nights. It’s a multi-purpose room designed to allow summer a front stage. “It’s very much a tradition that I’ve tried to pass down to my children.”

Vandersteen thinks a three-season room is a perfect sleeping porch, but says even an open porch can be converted to offer refuge.

“You can retain some of the old charm of a sleeping porch by outfitting windows with shutters, setting up a daybed with a canopy made of soft mosquito netting, and bring in a mountain of pillows,” she said. “It doesn’t have to be expensive or fancy.” 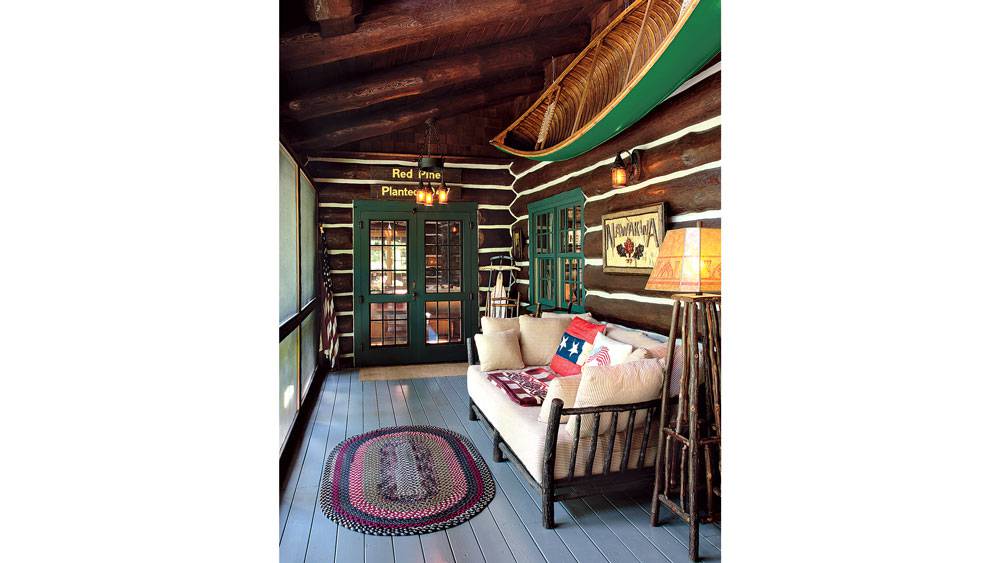 
Both designer Vandersteen and clinical therapist Harnden are big fans of what they refer to as “healing spaces.” A sleeping porch offers both nature and relaxation, but still requires a thoughtful approach. They offer these tips: