The Joy of Riding

The Joy of Riding

Whether your ride of choice is an ATV or snowmobile, your options are only limited by your imagination.

The morning is still, cold and clear. Last night’s fresh snowfall has covered the landscape, wiping everything clean. It’s just you and the great wide open. This is the joy of riding. Whether your ride of choice is an ATV or snowmobile, your options are only limited by your imagination. 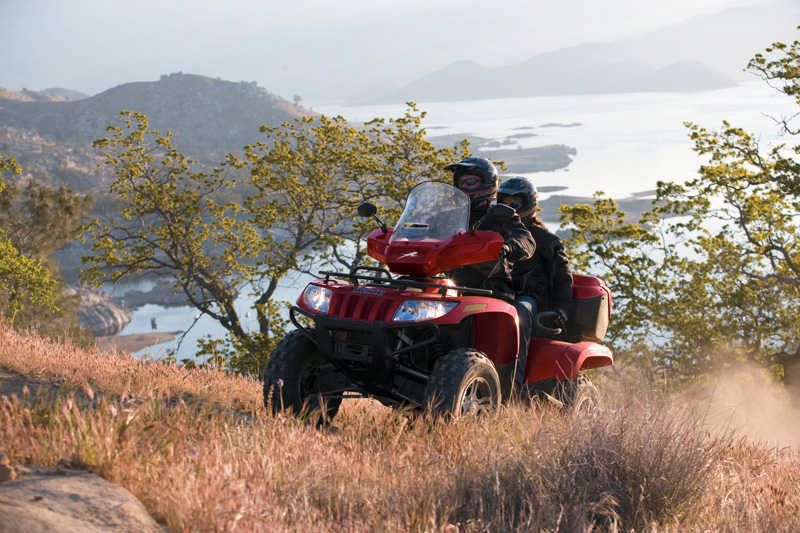 Your ideal ATV may be a hunting machine covered in camo or a workhorse for the cabin, something that can mow the lawn in summer and strap on a snowplow for the winter. Speaking of winter, you may be looking at a snowmobile with the latest innovations from snocross, while your wife’s thinking of something for the whole family. Luckily for you, powersports choices continue to expand. Maybe the best news of all: New design ideas, increased use of microprocessors and regulatory activity are resulting in better fuel economy in powersports vehicles for both work and recreation. Let’s take a closer look at what’s happening in the world of ATVs and snowmobiles.

Snowmobiles continue to evolve as manufacturers search for improved comfort and more performance in their power sleds. Rider-Friendly The seat position commonly found in snocross racing machines (called “rider-forward” because of the more active, engaged rider positioning) has been rejected by many enthusiasts – but just as many have embraced the sharper cutting and carving this seat position creates. So, many of the latest new models now take a compromise approach that emphasizes more comfortable ergonomics that smoothes out the bumps of the ride without cramping your knees or back, while still retaining the ride-quality and handling benefits of the rider-forward format. Return of the Four-stroke Early snowmobiles were all powered by four-stroke engines, but those wimpy power plants were completely driven out of the sport a generation ago by lighter, better performing and less expensive two-stroke engines. However, recent stricter exhaust regulations have brought about the return of the four-stroke engine to snowmobiling. New, more powerful four-stroke engines are available in every major snowmobile brand, but at a significant price premium over their two-stroke brethren for comparable performance. And now the two-stroke guys are fighting back. Arctic Cat and Polaris have taken steps to reduce exhaust emissions from their two-strokes while offering four-strokes for those who want the benefits of these types of engines. Meanwhile, the new Rotax E-Tec engine with direct fuel injection (DI) – available this season from Ski-Doo – essentially matches many four-strokes for low emissions while beating them handily on fuel economy, price and other benefits like push-button injection of storage oil for the summer months. Goodbye, Gas Guzzlers Fuel costs are becoming an issue in snowmobiling. Many of the newer snow machines do get better fuel economy than older sleds, partly as a byproduct of reducing exhaust emissions. Snow riders are also trailering less, opting instead to leave their machines at the cabin all winter long and ride from there exclusively. Many riders who have adopted this strategy are getting in more trail time than those who chase the snow. Going Retro But the hottest trend in snowmobiling these days is collecting, restoring, showing, riding and even racing vintage machines from the 1960s and ‘70s. Many of these old sleds are being restored to better than new condition – at considerable effort and expense.

Upgraded passenger seats and more power are two of the major trends all-terrain vehicle (ATV) manufacturers are focusing on. 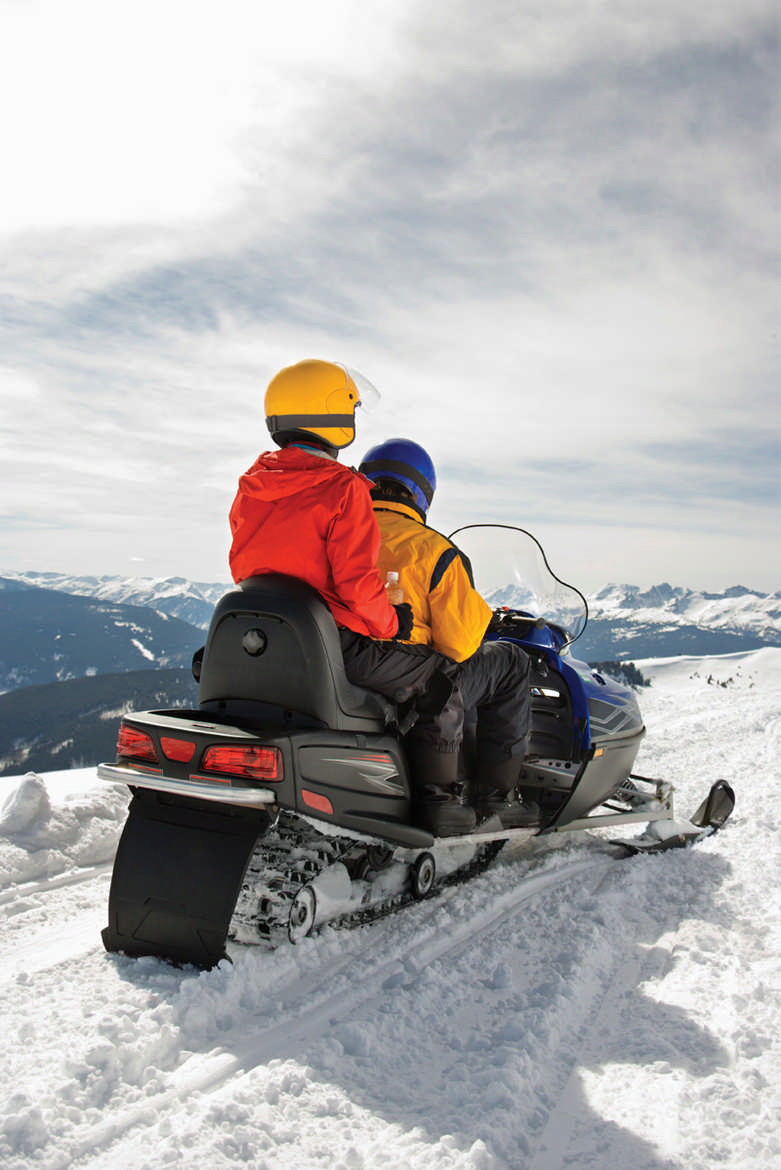 More Power On the power side, larger and more powerful engines have been a trend for several years. Increasingly equipped with the convenience of microprocessor-managed electronic fuel injection (EFI), today’s bigger engines provide more power for toting lots of gear and towing large, weighty attachments like heavy-duty rough-cut mowers and loads of firewood. EFI eliminates the need for a choke, provides more consistent starting in colder weather, and generally improves fuel economy at least a little, and sometimes a lot. One of the most powerful ATVs currently available is Arctic Cat’s Thundercat with a 950 EFI engine. Other favorites include the sweet-sounding Can-Am (formerly Bombardier) Outlander 800R (also an EFI), and the Polaris Sportsman 800 EFI. Several manufacturers including Can-Am, Polaris, and Suzuki also now offer EFI in their midrange (450/500 class) machines too. And Arctic Cat has introduced a diesel-powered ATV with massive low-end torque for serious utility users. Any of these powerful machines will make life a lot easier for those who mow large areas or plow snow around their cabin, harvest wood for heating or haul a fishing shelter out onto the ice. ATVs for Two Part of the reason for the extra power is the increasing popularity of two-rider machines. Ideally suited for couples or an adult and a youngster, these ATVs feature longer frames and wheelbases with tandem seats to carry two riders safely and in comfort. Arctic Cat, Can-Am and Polaris all now offer multiple models with tandem seats, some with luxury features like integral rack boxes, rear view mirrors, and heated passenger hand grips, while others are more utilitarian and less expensive. And some convert easily from passenger to cargo configuration, making them even more versatile around the property. Also becoming more common are the side-by-side two-seaters generally referred to as UTVs. Some of the newest models like the smaller and lighter Polaris Ranger RZR (Razor) are definitely more fun-oriented than the older model Polaris Rangers, which had a reputation for being work-first machines. Smaller, easier to use and less expensive to operate than a pickup truck, almost any of these side-by-sides can be a huge asset for property maintenance in a rural setting, or to support gear-intensive outdoors activities like hunting and fishing. Many of them can also be winterized with windshields and cabin enclosures. Plow away! A trend can come and go – in favor one moment and derided the next. But there is one trend in the ever-evolving world of snowmobile and ATV design that will never go out of style: how much fun they are to ride. When David Wells isn’t writing about ATVs, UTVs and snowmobiles, he’s riding them.
★