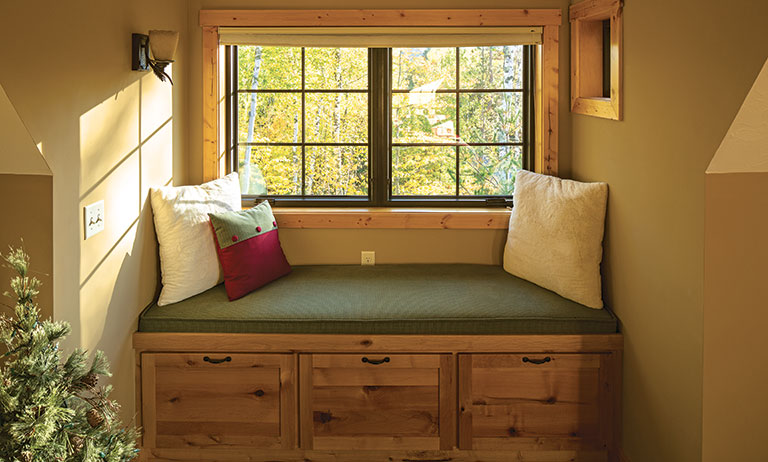 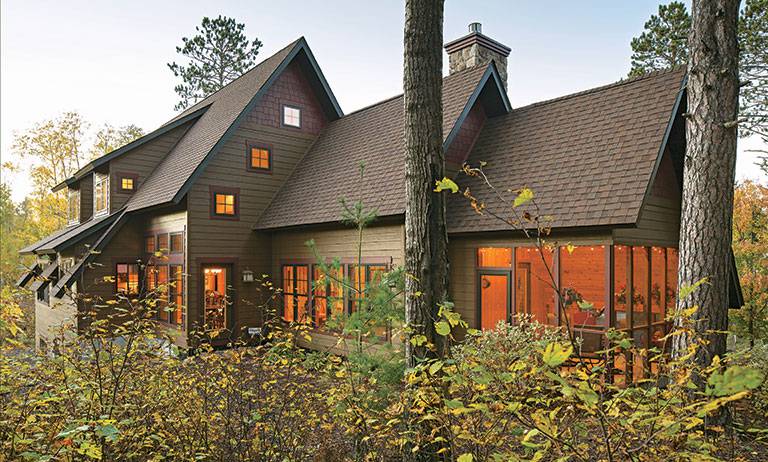 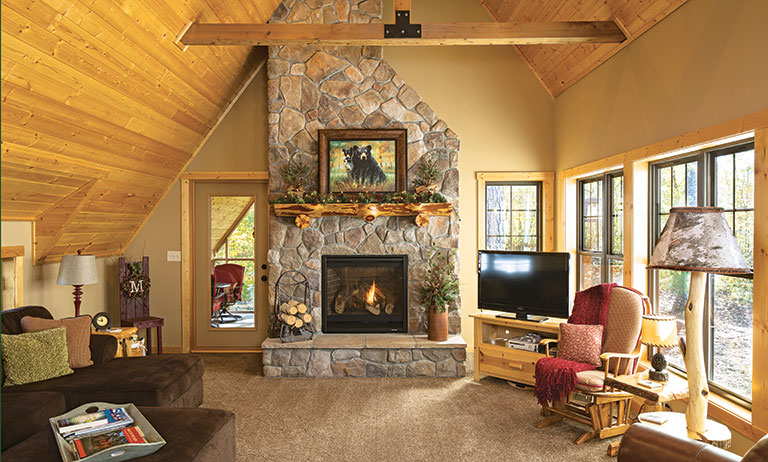 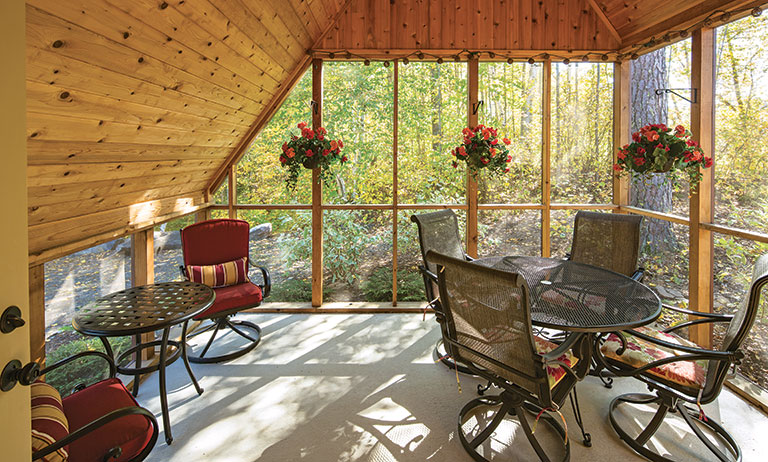 Over the years, the family has created many memories at Giants Ridge. “We’re so glad we captured on film much of our early times up there, including the girls’ ski lessons and time in the Lodge pool,” says Dirk. While the cabin is approximately 3.5 hours away from home, the family likes to get there as often as possible, spending every family vacation they could in the early years, to approximately twice a month or more now.
The four-season aspect of Giant’s Ridge allows for a bounty of activities. The Megarrys, an alpine skiing/snowboarding family, hit the slopes in winter. The other three seasons incorporate about 20 rounds of golf per year for Dirk, while Bonnie goes on power walks and hikes on trails including the Mesabi Hiking Trail. There are “guy weekends” for grouse hunting and ice fishing, and “ladies weekends” for hitting the local festivals, kayaking, some shopping and relaxing with a glass of wine.
“The environment that the area evokes drives our passion for being there, with the family connections both Bonnie and I have from the area making us feel part of it,” says Dirk. “Our passion for the times when just the four of us are together, especially Christmas morning, is very special. My passion for the woods, hunting, fishing, skiing and golf drives my desire for the location. Bonnie’s passion for the beauty of the woods, trails, canoeing and relaxing down by the lake drives hers.”
“The cabin is our home,” added Dirk, “connected to us through our family histories, our joint desires/design for what we want our dream home to be and above all – a place where family and friends will gather to build memories for the rest of our lives.” That’s connectedness.
See also: Polishing a Northwoods Gem
★