Everyone loves a beautiful fall season. But why are some years good for fall colors, when others are not? 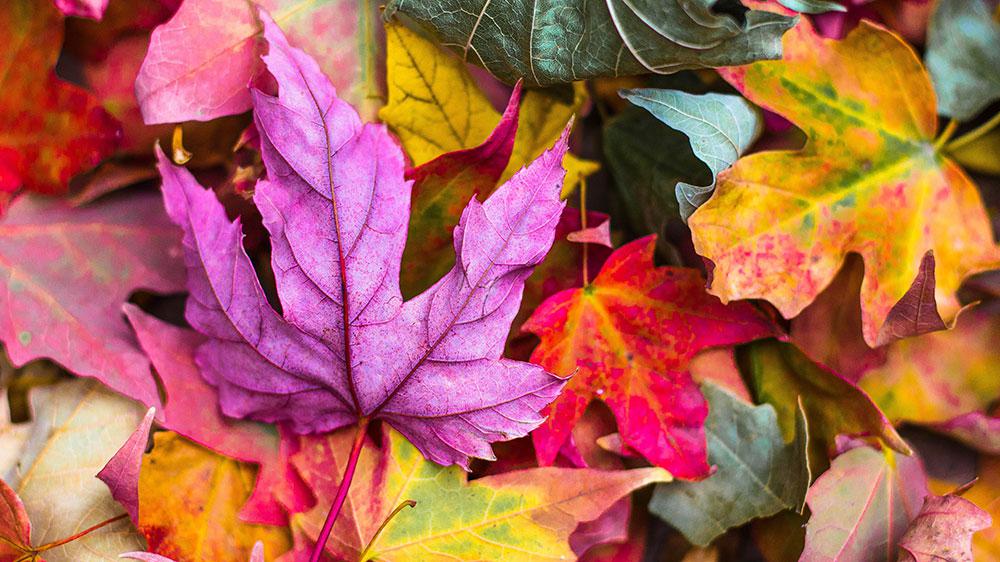 The best autumn colors come in years when we’ve had plenty of rain (so the trees are not stressed), warm sunny days and cool cool nights. Other factors such as soil conditions and genetics also contribute to the color change equation.

The whole process is a slow one, and it begins as the days start to get shorter in late June. This change in the amount of light causes the plant to produce phytochrome, the chemical that starts the process of dormancy.


A layer of cells is produced between the branch of the tree and the leaf stalk. This layer is called the abscission layer and it blocks the passage of water and nutrients (carbohydrates) to and from the leaf. The leaf’s production of green pigment (chlorophyll), which is the predominant pigment, begins to slow.
See also Forager's Pot Pie

When chlorophyll no longer colors the leaf green, we begin to see the other pigments that were previously masked. These carotenoids give the leaf its yellow, orange and brown colors.


Now, here is where the genetics fit in. Some trees also have the ability to form another pigment known as anthocyanin, which gives leaves a red or purple color. For anthocyanins to form there must be sugar present, so any weather condition that enhances the production and accumulation of sugars in the leaf helps with the intensity of the red color.
See also Scrambled Egg Trout

Sunny days result in a high production of carbohydrates in the leaf, and cool nights help to break those carbohydrates down into sugars. The cool nights also help to keep those sugars in the leaf instead of going to other parts of the plant. When the skies are cloudy and the nights warm, fewer sugars are produced and more are moved from the leaf, leaving us with less intense color to enjoy.


But what makes leaves fall off the tree? As the abscission layer gets bigger, it actually divides into two layers. One layer is protective and forms on the branch. The other is a separation layer and forms on the leaf stalk. Once both layers form, there is not much left to hold the leaf in place and down it comes.
See also How to Tap a Maple Tree

A popular myth about fall color is that we need a frost to produce good fall color. Killing frosts and freezing temperatures actually stop the color change and kill the leaves. So the best color comes when the nights stay cool (40-45 degrees Fahrenheit), but not freezing cold.

So that’s the process that brings about a wonderful display of fall colors. Enjoy it when it happens. Soon enough you’ll be raking up those leaves, and it’s nice to remember that at one point we really did enjoy them.

Master Gardener Audrey Hillman is a landscape and garden designer in Emmitsburg, Va. This story originally appeared at www.emmitsburg.net.
★