Q: What is the best time for trimming tree branches? And how long should fresh-cut logs sit before using them as firewood?

Q: What is the best time to trim tree branches? And how long should fresh-cut logs sit before using them as firewood? 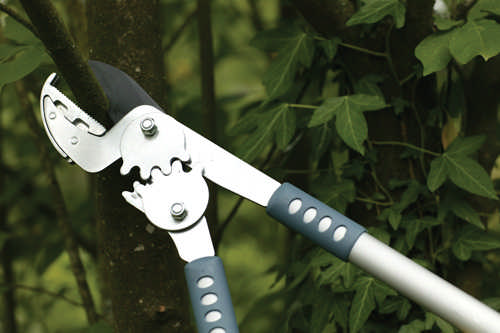 Photo credit: istockphoto.com
A: For most trees, it’s best to prune in that time between late winter and early spring when the new leaves have yet to sprout and the bare branches are easy to see and work with. Pruning during that time window limits the exposure of fungal spores and disease-carrying insects in the cut areas. Although it’s okay to remove a branch or two any time for most trees, oaks should never be pruned between April and October; oak wilt can spread during those months. Sap-dripping trees such as maples, walnuts and birches should be pruned in late spring or early summer to prevent bleeding. Flowering trees can be pruned before leafing or, to promote maximum flowering, after the flowers come out. As to your firewood question, the “Wood Burning Handbook” put out by the California Environmental Protection Agency says firewood should dry or “season” a minimum of 6-12 months after being split. The technical definition of seasoned wood is when moisture makes up 20 percent or less of its weight. You can speed up the seasoning process by the method you use to store your wood. Split big logs immediately into the size you want to use for your fires. Stack them loosely to increase air ventilation in and around the pile. Store the wood more than a foot off the ground in a nice sunny spot not too close to buildings. Cover the top of the pile to keep rain and dew off, but leave the sides open to keep it aired out. When choosing wood to use for fire, consider hardwoods such as oak and maple. They may take over a year to dry, but they make better fireplace fuel than softwoods such as pine and fir because they burn warmer and more efficiently and produce less smoke. Small pieces of softwoods make for excellent kindling.
★