While warm weather means summer adventures, it also means the start of hurricane season. If you live close to the coastline, it’s important to be prepared for the possibility of storms and have a plan in place if one is headed your way. 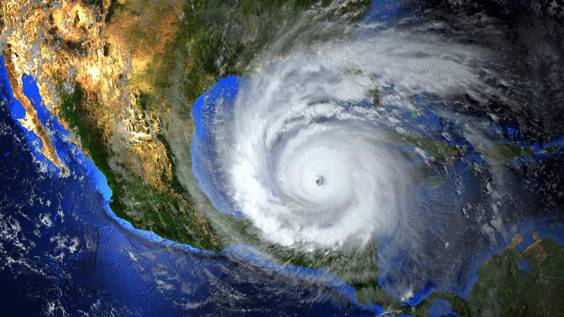 Make sure your family and home are ready to tackle any sever weather that may come your  way. Photo: Adobe Stock / Mike Mareen.

While warm weather means summer adventures, it also means the start of hurricane season. If you live close to the coastline, it’s important to be prepared for the possibility of storms and have a plan in place if one is headed your way.

Tim Tracy, a National Sales Trainer from Groundworks, had some advice and tips to make sure our readers’ homes stand up against a hurricane and how to tackle any damage that arises.

The Atlantic hurricane season starts June 1 and lasts until November 30. The National Oceanic and Atmospheric Administration, or NOAA, is predicting an active season, causing the FEMA Administrator, Deanne Criswell, to urge for preparedness.

“While it is FEMA’s goal to lead the nation, to set the example for the level readiness and preparedness we need to see for this hurricane season – we can’t do this without you. Please don’t wait – act now,” advises Administrator Criswell.

The increased activity is due to several climate factors, including the ongoing La Niña, warmer-than-average sea surface temperatures in the Atlantic Ocean and Caribbean Sea, weaker tropical Atlantic trade winds and an enhanced west African monsoon.

When you live along the Atlantic and Gulf Coast, hurricanes and tropical storms are common practice, but living outside of these areas doesn’t mean you’re in the clear.

The Southwest and Pacific Coast can have heavy rains and floods from storms coming from Mexico, and many islands, including Hawaii, Guam, American Samoa and Puerto Rico also are also at risk. Even residents who don't live in coastal areas can be in danger of flooding from the heavy rains associated with these storms.

“Low-lying areas accumulate the water and can have the most damage because the water is the most damaging part of a hurricane other than the high-force winds,” Tim said. “If the storm itself slows down in a low-lying area, it will dump a ton of precipitation and the flooding will cause a bunch of damage, both seen and unseen.”

While preparing your home is important, keeping yourself and your family safe should be step one.

“For people who have just moved into a new house, my recommendation is always figuring out how you are taking care of the family first,” suggests Tim. “There’s a resource called ready.gov which has an action plan which can serve as a starting point, and then you can add in school plans, work plans, establishing your emergency meeting locations, setting up family emergency contact numbers and looking at your community’s hurricane response plan. Once you have an idea of what this plan will look like, start practicing together so everybody’s on the same page.”

After your plan is made and practiced, the next step is having a water mitigation system. Keeping these components up to standard and checking them before storms is the surefire way to prevent as much water damage as possible. During a hurricane, water generally causes more damage than wind, and just one inch of water can cause $25,000 in damages, according to FEMA.

“Do you have a system in place to capture, channel and discharge the water?” asks Tim. “I believe in backups and a backup to your backup. You have your pump when everything’s working, you have a generator when you lose power and you have a battery backup if the generator isn’t working.”

Other tips to keep you, your family and your home safe include:

Once the storm has passed, you’re not fully in the clear yet. Whether you’re returning from an evacuation or exiting a safe spot in your home, checking for damage should be done as soon as possible.

If you return to a home that looks unsafe to enter, do not enter and wait for help. If the home appears structurally sound, the checklist of items to inspect starts from the ground up.